Prof. Fakotakis is currently the Director of the Communication and Information Technology Division of the Electrical and Computer Engineering Dept. (since 2005), Director of the Wire Communications Laboratory (WCL) (since 2004), and Head of the Artificial Intelligence Group. He was coordinator and principal investigator of more than 40 European and Greek Research and Development Projects.

The results of the scientific work conducted by Prof. Fakotakis or under his supervision (he has supervised more than 50 PhD students) has resulted in over 400 scientific publications in internationally recognized journals and conferences, which have been cited more than 3,000 times.

Prof. Fakotakis has been reviewer of large number of scientific journals, conferences, and grant proposals. He has been invited speaker and participated in the organization committee of many international conferences, as chairman, vice-chairman or member. 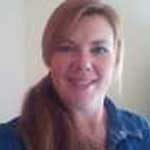 Emma qualified with a BSc (Hons) in Equine Science in 2003 and has had a passion for horses since a young age. She continued her academic career with an MSc in Applied Marine Science, gained in 2004. Emma’s main scientific focus was the navigational techniques of sea turtles and whether they use the acoustics of the surf-zone as a cue for nesting. She then worked for a sea turtle conservation project on the Pacific coast of Costa Rica before travelling to New Zealand where she worked as a Marine Interpreter. She has worked on research cruises off the coast of New Zealand, with the goal of monitoring sedimentation patterns and their effects on the oceans. Emma is also a qualified teacher of biology and chemistry and worked as a teacher in the UK for a number of years where she helped students design an app which allows rock poolers to identify crab species and send a geotag for recording purposes. 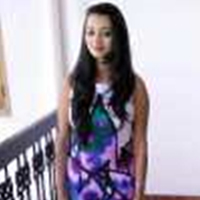 A postgraduate in Bioscience with work experience in research and communications in the healthcare, medical and scientific domains; areas of specialization include scientific content creation, medical editing, blogging in science and biotechnology, with a fair knowledge in grant writing and scientific journalism. Also, she is passionate about travel blogging, practicing yoga, volunteering in non-profits for education. 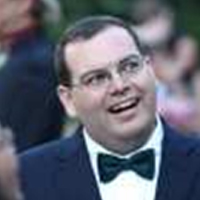 Charles R. Robertson received his B.Sc. degree in Chemistry from the University of Nevada, Reno, in 2003, and his M.Sci. in Chemistry from the same institution in 2006 under the supervision of Professor Benjamin T. King. During that time he studied computational chemistry, physical organic chemistry, transition metal catalysis and synthetic chemistry. He applied this towards the synthesis of curved polyaromatic hydrocarbons. He earned his Ph.D. in Medicinal Chemistry in 2011 with his work on converting the endogenous neuropeptide galanin into and potential therapeutic for the treatment of pain and epilepsy. Dr. Robertson has also worked internationally with the University of Utah, Salt Lake City and Inha University, Incheon, South Korea at the Utah-Inha DDS & Advanced Therapeutics Research Center. 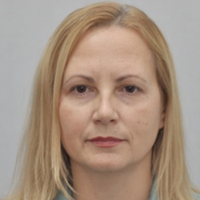 Dr. Otilia Kocsis received her BSc degree in Physics from the University “Al.I. Cuza” Iasi (Romania) in 1996, the MSc degree in Medical Physics from the University of Patras (1998), and the PhD degree in Medical Physics from the University of Patras (2004). From November 2002 until February 2008 she was working as a consultant for speech-based systems integration at SingularLogic A.E. (Greece). At the same time she was actively involved in a number of IST R&D projects (e.g. GEMINI, AMIGO, POLIAS). In the period March 2008 – June 2013 she was a postdoctoral researcher at the Artificial Intelligence Group of WCL, and was involved in the implementation of many R&D projects (MoveOn, PlayMancer, AmiBio, DRYMOS). In parallel, between September 2007 – February 2012 she was appointed on the position of Assistant Professor at the Technical Educational Institute of Patras, to teach Informatics and Research Methodology at the Social Workers School. In the period July 2013 – October 2015 she worked as an external consultant at SingularLogic, for the implementation of the R&D projects TELECARE and Cloud4All. She is currently a postdoctoral researcher in the Visualization and Virtual Reality Group. Her general research interests include telemedicine, mHealth, user modelling and profiling, and human computer interaction. She is author and co-author of more than 30 publications in international journals, conferences and edited books, and she has acted as a reviewer for several conferences.