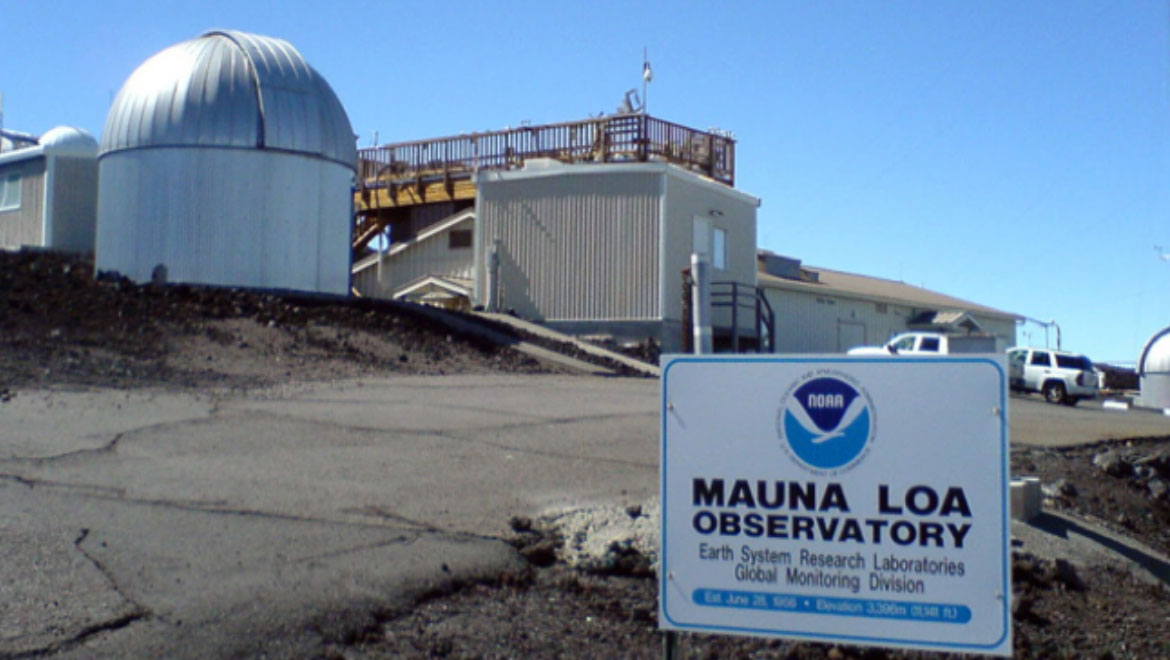 Atmospheric levels of carbon were registered at 415 ppm for the first time in three million years. This number was measured at the Mauna Loa Observatory in Hawaii by the Scripps Institution of Oceanography. The measure continues the upward trend of atmospheric carbon concentration that lies at the heart of global warming and the climate crisis.

On May 11, 2019, researchers at Hawaii’s Mauna Loa Observatory measured the chart-topping figure of 415 ppm CO2 concentration, meaning that carbon dioxide made up 415 of every one million gas molecules in the atmosphere. Although it’s difficult to place this number in perspective, climate expert Peter Gleick offered an apt frame of reference. He tweeted, “the last time humans experienced levels this high was … never. Humans didn’t exist.” For reference, our species, Homo sapiens, evolved around 300,000 years ago.

Mankind may not have been at the scene at this point, but ocean sediment and mummified plants, dating to the period, can provide a sense of just how different the world was.

The last time the Earth’s atmosphere contained the amount of carbon dioxide present today was during the Pliocene Epoch, 2.6 to 5.3 million years ago. This was when Antarctica was a plant-covered oasis, sea levels were an estimated 10 to 20 meters higher, and global temperatures were an average of two to three degrees Celsius warmer. Also, at that time, in the Arctic, summer temperatures were a full 14 degrees higher than they are today.

Ralph Keeling, Director of the Scripps CO2 Program, has warned: “Every year it goes up like this we should be saying 'No, this shouldn’t be happening. It’s not normal." This increase is just not sustainable in terms of energy use and in terms of what we are doing to the planet.”

The AFP report also states the Mauna Loa Observatory in Hawaii indicating that this shocking level of CO2 is just not sustainable.

Wolfgang Lucht, from the Potsdam Institute for Climate Impact Research (PIK), told AFP: "It shows that we are not on track with protecting the climate at all. The number keeps rising and it's getting higher year after year. This number needs to stabilize." 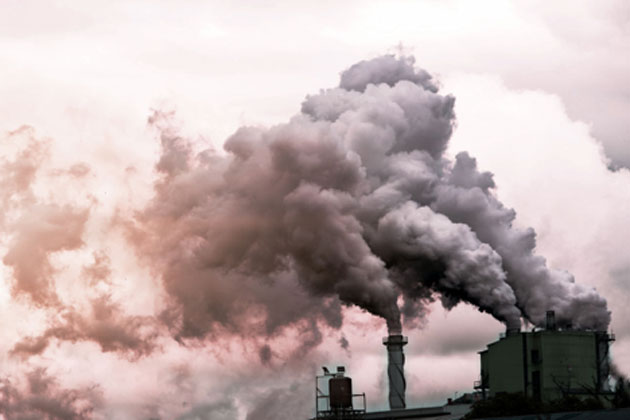 The rise in atmospheric pollution over the years has naturally caused an increase in carbon dioxide as well. (Source: Getty images)

"CO2 levels will continue to increase for at least the next decade and likely much longer because not enough is being done worldwide," said Donald Wuebbles, a professor of atmospheric sciences at the University of Illinois at Urbana-Champaign. "The long-term increase is due to human-related emissions, especially the emissions of our burning of fossil fuels."

However, he noted that the annual peak in carbon dioxide, which fluctuates throughout the year as plants change their breathing rhythms, is occurring right now. The annual average value will be more like 410 to 412 ppm, he said. According to him, these numbers are still very high.

"We keep breaking records, but what makes the current levels of CO2 in the atmosphere most troubling is that we are now well into the 'danger zone' where large tipping points in the Earth’s climate could be crossed," said Jonathan Overpeck, the dean of the School for Environment and Sustainability at the University of Michigan. "This is particularly true when you factor in the additional warming potential of the other greenhouse gases, including methane that is now in the atmosphere."

According to the Washington Post’s Jason Samenow, last week’s CO2-high was just one of multiple simultaneous indications of “human-induced climate change.”

As scientists in Hawaii measured carbon levels of 415 ppm, temperatures in northwest Russia surged to 84 degrees Fahrenheit, which is 30 degrees higher than the region’s average high of 54 degrees. In addition, Greenland’s ice sheets continued their relentless melting, which began more than a month ahead of schedule.

“We could soon be at the point where comparable reductions in ice sheet size, and corresponding increases in sea level, are both inevitable and irreversible over the next few centuries,” Overpeck concluded. “It's like we're playing with a loaded gun and don't know how it works.”

The release of CO2 and other greenhouse gases has already led to a one-degree (Celcius) rise in global temperatures, and we are likely locked in for a further rise if immediate action is not taken by the world's governments.

According to 70 peer-reviewed climate studies, in a world that is two degrees warmer, there will be 25% more hot days and heat waves, which bring with them major health risks and wildfires.

Around the world, 37% of the population will be exposed to at least one severe heat wave every five years, and the average length of droughts will increase by four months, exposing about 388 million people to water scarcity, and 194.5 million to severe droughts.

Experts predict that flooding and extreme weather like cyclones and hurricanes will increase, wildfires will become more frequent and crop yields will fall. Animal life could be devastated, with some one million species at risk of extinction. Mosquitoes, however, will thrive, i.e., a further 27% of the planet will be at a risk of malaria and other mosquito-borne diseases.

That's all at two degrees, a target that is increasingly becoming a hopeful one. At a temperature rise of three or four degrees, we enter a "hothouse Earth" stage that could render many parts of the planet uninhabitable.

previous article
Underneath an icon cracks the literal criterion
next article
Quantum Information: Making Two from One