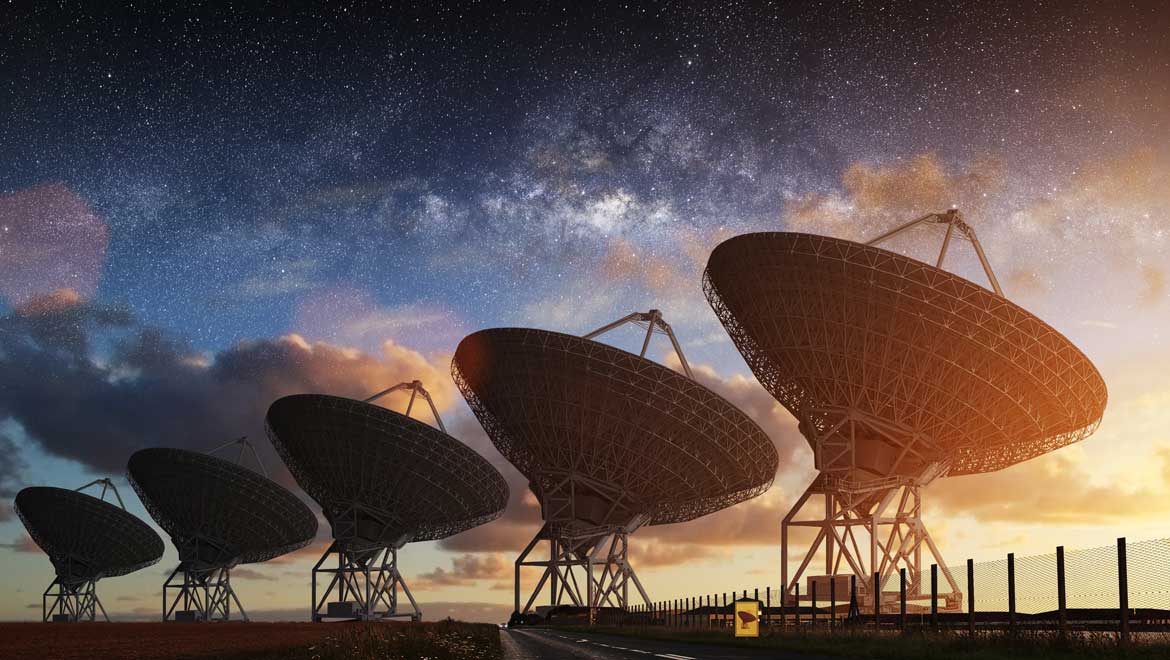 One of my favorite movies in the science genre is 1997’s Contact. The novel that it was based off was written by noted astrophysicist Carl Sagan and the movie had a good mix of fact and fantasy that actually seemed credible. Jodie Foster’s portrayal of Dr. Ellie Arroway, a scientist for the Search for Extraterrestrial Intelligence (SETI), was phenomenal. Many of the characters and events in the movie parallel actual events for SETI; except for detecting an alien signal, though it is SETI’s mission to seek out evidence of extraterrestrial life in order to understand and explain the origin of life in our universe.

As depicted in the movie, SETI uses radio telescopes to make observations in and around our galactic neighborhood. SETI does have optical telescopes, but unlike optical telescopes that probe the visible light spectrum, radio telescopes monitor a broader range of the electromagnetic spectrum. The instruments at SETI can receive data from billions of radio frequencies, as well as processing them simultaneously. When you are in your car, you tune your radio to a specific wavelength to listen to music or news; the radio telescopes at SETI look for signals that have a narrow bandwidth with greater energy or intensity than the background static.

In November 2016, the UC-Berkley SETI team launched its newest initiative, Breakthrough Listen, an ambitious 10-year investigation for intelligent life that is the largest yet. The survey will scan millions of stars and 100 of the closest galaxies. The program will even look towards the center of our galaxy, an astrological mystery that we still do not fully understand. Breakthrough Listen will use instruments that are 50 times more sensitive than existing scopes or arrays and cover a much broader radio spectrum. The survey will also cover 10 times more sky than before. With this system and other laser technologies, Breakthrough Listen has the potential to detect the energy of a 100-watt emission (the energy of a household bulb) from 25 trillion miles away.

To accomplish its goals, SETI will use three separate research stations around the globe. The NRAO Green Bank Observatory in West Virginia, USA, will monitor nearby stars and galaxies in the in the Northern hemisphere. The CSIRO Parkes Telescope in Australia will do the same in the Southern hemisphere, as well as probe the galactic plane of the Milky Way. The Lick Observatory at Mount Hamilton, CA, USA, will use innovative laser technologies and optical sensing on the nearest stars and 100 galaxies. 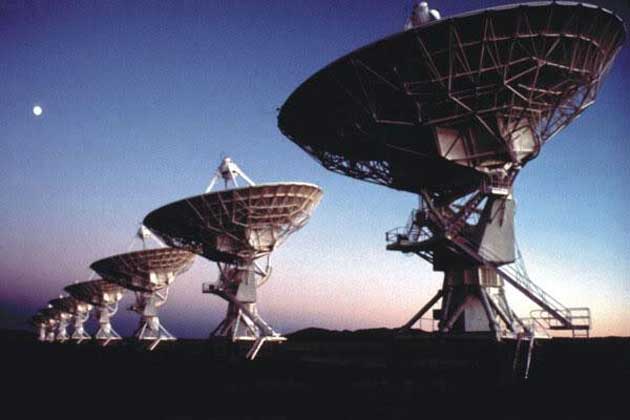 Fourteen days after being commissioned and carrying out test observations, the Parkes Telescope made its first discovery of an Earth-sized planet orbiting our closest stellar neighbor, Proxima Centauri. Only 4.3 light years away, the red dwarf star is now known to have an orbiting exoplanet within its habitable zone. Dubbed Proxima b, this new discovery has prompted a further initiative, Breakthrough StarShot. With so many questions, researchers are poring over the data. Though the chances of life are minuscule, Proxima b is virtually right next door.

The discovery of Proxima b shows the importance of SETI’s basic discovery research. We would have never found this out if we actually had to visit Proxima first hand. With our current propulsion technology, it would take hundreds of millennia just to get close. Of course, we are now in an age where we can send out probes to observe astronomical phenomenon at a fraction of the cost, but their travel is still slow. The Breakthrough StarShot initiative, spurred by Proxima b’s discovery, would use sophisticated, light-powered propulsion for nanotech devices to travel at speed up to 100 million miles per hour. These ultra-light crafts could travel to Proxima in 20 years and collect a slew of data in the process.

Of course developing this technology doesn’t come cheap. In the motion picture, Dr. Aroway searches for donors for her research and this is very much true. Many of the scientists at SETI are self-funded from a variety of sources; SETI does not receive any direct funding from the US federal government. Some projects may be funded by NASA to SETI, but a majority of the funds are generated by private contributors.