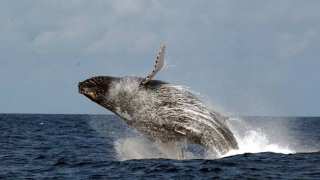 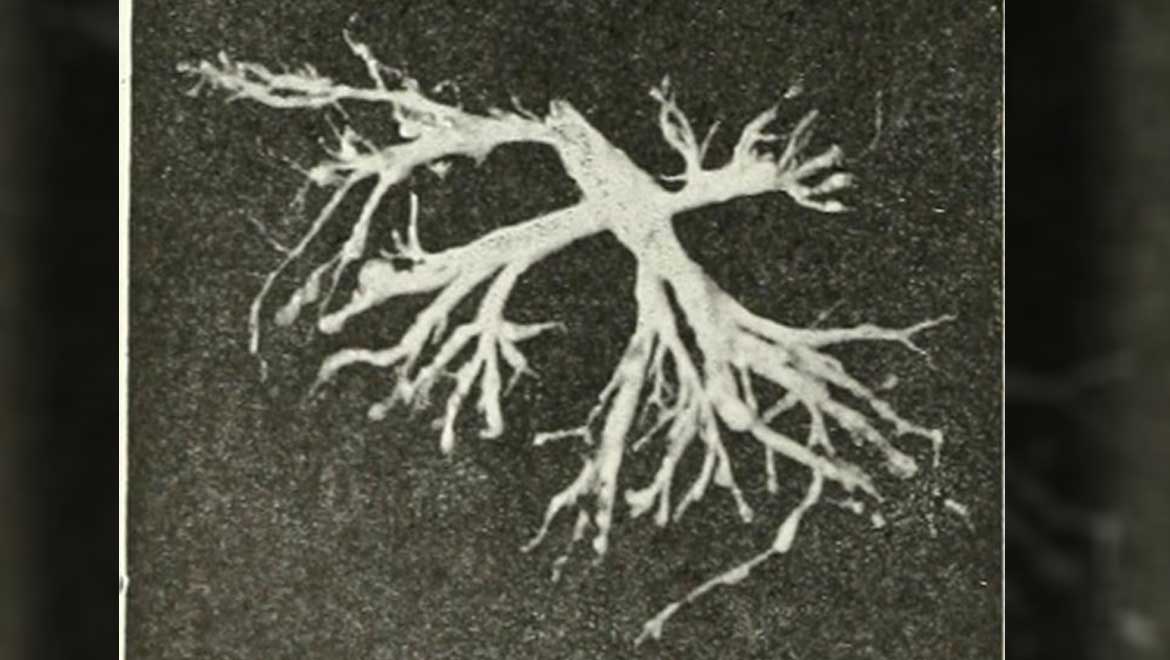 A fascinating case report in the New England Journal of Medicine has highlighted just how much the lungs can be affected in conditions such as heart failure. They can cause clots made of blood, mucus, or both to accumulate in the branching structures that normally supply the organs with oxygen. These objects can even be coughed up as the patient’s system tries to expel the blockage from the lungs. However, it is unusual for these casts to be so large, or so completely reflect the shape of these airways, which are known as the bronchioles, or the bronchial tree.

But, this darkly amusing case report claims exactly that, showing an image that does, in truth, resemble an entire right bronchial tree.

The NEJM journal documented this unusual occurrence in the case of a 36-year-old male patient admitted for an acute uptick in his chronic heart condition. During his second week in the hospital, the patient started to cough up blood and mucus, which is not unknown in cases of heart failure. Despite treatment with oxygen and ventricular assistance, the coughing reportedly got worse until, during a particularly bad bout, he brought up a particularly large and strangely-shaped clot.

This clot was closely found to resemble the entire bronchial structure of the right lung.

The doctors who wrote this case report even noted that they could distinguish the parts of the bronchial tree typically associated with the different lobes (upper, middle and lower) of the lung. Therefore, the authors characterized the object as a full bronchial cast.

On the other hand, a subsequent bronchoscopy, or the procedure in which a tiny camera is passed through the bronchus or main ‘trunk’ of the tree leading from the throat and into the bronchioles, found that there was still a small amount of blood left in the ‘lowest’ branches of the tree. Therefore, the cast may have snapped off a little at this point.

The nearly-100% bronchial cast is available for viewing in the case report’s page on the NEJM website. It is nearly 6 inches (15 cm) across and does indeed resemble the branches of a tree! However, its red color makes it seem more like a branching venous system.

Now, the spontaneous coughing-up of such casts is not completely alien to the medical community. Other cases involving these events have involved patients with conditions such as lupus or respiratory hemorrhages.

Other Types of Bronchial Casts

Bronchial casts can also be made of mucus. They can result from symptoms such as chyloptysis (the coughing up of milky fluids and mucus), which may be related to diseases such as lymphomas, Behcet's disease or plastic bronchitis.

However, it is rare for any bronchial cast to contain more than one portion of the bronchial tree. For example, most of them may depict the bronchioles from only one lobe or one ‘branch’ from a single lobe. This could be why this particular case is receiving such a lot of media attention. 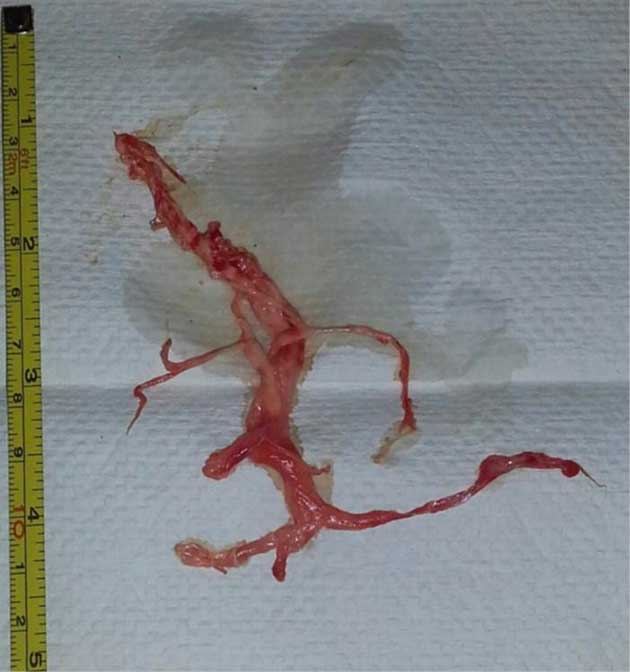 The content of such reports may seem grisly. However, they are more common than expected, and the awareness of them may reassure people who have produced such a cast that they have not ‘coughed up a lung’ or something similar.

In addition, the expectoration of a cast often results in the alleviation of symptoms such as coughing or chyloptysis. It may be wise for people who have seen at least one bronchial cast for any reason, without having sought medical assistance, to see a doctor without delay.

Bronchial casts are not necessarily fatal. However, it is clear that they may arise from some severe medical conditions.

Unfortunately, this was true in the case of the 36-year-old patient, who passed away despite the doctors’ ability to successfully extubate him after the ‘full bronchial cast’ incident. The patient died from heart failure-related complications, a week after this extubation.

However, a small part of him will now endure on the internet, particularly in the minds of interested clinicians, for quite some time to come.

Top Image: This bronchial cast may have been manufactured for educational purposes, but some patients have produced theirs naturally. (Source: Internet Archive Book Images/Flickr)

previous article
Underneath an icon cracks the literal criterion
next article
Dark Matter Isn’t Made From Black Holes, Says Research