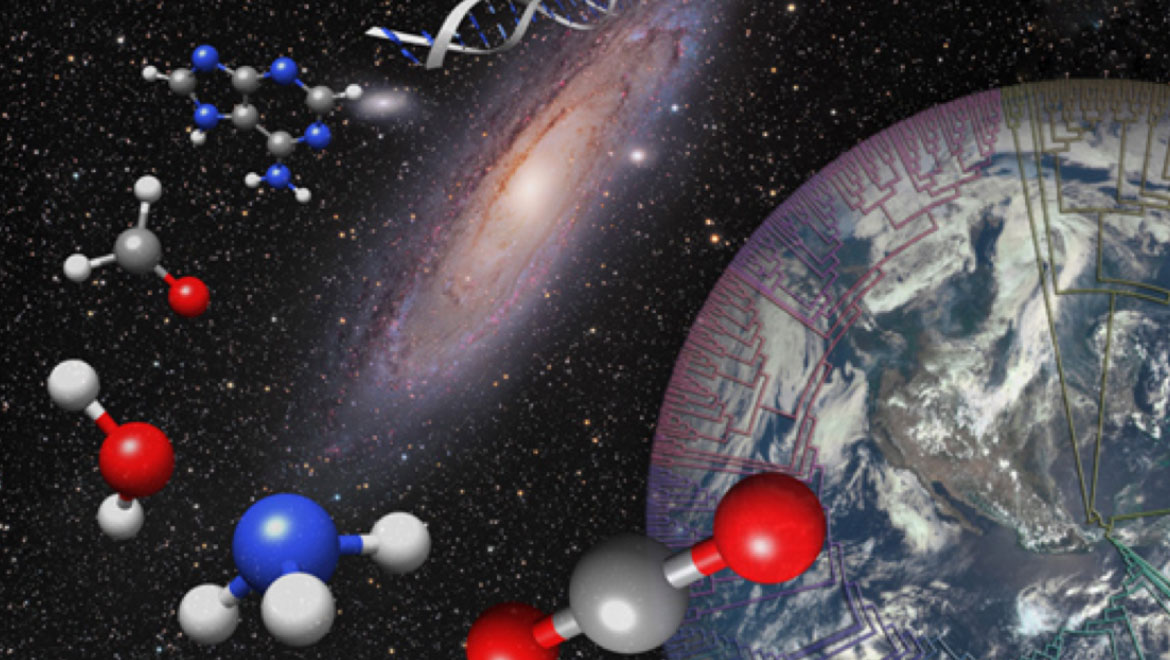 The origin of life on Earth is believed to be a set of paradoxes.

In order for life to have gotten started, there must have been a genetic building block, such as DNA or RNA, which was capable of passing along the blueprints for making proteins, the 'workhorse' molecules of life.

Recently, a team of researchers has shown for the first time that a set of simple starting materials, which were likely present on early Earth, can produce all four of RNA’s chemical building blocks.

This theory posits that RNA was one of the first self-replicating molecules leading to the origin of life. The nucleotide bases of RNA - adenine, uracil, cytosine and guanine - are chemically complex, and it has been unclear how the large purine bases A and G might have arisen on prebiotic Earth.

A study by Becker et al. shows that the A and G bases can be synthesized easily and in high-yield from prebiotically reasonable precursors, lending further support to the RNA world hypothesis.

The perceived differences and incompatibilities between these subsystems have led to the widely held assumption that one or other subsystem must have preceded the others. Research conducted in 2015 showed that precursors of ribonucleotides, amino acids and lipids can all be derived by the reductive homologation of hydrogen cyanide and some of its derivatives, and thus, all the cellular subsystems could have arisen simultaneously through common chemistry.

An article published in Science in 2009 described an investigation conducted by chemists, headed by John Sutherland at the University of Cambridge in the UK. The team devised a set of five compounds likely to be present on early Earth that could give rise to cytosine and uracil, collectively known as pyrimidines.

Following this, two years ago, researchers led by Thomas Carell, a chemist at Ludwig Maximilian University in Munich, Germany, reported that his team had an equally easy way to form adenine and guanine, the building blocks known as purines.

But the two sets of chemical reactions were different. No one knew how the conditions for making both pairs of building blocks could have occurred in the same place at the same time.

On Tuesday, at the ‘Origins of Life’ workshop held in Atlanta, Dr. Thomas Carell reported that he and his colleagues have come up with a simple set of reactions that could have given rise to all four RNA bases. Dr. Carell started his work with only six molecular building blocks - oxygen, nitrogen, methane, ammonia, water, and hydrogen cyanide, all of which would have been present on early Earth.

Finally, in the presence of sulfur-containing compounds called thiols and trace amounts of iron or nickel salts, these intermediates transformed into the pyrimidines, cytosine, and uracil. As a result, a reaction was triggered when the metals in the salts retained extra positive charge, which was precisely what occurred in the final step, in a similar molecular cascade, that produced the purines - adenine and guanine.

Even better, the step led to all four nucleotides working in one pot, Carell said, claiming for the first time a plausible explanation of how all of RNA’s building blocks could have arisen side by side.

Steven Benner, a chemist with the Foundation for Applied Molecular Evolution in Alachua, Florida, said, "It looks pretty good to me." He thought that the process provided a simple way to produce all four bases under conditions consistent with those believed to be present on early Earth.

The process doesn’t solve all the mysteries surroundings RNAs; for example, another chemical step is still needed to “activate” each of the RNA’s four building blocks to link them into the long chains that form genetic material and carry out chemical reactions. But making RNA under such conditions, present on early Earth, now appears within reach.

It seems that scientists have almost solved the model describing the origin of life. This kind of research is of incredible significance in space and health science.

Top Image: Possible explanation for the origin of life on early Earth. (Source: ‘Origins of Life’ workshop held in Atlanta in October 2018)