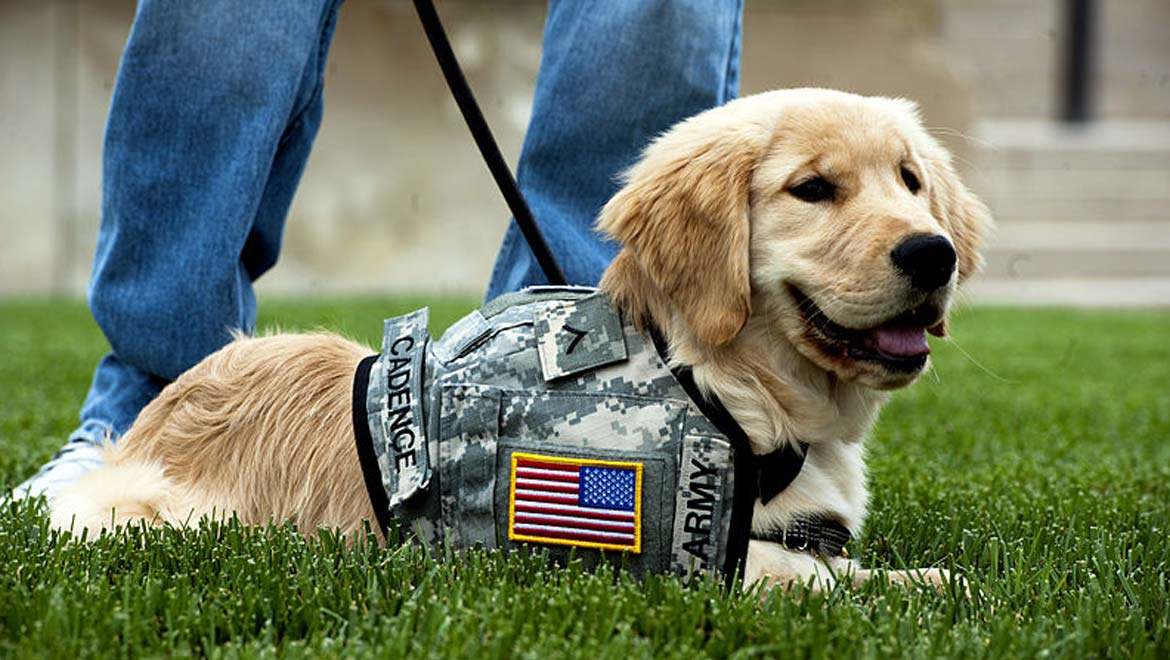 For war veterans suffering from posttraumatic stress disorder (PTSD), navigating through life after returning home from active combat can be a difficult and challenging process.

PTSD can manifest itself in any number of ways: disturbing flashbacks, feeling on edge and difficulty sleeping are all common symptoms of this invisible disorder.

Now, a recent study has highlighted an effective tool in the fight to improve the lives of military members and veterans suffering from this disease, and it might come as a surprise to many.

Because this complementary treatment has four legs and a waggy tail.

The study, titled ‘Preliminary efficacy of service dogs as a complementary treatment for posttraumatic stress disorder in military members and veterans’ was published in the February issue of the Journal of Consulting and Clinical Psychology.

The researchers, based at the Purdue University College of Veterinary Medicine, found that symptoms of post-traumatic stress disorder (PTSD) were reduced in war veterans who had a service dog.

The study involved 141 individuals, half of whom had already been paired with a service dog through the program K9s for Warriors, and the other half being on the waiting list.

PTSD measurements included quality of life, ability to function socially and at work, and depression. Participants with a service dog showed signs of better mental health and well-being on a variety of measures, including lower levels of both PTSD and depression, higher levels of life satisfaction, better social interactions and psychological well-being, and less absenteeism from work due to health issues.

Of the results, co-author Maggie O’Haire said: “This innovative study applied rigorous research methodology to an area that has historically been characterized by a reliance on anecdotal accounts and intuition rather than evidence-based science.”

Her co-author, Kerri Rodriguez, added that: “The results have important implications for understanding the specific areas of life that a PTSD service dog may help improve. As the number of service dogs given to veterans with PTSD continues to increase, this is an important first step towards proof of concept that service dogs can actually provide measurable, clinical changes for veterans.”

Providing support for veterans with PTSD

The study was co-funded by the Human Animal Bond Research Institute (HABRI) and Bayer Animal Health.

Whilst both O’Haire and Rodriguez are keen to point out that service dogs can’t cure PTSD, nor should they be considered a complete replacement for other treatments, they can certainly help lower symptoms of PTSD. And that can be invaluable.

HABRI Executive Director, Steven Feldman, added that: “Pairing service dogs with our nation’s veterans should be recognized as a significant complementary method of treatment,” said Steven Feldman, HABRI executive director. “The U.S. Department of Veterans Affairs has cited a lack of scientific research supporting service dogs for veterans with PTSD. This study is a significant step in providing scientific documentation, and I hope the promising results from this study will prompt a renewed focus on the benefits that service dogs provide.”

David Brunt, Bayer Animal Health vice president for companion animal product marketing, said: “The results of this study demonstrate not only the impact of this unbreakable bond, but that these service dogs are so much more than service dogs; they are able to bring the joy of living back into veterans’ lives,” Van Brunt said. “Bayer is committed to ensuring that these service dogs receive the proper and routine care they need to support their veteran on a daily basis.”

But of course, the best recommendation for a treatment such as this often comes from those who it has helped:

Christian, who was paired with service dog Faith, said of the K9s For Warriors program:

“The love and acceptance you get once you walk through the doors from the organization is reason alone to come to K9s For Warriors. When you get your dog, the bonding process begins immediately and that’s when the magic happens. Faith, a word that lost its meaning to me long ago, now walks by my side everywhere I go. My tomorrows don’t look so dark anymore and thinking about my future doesn’t turn my stomach into knots. Thanks to this amazing program I can begin to give back to my community and lead from the front as I was taught in my many years of military service.”

The next stage for this research is to carry out a long-term study into the impacts of service dogs on veterans with PTSD. This will be funded by the National Institutes of Health.

Top image: Cadence is a member of the Warrior Transition Brigade Service Dog Training Program which was created to meet the needs of service members and veterans with psychological and physical injuries. (Public Domain)

previous article
Underneath an icon cracks the literal criterion
next article
Nitrogen: The Latest Contender in High-Energy Materials 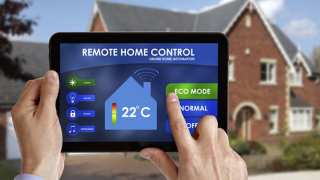