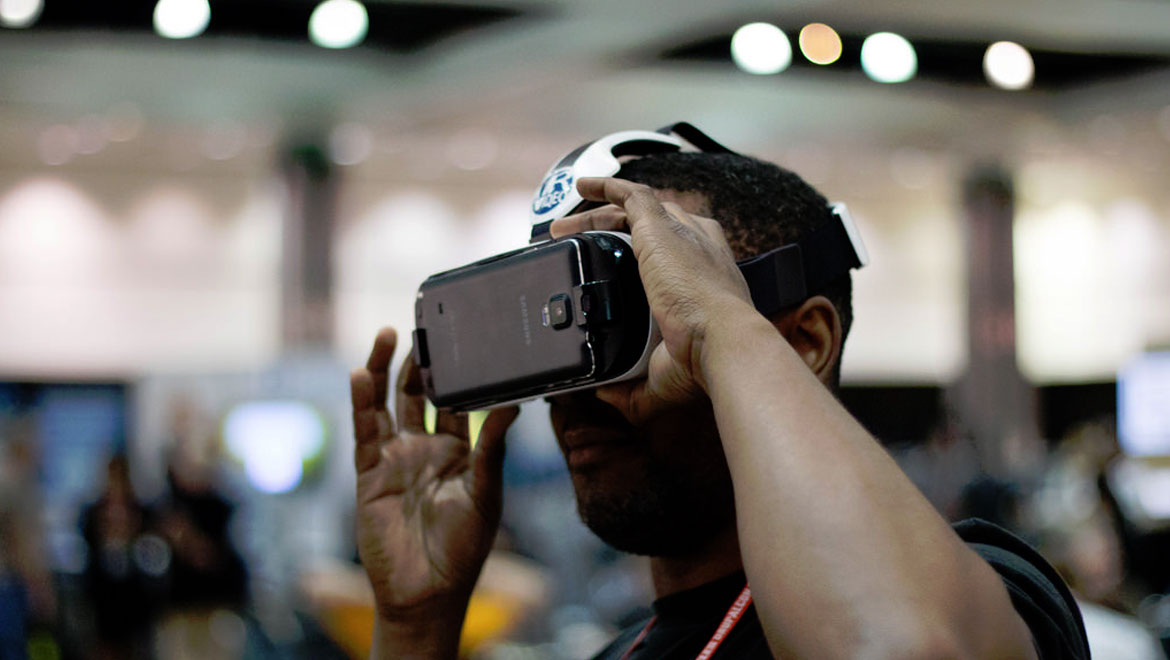 It’s hard to believe that virtual reality has been around since the 1950s. The public wasn’t aware until the 1990s, but the technology was pioneered by cinematographer Morton Heilig. Wanting to stimulate audiences and draw them into the story, he and his partners developed the Sensorama in 1960. The single person unit was equipped with stereoscopic displays, odor emitters, stereo speakers, and a movable chair. Though a technologically ambitious, the business couldn’t sustain itself. Heilig’s concepts laid the groundwork for future VR.

The spiritual successor to Heilig’s work was Headsight. The project combined visual stimulation with a tracking system. The system excelled as a training program for military pilots. The system attempted to mimic the real world and provide a tactile response. Training could now be done without jeopardizing the trainee or the expensive military equipment.

Miniaturization and wearable technology were the next steps in VR. By the 1980s, head mounted displays connected to a backpack worn by users. Specialized gloves allowed users to interface and manipulate their environments. During the 1990s, VR had been found a niche in the video game market. However, consoles like Nintendo’s Virtual Boy and Sega Genesis’ VR only garnered a lukewarm response.

By the early 2000s, VR was thought as a gimmick and has only recently had a resurgence in popularity with the Oculus Rift. VR’s true breakthrough role may yet be in healthcare.

Since the early 2000s, VR has been circulating through the health community as a potential neuro-rehabilitation technique. What began as exploratory research showed promising results and spurred full investigations in controlled environments. One report noted patients with hemispatial neglect were successful in learning to grasp post VR treatments. Seventeen studies have shown that some applications of VR interventions are effective in treating cognitive deficits.

Cognitive behavior therapy (CBT) is a short-term, psychosocial intervention. The goal is to change unhelpful thinking and behavior that leads to enduring improvement in mood and function. A variety of techniques can be used, but CBT is not defined by them. Only recently has VR been used as a tool for CBT.

The Michael J. Fox Foundation and Tel Aviv University, Israel funded the pilot study that to observe the gait of patients with Parkinson’s disease, a chronic and progressive movement disorder. Many disturbances among the patient’s gait can lead to immobility and falls. After 6 weeks, the patients demonstrated increased endurance, better obstacle navigation, improved speed, and stride length. The patients reported improved quality of like and fewer falls with continued improvement 4-6 weeks post treatment.

Multiple sclerosis is caused by inflammation and subsequent damage of the insulating tissues of nerve cells in the brain and spinal cord. Motor rehabilitation requires repetitive performance exercises. VR had been proposed as a potential tool for both assessment and rehabilitation. The results were good, but more evaluation is needed.

Unlike Parkinson’s disease and multiple sclerosis where mobility is an issue, Alzheimer’s disease and dementia rob a patient of their identity. The goal with using VR technology for dementia is to have the patients interact and engage with their surroundings. Reports have seen non-verbal patients light up and communicate while in the virtual world.

To better understand what it is like to suffer dementia, the Alzheimer’s Research UK aided in developing a VR app that demonstrates everyday living with dementia. The app is used in conjunction with the Google Cardboard headset and was made to engage public awareness. The simple task of buying ingredients, taking them home, and making tea are now compounded with difficulties. The challenges can include difficulty reading lists, finding items, or navigating.

There are many different clinical diagnoses for eating disorders, but they are all treatable through CBT. With the use of virtual environments, patients can address topics like body image and induce a more realistic view of their body. The VR simulation immerses the patient in situations that they are forced to face. These techniques minimize distortions in self-reporting and the therapist is mostly invisible to the patient, circumventing power struggles.

Use of VR technology in gaming is still slow to catch on, but its use as a tool in mental health is still being investigated. Overall, the results are positive. Though every home may not have a VR unit next to their TV, it may be more common to see them in physicians’ offices as new and clever uses are discovered for them.