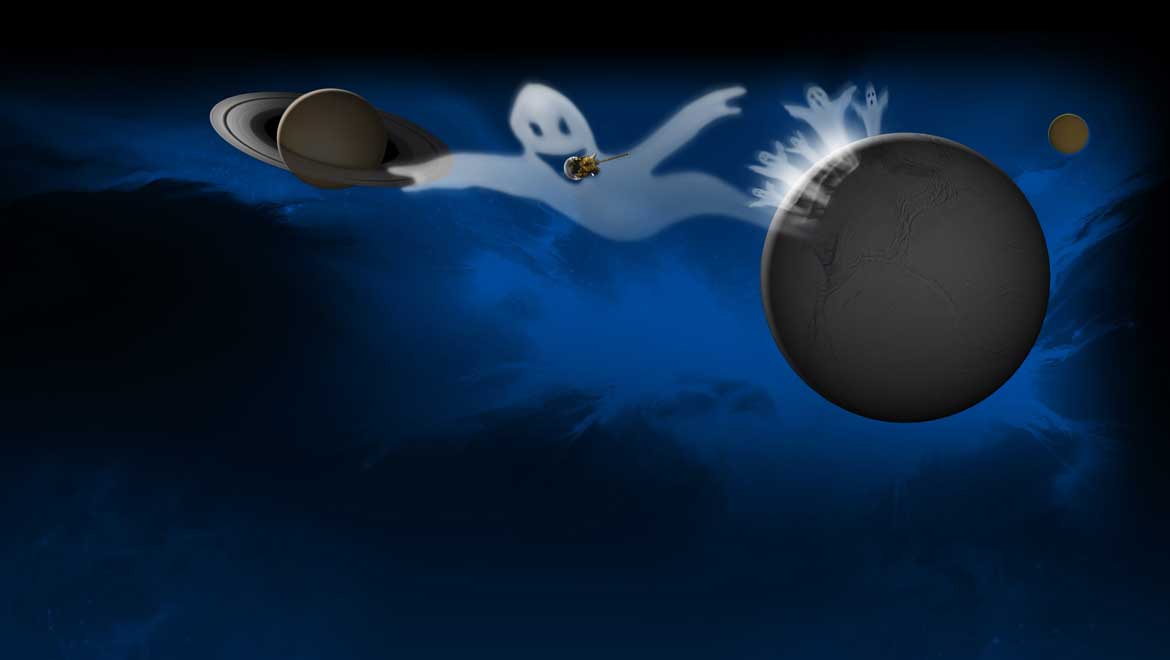 If you’re looking for the perfect soundtrack to your Halloween party, look no further than NASA’s newly released collection of mysterious noises recorded by spacecraft travelling within our solar system.

Whilst it’s true that due to the vacuum of space, sound waves can’t actually travel through space, NASA’s spacecraft are often kitted out with instruments which can capture radio emissions, which can then be converted into sound waves. This makes it possible to listen to these spooky sounds emanating from outer space.

NASA’s website explains more about how and where these eerie sounds were recorded, from the magnetic fields of Saturn, to the moons of Jupiter and even a flypast with a comet.

Recording the ‘sounds’ of space

The spacecraft Juno recorded what astronomers have dubbed the ‘roar’ of the giant planet Jupiter. When Juno crossed the huge magnetic field surrounding this behemoth of a planet on June 24 2016, its Waves instrument recorded the emissions which were a result of the bow shock of crossing the magnetic field.

The well-known Galileo spacecraft also recorded radio emissions during a flypast of Ganymede, one of Jupiter’s many moons. This time, scientists used a process called ‘data sonification’ to translate the radio signals into audible sound. On June 27 1996, Galileo flew past Ganymede for the first time and recorded the radio signals using its Plasma Wave Experiment equipment.

Mysterious sounding plasma waves have been likened to the rhythmic sound of crashing waves on a remote beach, and were captured using the EMFISIS instrument located on NASA’s Van Allen probe.

Cassini, the recently decommissioned spacecraft, captured the powerful radio emissions emanating from Saturn. These radio emissions correlate with the auroras located around the poles of Saturn, similar to our own Aurora Borealis and Aurora Australis, better known as the Northern and Southern Lights.

Ever wondered what a close encounter with a comet sounds like? Well, wonder no more, as NASA have the answer just for you! On February 14 2001, NASA’s appropriately named Stardust spacecraft came across the comet Tempel 1 and was showered with particles of dust and small rocks. The noise of this comet flyby was recorded using an instrument on the protective shield of the Stardust spacecraft.

So what are you waiting for? Click here to listen to NASA’s full playlist, perfect for a Halloween soundtrack with a difference.