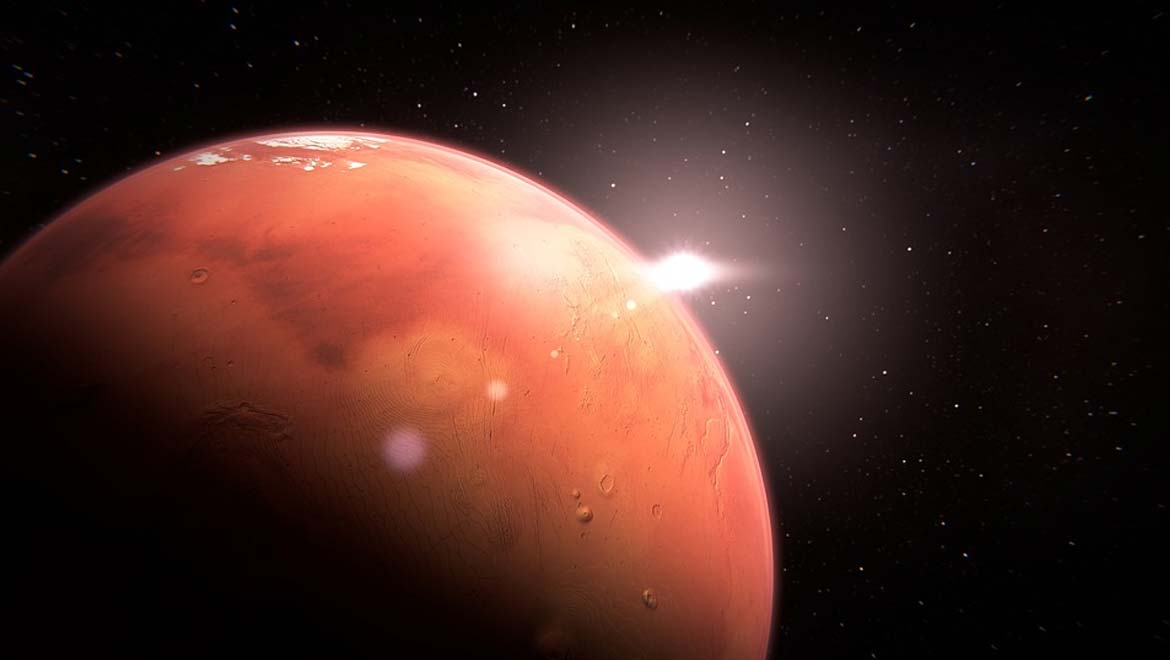 Oxygen on Mars: Is it Possible?

The race to Mars is well and truly on, but a major stumbling block so far has been how to create a breathable environment for those brave enough to volunteer as the founding members of any colony which may be established there. Consideration also needs to be given to the fuel required for any return trips from the red planet and whether it may be possible to produce this on Mars itself.

What is required to produce oxygen?

With this in mind, scientists have just released details of how they think that it might be possible to produce oxygen on Mars. Explaining the motivation behind the research, lead author Dr Vasco Guerra, based at the University of Lisbon, said: "Sending a manned mission to Mars is one of the next major steps in our exploration of space. Creating a breathable environment, however, is a substantial challenge."

Guerra and his team set about finding a way to solve this challenge, and their research, titled ‘The case for in situ resource utilisation for oxygen production on Mars by non-equilibrium plasmas’ has been published as a letter in the journal Plasma Sources Science and Technology.

As Guerra explained further, when talking to Science Daily:

"Plasma reforming of CO2 on Earth is a growing field of research, prompted by the problems of climate change and production of solar fuels. Low temperature plasmas are one of the best media for CO2 decomposition -- the split-up of the molecule into oxygen and carbon monoxide -- both by direct electron impact, and by transferring electron energy into vibrational excitation."

As well as possessing an atmosphere with incredibly high levels of carbon dioxide, the low temperatures on Mars (around 210 Kelvin) would also actually aid this process of decomposition, meaning that In-Situ Resource Utilisation (ISRU) on Mars could be a real possibility.

Guerra goes on to explain that the benefits of this technique actually extend further than just creating oxygen: "The low temperature plasma decomposition method offers a twofold solution for a manned mission to Mars. Not only would it provide a stable, reliable supply of oxygen, but as source of fuel as well, as carbon monoxide has been proposed as to be used as a propellant mixture in rocket vehicles."

"This ISRU approach could help significantly simplify the logistics of a mission to Mars. It would allow for increased self-sufficiency, reduce the risks to the crew, and reduce costs by requiring fewer vehicles to carry out the mission."

It seems as though Guerra and his team may just have hit on the perfect method to both provide a breathable environment for settlers on Mars, as well as potentially allow them to create fuel required for return trips to earth. Time will tell whether or not this can be successfully transferred to a Martian base camp, but for those hoping to facilitate human habitation of the red planet, this couldn’t be better news.

Facebook: New research suggests that the atmosphere of Mars is perfect for creating both oxygen and carbon monoxide. This means we’re one step closer to a breathable environment and producing potential rocket fuel for those brave enough to take a trip to the red planet.