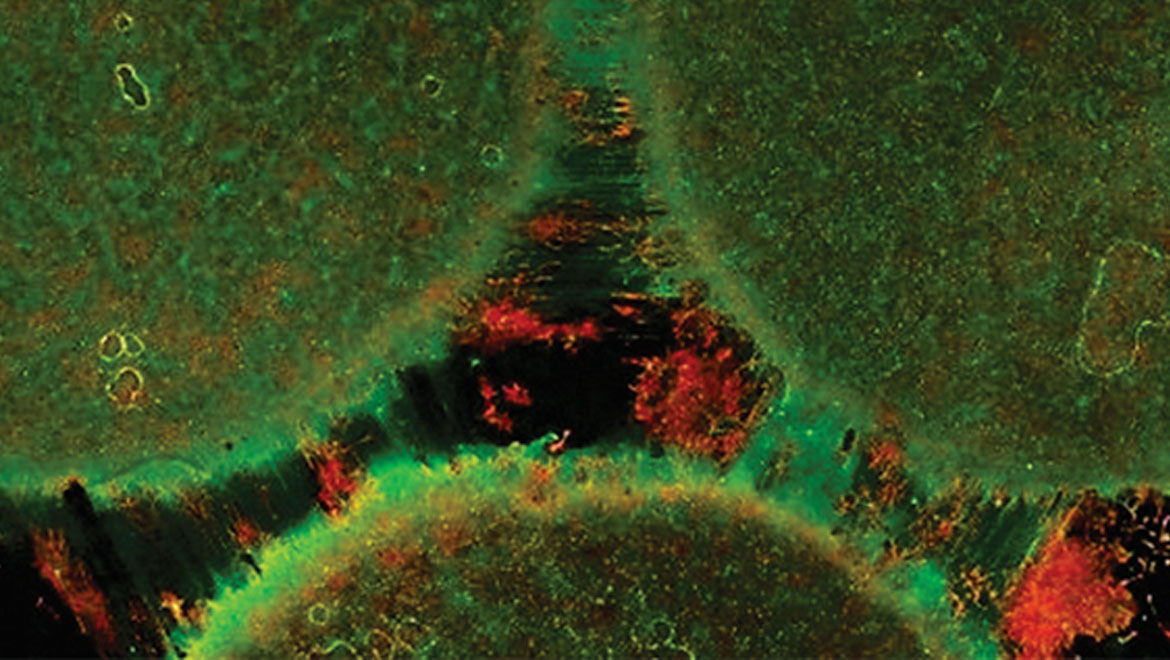 The brain is the most complex structure in our body. It has more than 200 billion neurons, which are all interconnected in specific orders. This creates synapses, which are the neurotransmitters. Between these synapses, signals are transferred and this in turn creates a circuit.

We can develop many pharmacological studies, if we examine a model that approximately represents the human brain. For truly realistic studies, cells have to flourish within three-dimensional surroundings. This is included in the PhD thesis of Dr. Bart Schurink, a researcher at the University of Twente’s MESA+ Institute for Nanotechnology, in the Netherlands. He has created facilities for fluid flow, in which the brain has been modelled and the evolution of this can be observed.

Neurotransmitters have an important part to play

The neurotransmitters are in constant flux throughout the brain. They determine our feelings, our emotions and our acts. In short, they determine everything. Psychiatric medications affect the electromagnetic pulses between specific neurotransmitters, such as dopamine. This plays a significant role in happiness, but dopamine is also involved in the pathology of schizophrenia. Dopamine abnormalities in the mesolimbic and prefrontal brain regions, exist in schizophrenia. For perfect simulation of the human brain, we need perfect facilities and this is very challenging for scientists to recreate. 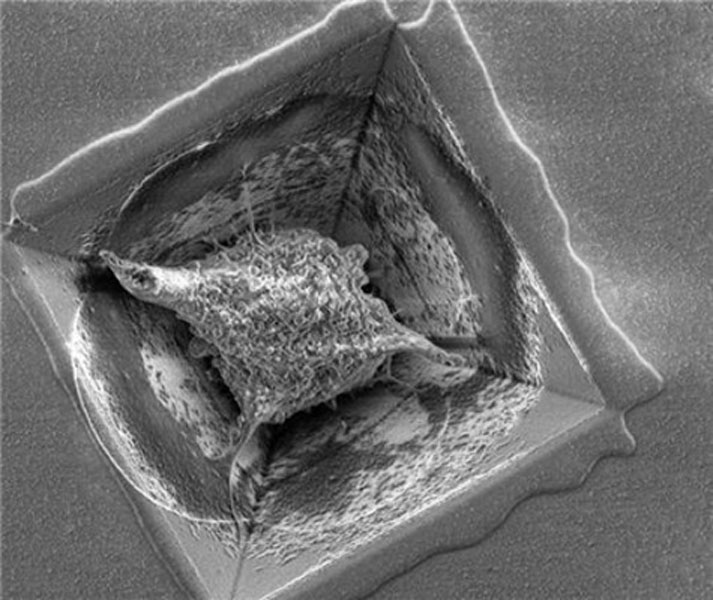 One cell captured. Credit: Image courtesy of University of Twente

Firstly, the positions of the cells, in the neuronal network have been tested, so we are able to see the effects of any medication as well as the cell growth. Then, we can measure and monitor every electrical signal on a graphical readout. “If you culture cells on a 2D surface, the cells will become flat, and they will not be in their evolved morphology, or shape, anymore,” said Schurink. “What biologists believe is that cells in the body have a round shape, and to get more representative results, you need to have this round morphology on your electrodes.” This is the most realistic model of neurons and the neuronal network that is created is very close to the real one. “You can essentially do single cell recording of each of the neurons, instead of seeding cells at random on a 2D electrode,” said Schurink.

All diseases run into one

The neurons cannot be represented into a virtual environment, because of the size, but the synapses potentially could. The brain's neuronal density isn't uniform. The neural architectures determine the way of thinking, at any time, as well as how we behave. The 3D simulation helps us to research the medical reactions in our mind. This could potentially be a solution for the treatment of diseases such as Parkinson’s, because this innovation mimics the complexity of a real human brain. 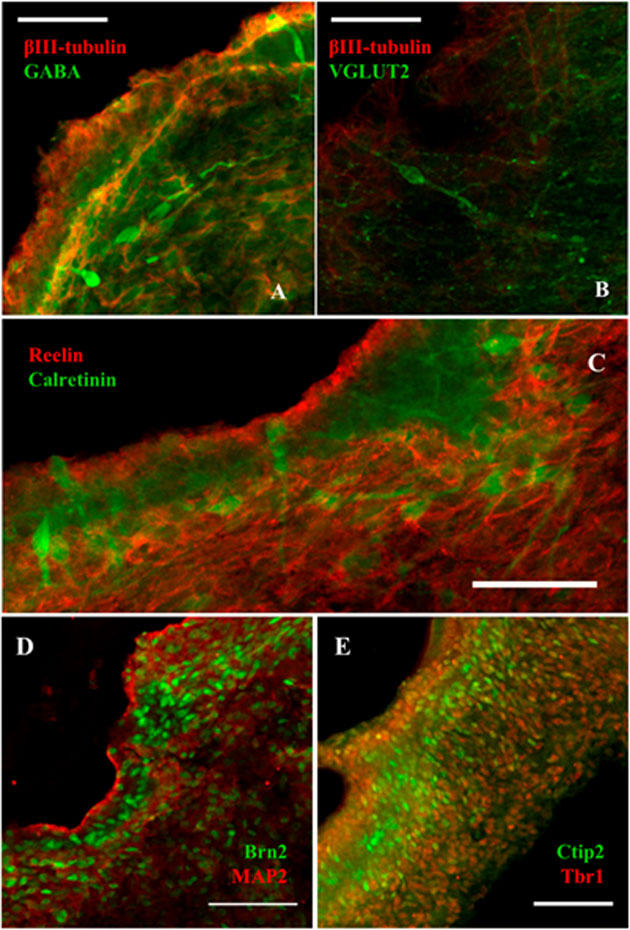 In these images researchers have tagged various types of neuronal phenotypes in the tissue engineered 3D brain after 21 days of growth. (nibib)

An alternative way for testing medications is with animal testing. The 3D simulation provides a more precise method, because it characterizes the differences between the neurons from different regions of the brain. “The brain is so much more than individual neurons,” said Ben Maoz, co-first author of the paper and a Technology Development Fellow at the Wyss Institute for Biologically Inspired Engineering, and Postdoctoral Fellow in the Disease Biophysics Group at the Harvard John A. Paulson School of Engineering and Applied Sciences (SEAS). “It’s about the different types of cells and the connectivity between different regions of the brain. When we are modeling the brain, you need to be able to recapitulate that connectivity, because there are many different diseases that attack those connections.” “Roughly twenty-six percent of the US healthcare budget is spent on neurological and psychiatric disorders” said Wyss Institute Core Faculty Member Kit Parker and the Tarr Family Professor of Bioengineering and Applied Physics Building at SEAS. “Tools to support the development of therapeutics to alleviate the suffering of these patients is not only the human thing to do, it is the best means of reducing this cost.”

With this method, we can test the toxicity of new drugs more precisely than by using animal testing. This is because animals don’t always respond to drugs in the same way as humans. If scientists can proceed, systematically, into evolutionary innovative thoughts during the tests, we can cure many mental diseases, after the human brain examination. We can create a world, with healthier people and this generates much hope and perspective for the future.