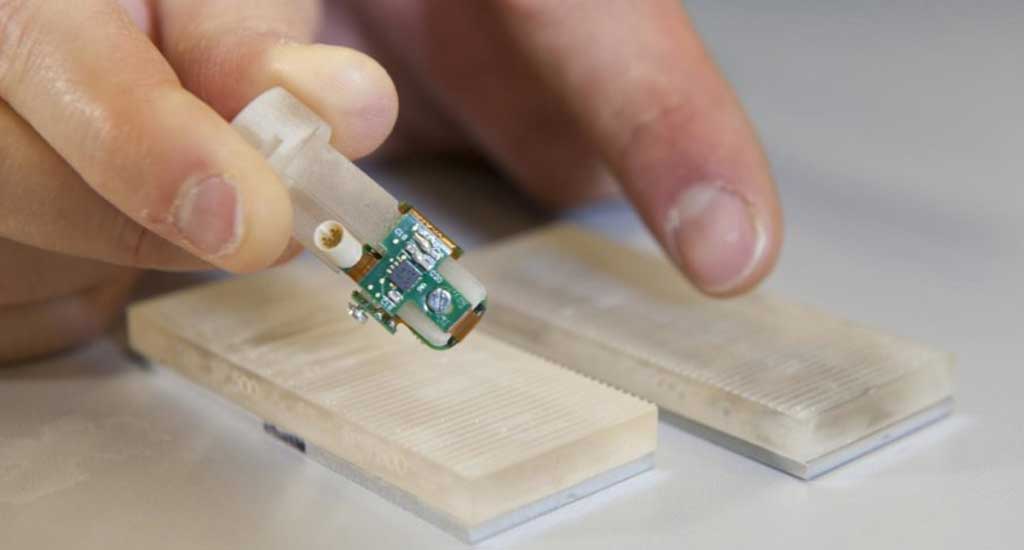 Touch, one of the most formidable and sophisticated of the five senses, has the ability to allow humans to connect with things on a deeper level and enjoy a sense of empowerment from the sensation. This, unfortunately, leaves behind millions of amputees around the world from experiencing the same, a failure to communicate kinesthetically.

So, in 2016, Silvestro Micera and his team of engineers from the Swiss Federal Institute of Technology in Lausanne (EPFL) recognized this lifestyle problem and initiated the design for a prosthetic hand with an artificial fingertip, attached to the nerves of the upper arm surgically, which can perceive pressure and differentiate between compositions such as coarseness, roughness or smoothness, in realtime. The technology behind this novelty lies in a bunch of sensors that emit a signal, translate into electrical spikes on a PC and ultimately convert into something like “human-nervous-system-lingo” when the tip of the finger comes in contact with any material. In short, a bionic body part that is resemblant of a biological one in terms of tactile function!

Dennis Aabo Sørensen, who suffered a horrific fireworks accident years ago and lost his left hand in the process, volunteered in the clinical trials as the first subject to test the features of the synthetic fingertip for his index digit. The setup was coupled with the nerves of his arm using wires and sensors. Plastic scraps with varied patterns and textures were used for the experiment. The results from the study showed that Dennis was able to discriminate between types of surfaces 96% of the time. A high success rate indeed! In an interview after, he described that with this device in his phantom hand, he could, when stimulated, ‘feel the vibration and sense of touch’. Interestingly, he also mentioned that the ‘touch was similar to that of a normal finger’.

A reference study with non-amputees was performed where needles replaced the “bionic” part and was identically linked to the nerves (as in the case of Sorensen). The subject was now asked to feel the plastic surfaces with both of his hands to test effectiveness of the mechanism, and as expected the two showed alikeness and produced the same conclusion! Although there were some discrepancies in accuracy in this case, the scientists gained a great deal of knowledge about brain activities and its reaction to touch-enabled prosthetics.

This kind of origination takes the concept of bionics and neuroprosthetics leaps ahead into the future, and it certainly finds application in fields of medicine, surgery and manufacturing too.