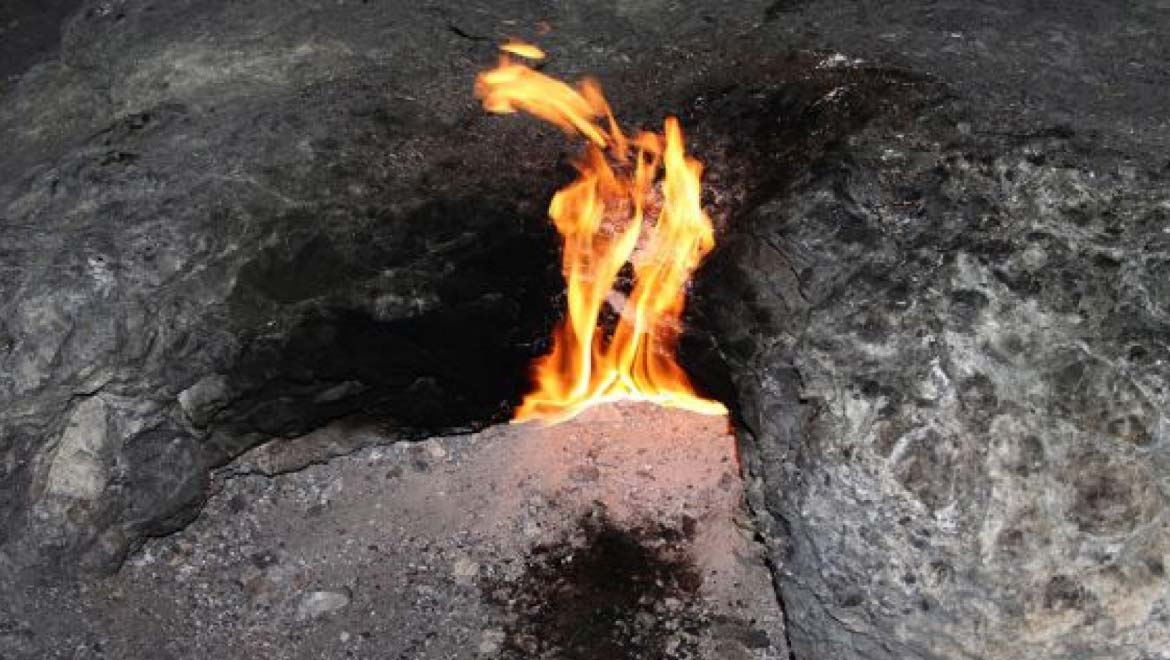 “Mystery creates wonder and wonder is the basis of man's desire to understand.” - Neil Armstrong

The hole observed in Arkansas, the size of a volleyball, has existed for over 10 years, proving that it was not recently congested by something that hit the Earth such as a comet, asteroid or meteoroid.

Why is the Ground Shooting Flames?

Mickey Pendergrass, county judge of Baxter County, said that he had suspected methane, but in retrospect, the investigators did not find any source of this element or natural gas in the area. Also, officials have not located any fuel lines that could have caused the leak.

The hole extended horizontally before intercepting a nearby drainage ditch about 10 feet away and 3 feet below the ground's surface. Some evidence has led this to be an animal hole.

Geologists making conjectures about a mysterious flaming hole in the ground. (Source: YouTube)

The Arkansas Department of Environmental Quality checked four underground fuel storage tanks in the area, two that were in use at Midway Citgo and Deli, and two that were capped and basically empty at Gearhead Garage. Findings showed that none of these tanks contributed to the fire. The tanks have also been tested against three above-ground gasoline tanks and two propane tanks, and it was determined that none of them were leaking.

Donald Tucker, chief of the Midway Fire Protection District, said, "It was burning red-orange color, about 2 feet in diameter. It came up about crotch high and spread out to that width. I initially thought it was a broken gas line, but that wasn't the case. Just before the fire retreated into the hole, it shrunk to a flame about waist high for a few minutes. Then it just went down the hole and went out. For a little bit, there was just a little bit of glow of fire down in the hole. The hole acted like a chimney. It was drawing air from a lower elevation. ... Whatever it was, it burned up its fuel and went out."

Pendergrass believes that someone could have set the fire on purpose. But what kind of fuel did he used to make it so perfect - "So clean and no soot and no damage?" Soil samples have been taken from the hole but have yet to be analyzed by a laboratory. These samples can clear up any probable action with gasoline or any material that could have caused this event.

Geologists from the Arkansas Geological Survey suggested that the hole could be dug out by some sort of animal. After extended observation with a camera, the team determined that it could be an old groundhog that has lived there for a long time. But the flames? Still an unsolved mystery!

Strange things happen and can happen, but history has taught us how time can help us detect the cause after an analysis of the effects. Thus, it is certain that after much research, satisfactory answers will be found.

Top Image: Locals have ruled out Satan as the cause behind the blasting hole in the ground. Earlier, the flames reached 12 feet in height. (Source: iStock/FoxNews)

There Is A New World Record For Superconductivity!