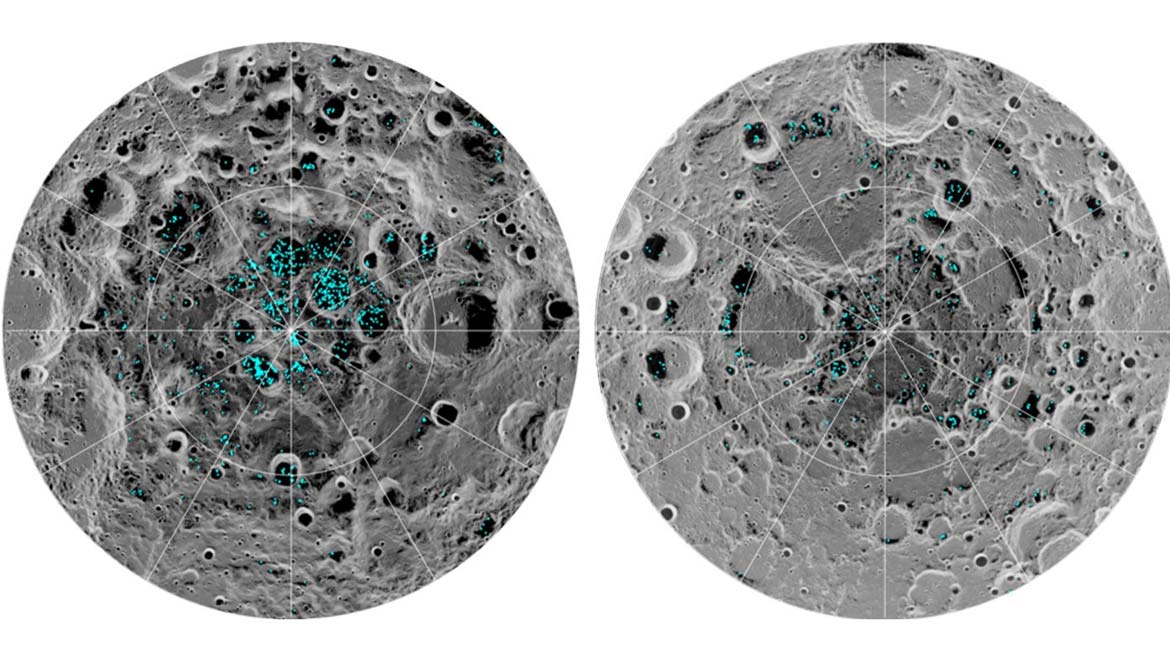 It was Neil Armstrong who, after stepping on the moon, said, “That’s one small step for man, one giant leap for mankind.” But it definitely seems as though modern-day science and the researchers of today have already achieved goals bigger than ever imagined!

Lunar water or the water that is present on the moon cannot exist in the liquid form or in a gaseous state because it can easily be decomposed by sunlight. For a few years now, researchers have predicted that water could be present in the form of ice — known as water ice — in and around the craters of the moon. It has also been reported that some molecules of water were found above the moon’s surface.

But this information was not known until recently, before which it was accepted that this lunar body of our solar system had almost no atmosphere, to a point it was technically considered an exosphere.

But finally, putting the debate to rest, researchers have confirmed the moon does contain water ice on its surface, around the lunar poles. The findings have been published in an August 2018 issue of the Proceedings of the National Academy of Sciences journal. The paper was titled, ‘Direct evidence of surface exposed water ice in the lunar polar regions.’

Previous Missions that Found Ice on the Moon

A decade ago, a space mission by Lunar Prospector suggested that there could be ice present at the poles of the lunar surface. The instrument used in this Discovery mission was the Neutron Spectrometer, capable of detecting traces of water as less as 0.01 percent. It appeared that the ice on the ground was mixed with the rocks, soil, and dust. On analyzing the data further, it was found that the water ice, near-pure in nature, was, in fact, buried as deep as 18 inches (40 cm) under the surface. In addition, the ice was thought to be spread over several square miles in area.

However, the research conducted in subsequent years estimated that the ice could be localized to certain regions of this cosmic body.

In 2008, the Indian Space Research Organization (ISRO) launched M3, or the Moon Mineralogy Mapper, on the Chandrayaan-1 spacecraft. The data collected on the mission established, in two ways, the existence of solid ice on the moon — one, M3 sensed the reflective properties of ice, and the other was the instrument’s ability to measure the method by which absorption of infrared light took place that clearly differentiated between the forms of water. 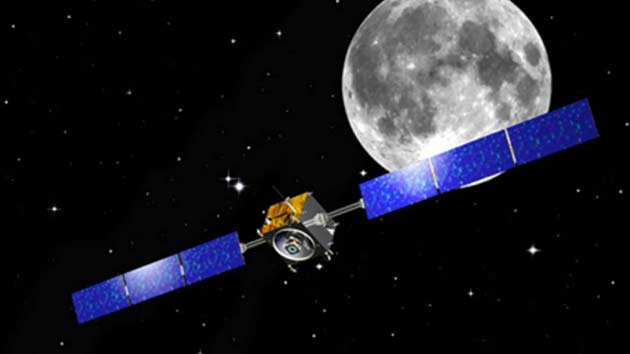 A mission by spacecraft Chandrayaan-1 that helped discover the presence of water ice on the moon. (Image Source: DNAIndia)

The following year saw the release of a bunch of water into space by a NASA impactor, LCROSS (Lunar Crater Observation and Sensing Satellite) that ultimately met its end in the Cabeus Crater located near the moon’s south pole. While the data from the mission proved that the lunar world wasn’t dry, it still remained unclear where exactly the ice was situated and under how many layers of debris.

Confirmation of Water Ice on the Lunar Surface

The newest piece of research, which confirmed the presence of a signature of water ice on the moon, came from a team of researchers, led by Shuai Li from the University of Hawaii, and Brown University. The information they acquired was with the help of an instrument called Moon Mineralogy Mapper (M3) that gathered reflectance spectra from the lunar body.

It was concluded from this data that the frozen water existed within 20 degrees of the poles, in some of the coldest and darkest spots on the moon’s surface. Though, the southern hemisphere showed more ice, collected at the bottom of permanently shaded, dark craters (where temperatures are constantly known to be below minus 250 degrees Fahrenheit) compared to the North, where the water ice seemed thinly dispersed.

On the other hand, the researchers estimate that the ice discovered on the moon is less abundant than on other planets (e.g., Mercury) or their moons (e.g., Ceres). They reported that surface water ice was only in 3.5 percent of “cold traps” or frozen areas. 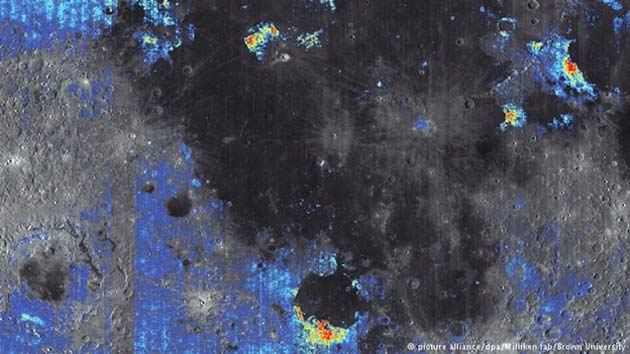 Water reservoirs (in blue) on the moon as seen in this satellite picture. (Source: Brown University)

A promising statement by the officials at NASA read, “With enough ice sitting at the surface — within the top few millimeters — water would possibly be accessible as a resource for future expeditions to explore and even stay on the moon, and potentially easier to access than the water detected beneath the moon's surface.”

With a “cave” — a potential lunar base — uncovered on the moon, last year, the ice can be turned into drinking water for its occupants. It can also be used as rocket fuel for future missions or in breathing apparatuses for astronauts.

The focus of NASA and its partners will be to learn more about this water ice and how it interacts with the environment. It shouldn’t be too long before astronauts (or one of Elon Musk’s spacecraft!) soon take a journey to this very special astronomical body and Earth’s only permanent natural satellite — the moon!

Top Image: An image, made by NASA, showing water ice on the Earth’s moon’s poles (south pole on the left, north pole on the right). The blue dots depict locations with ice and the gray scale represents surface temperatures (colder areas have been made to appear darker). (Source: NASA)

previous article
Underneath an icon cracks the literal criterion
next article
Light Computing: Now For Neural Networks Too 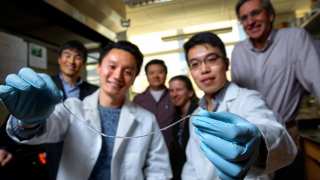