GOAT: The Future of Robotics, Inspired by Nature 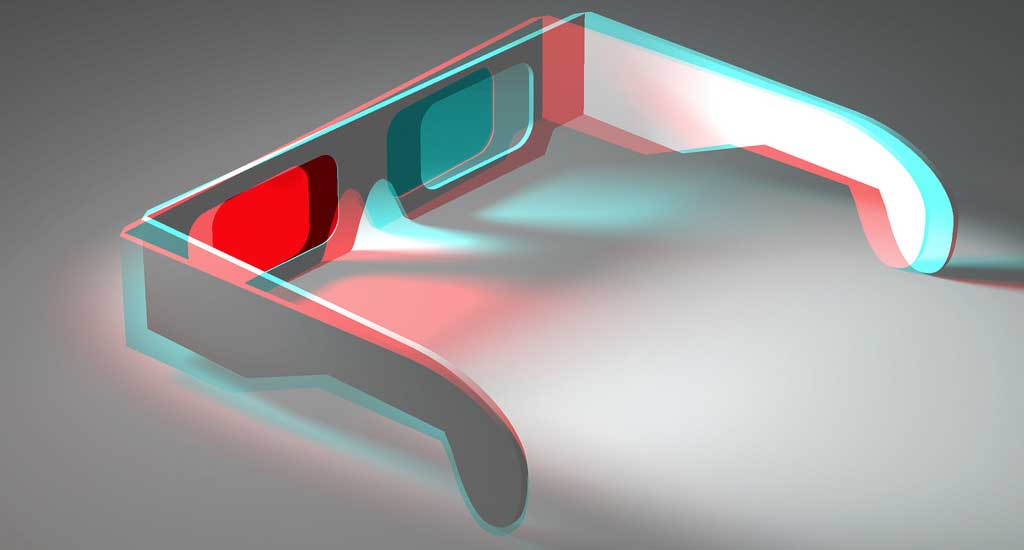 Most of us recall the use of stereoscopic photographs to see depth using either the anaglyphic red and green filters, or the polarized filters to separate the left and right images. For electronic displays, the separation was done by electronic fast shutters hardly visible to the eye. Then we had holograms on flat film for reconstructing the actual light waves reflected from an object illuminated by a laser sufficient for viewing from almost any angle. But this includes 360 degrees if the photographic film is wrapped around a small object. Of course, these had limitations as to the size of object to be photographed, and its true color. The principle is the recording of the interference pattern generated by the reflected light and that of a reference laser beam (coincident wave peaks affecting a photographic type film, troughs and peaks giving destructive interference).

True 3-D displays, known as volumetric displays, have used spinning parts, such as a helix, onto which pixels are incorporated by say laser projection. Thus, the object is reproduced in 3-D, but the resolution has been low due to the sheer numbers of pixels required to portray an object. So, in early work just computer generated wire-frame images were possible. This reminds me of the spinning discs with spiral holes used by Baird for the original television in the late 20’s, although that was just for breaking a 2-D image into a sequence of dots, or picture elements –pixels as we say nowadays, or voxels if in 3-D.

Before explaining further, we must understand that the spinning motion is simply a way of positioning the pixels in space, even for a static image. The latest 3-D displays can also use spinning mirrors, spatial light modulators (SLM) or light-field optics. These and other variants are very complicated, but there is a good review by J. Konrad and M. Halle in Signal Processing Magazine, vol.27, Nov., 2007.

Earlier work at The Graphics Lab at the University of Southern California also used a mirror to show walk-around wire-frame type monochrome fixed images. The group says: “Previous volumetric displays used a spinning diffuse plane to scatter light in all directions but could not recreate view-dependent effects such as occlusion”. In contrast, the group used an anisotropic holographic diffuser bonded onto a mirror, so that horizontally, the mirror is specular but vertically, the mirror scatters allowing viewing at various heights. The mirror rotated at 20 times per second synchronized to the images from a projector resulting in an apparent floating image at the center of the mirror. Interestingly, this did not need any special viewing glasses.

Nowadays, others are riding high on the anticipation of full holographic-like videos, notably Magic Leap based in Florida, where management changes were announced on December 22nd 2016. Very few details have been disclosed, except that some sort of head-mounted optical “photonic” glass is required, and a means of projection. For a detailed investigation of its patents, with assessment of which ones might be used can be found in a link posted November 22nd 2016 by Karl Guttag.

Fantastic-looking videos on Magic Leap’s website are part of the super-hype surrounding this start-up, which has attracted huge funding of $1.4 billion from Google, Alibaba and others. The goal seems to be mainly in the entertainment sphere with games, but possible uses also include architecture, military and medical applications. However, there are other fascinating examples, such as glass pyramids truncated at their apex and upended in contact with a standard LCD screen specially programmed. This can result in images, presumably reflected by Fresnel surface reflection from the inside of the glass, giving an illusion of walk-around 3-D.

Overall, the progress in 3-D displays has been steady, but it seems there is still some way to go. For me, in terms of resolution, movement, color and apparent depth with multiple viewing wearing polarized glasses the IMAX cinemas takes some beating, even if we can’t get up and walk around the subjects shown. So far, true walk-around viewing shows potential but is not living up to the hype, and even the left/right spectacles method has not yet matured into a majority market. On the other hand, the market size is estimated to be about $113B by 2020, growing with a CAGR of nearly 27%, so clearly some are watching this space closely. – P.H. J. Beatty.