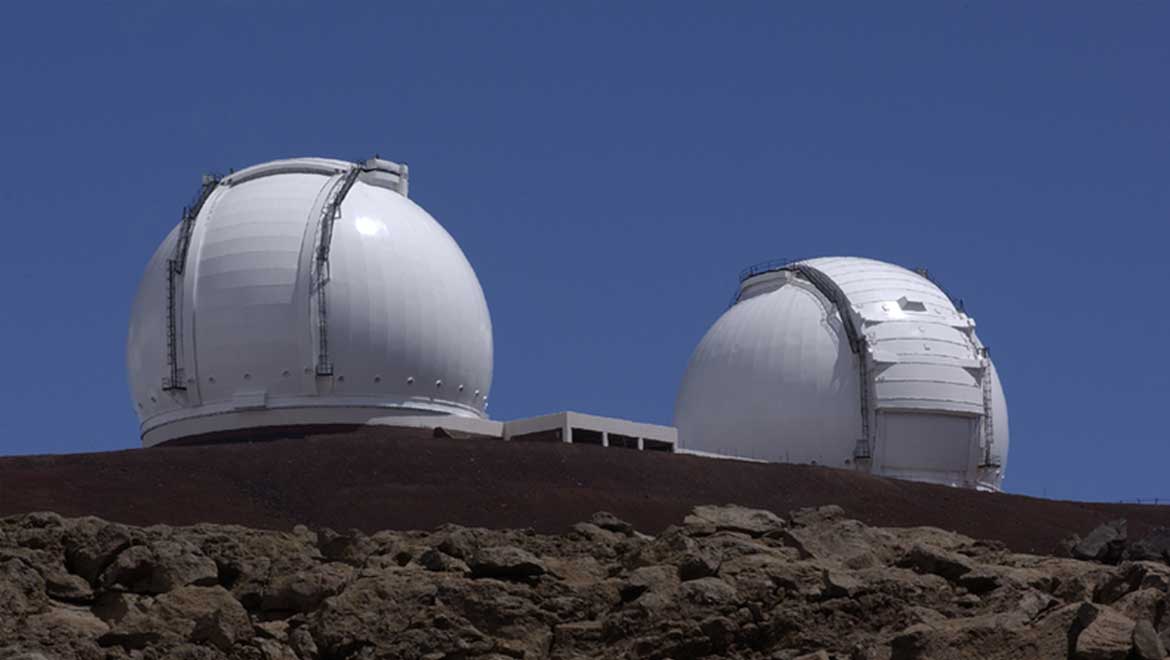 The term 'dark matter' may sound mysterious and sinister. However, it has a role to play in keeping galaxies like ours together, and also, other types of galaxies elsewhere in the universe. Astronomers now think that dark matter is a necessary component of large bodies containing lots of stars.

However, a newly-discovered galaxy has blown that perception apart. NGC 1052-DF2 contains a fraction of the dark matter found in our Milky Way, yet still apparently functions as a galactic body.

The Role of Dark Matter in Galaxies

There is a general consensus among astronomers that many galaxies have a 'halo' of cold, dark matter, that conveys integrity of the galaxy. The halo could also be keeping in place clusters of bodies within a single galaxy.

Dark matter also appears to outnumber stars in terms of mass; the ratio of mass to stars is thought to be at least 30 for galaxies such as the Milky Way. These numbers may not change or increase for other galaxies with different magnitudes of stellar mass.

But, a team of scientists from institutions in the United States, Canada, and Germany may have found an exception to this rule.

This team reported the discovery of a new galaxy, NGC 1052-DF2, in a recent paper published in Nature. Pieter van Dokkum of the Astronomy Department at Yale University was the lead author.

This new body has been described as one with markedly reduced stellar mass. It was found to have approximately 2x108 stellar masses (the Milky Way has about 5x1010 masses). Strangely, however, its total mass was estimated equivalent of 3.4x108 stellar masses. Therefore, the dark matter/stellar mass ratio of this new galaxy was nearly zero - considerably less than expected. 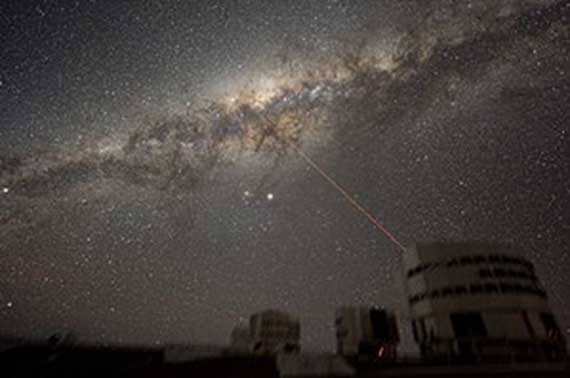 NGC 1052-DF2 also had approximately ten distinct globular clusters of bright masses, considerably less than that of the average galaxy. Therefore, the team designated it as a galaxy of the ultra-diffuse (UDG) type.

The dark matter ratio found in NGC 1052-DF2 was also consistent with 'failed' UDGs, in which solar mass formations come to an end following cluster formation.

Additionally, the clusters in NGC 1052-DF2 also matched that of omega-Cen, the brightest and largest cluster present in the Milky Way.

NGC 1052-DF2 also differs from other galaxies, including other UDGs in terms of total cluster mass and its relation to total galactic mass, by a factor of approximately 1000.

Hence, NGC 1052-DF2 could be a completely new form of a galactic body, one that does not need a dark-matter halo to function. 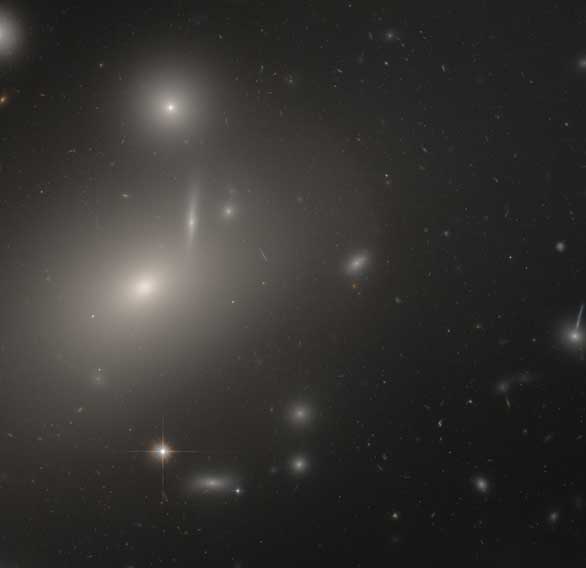 The researchers assessed NGC 1052-DF2 and its striking lack of dark matter through the Hubble telescope. The Deep Imaging Multi-Object Spectrograph of the Keck telescope was also used for increased detail on the new galaxy's clusters.

In addition, the team found that the cluster luminosity of NGC 1052-DF2 was greater than that of other UDGs by a factor of about four. It was reported that the clusters in NGC 1052-DF2 were at least nine billion years old and had a relatively low metallicity (i.e., their iron-to-hydrogen ratio was about -1).

Despite all these findings, the researchers were still unable to define exactly how or why NGC 1052-DF2 exhibited such an extensive dark-matter deficiency.

A couple of theories were suggested:

For example, it was located close to the massive, elliptical super-galaxy NGC 1052, the 'main' body in a region dense with numerous other bodies. The astronomers who discovered NGC 1052-DF2 hypothesize that this galaxy may have influenced the formation of the UDG by siphoning its dark matter away.

Alternatively, NGC 1052-DF2 may also be the result of a portion of gas being ripped away from the super-galaxy in the course of its own formation. The experts implicate NGC 1052's growing central black hole in the latter theory.

Further, NGC 1052-DF2 has a unique structure. It is not a spiral or an elliptical galaxy, as it lacks a galactic center around which these formations take shape. The galaxy is not particularly bar-like either.

The clusters in NGC 1052-DF2 are about twice the size of average clusters. However, this new kind of UDG may not be entirely unique.

Van Dokkum's team reviewed Hubble's records of other ultra-diffuse bodies and found that, in retrospect, three of them may be like NGC 1052-DF2.

This new kind of galaxy has disrupted the previously-held assumption that a galaxy needs a halo of dark matter to form and function. NGC 1052-DF2 also has stellar clusters that are at least as bright as the most luminous body in the Milky Way. This is despite being smaller, in terms of overall mass, than our galaxy.

The researchers behind this discovery also suggested that all such low-metal, luminous clusters may not be alike, based on their findings.

For all that is known about NGC 1052-DF2, there are still many unanswered questions about the new UDG type. These doubts mainly concern how this highly atypical galaxy came to be, and how it relates to NGC 1052, the biggest galaxy in that region.

Top Image: The Keck telescope, where some of the research was completed (Source: T. Wynne/JPL)

previous article
Underneath an icon cracks the literal criterion
next article
Do Adults Grow New Brain Cells? A Scientific Debate Rages On…