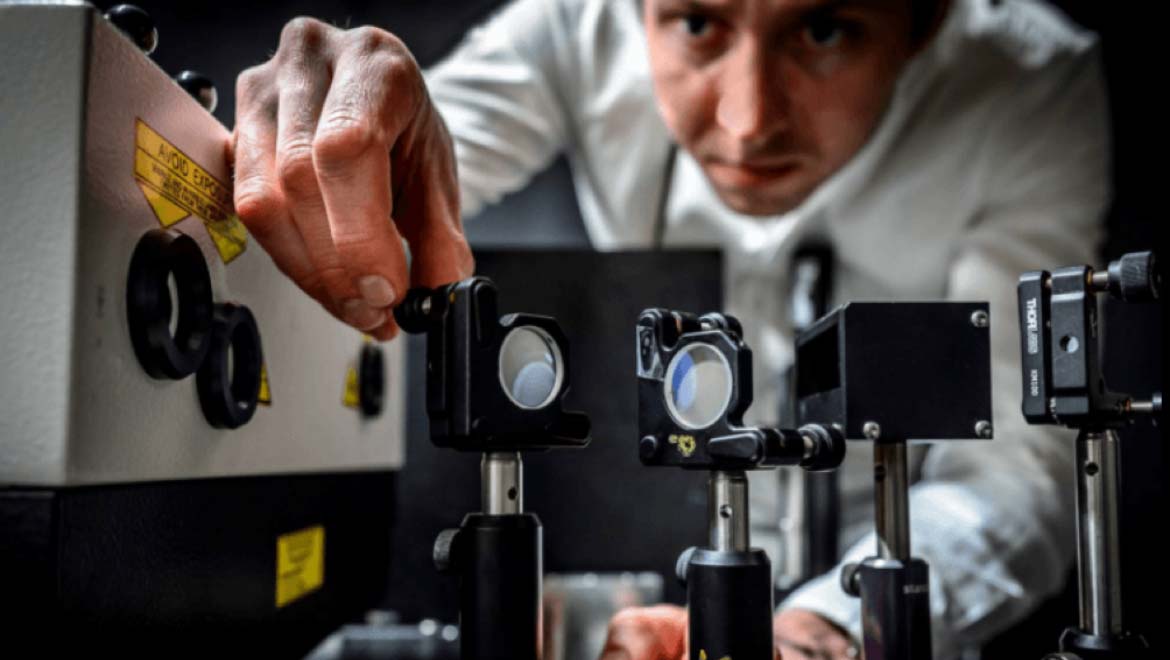 Single-shot 10-trillion-frame-per-second compressed ultrafast photography (CUP) is now possible with a new camera, developed by the researchers at the Institut National de la Recherche Scientifique (INRS) and California Institute of Technology (Caltech). This new camera literally makes it possible to freeze time to see phenomena — and even light (!) —in extremely slow motion. 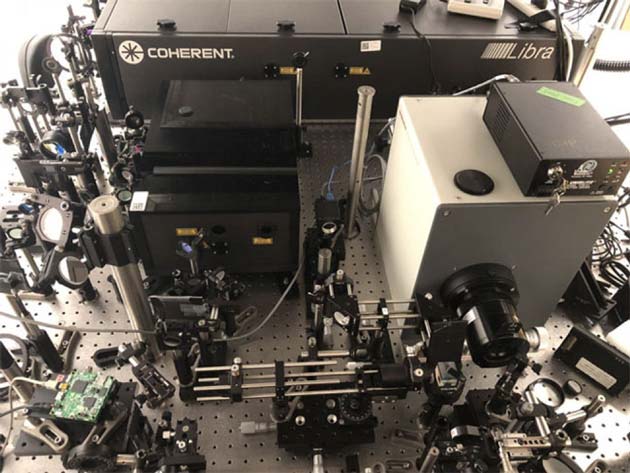 Improvements in the photography technique has enabled the visualization of instantaneous light patterns in real time. While standard optical instruments focus on a spatial point, temporal microscopes confine photons along a narrow plane that can penetrate samples and excite multiple components simultaneously.

Lihong Wang, from the California Institute of Technology in Pasadena in the US, and his colleagues have now developed the world’s fastest camera that can capture the temporal focus dynamics by taking trillions of images per second in a single exposure.

The setup recorded a sample’s dynamic intensity patterns, then split them into two optical pathways retaining spatial and temporal information. Aided by compressed imaging and a fast streak camera, this division helped minimize the number of measurements and enabled the image reconstruction algorithms to achieve frame rates two orders of magnitude better than the current receive-only ultrafast cameras.

The study, published in an October 2018 issue of the journal, Light: Science & Applications, showed that the new system, based on a femtosecond streak camera, incorporated a data acquisition type used in applications such as tomography.

How Does the T-CUP Camera Work?

Typically, the T-CUP splits the image of the laser into two devices: a motion recorder and a camera that makes a single exposure of the scene. The movie camera captures the scene at the screaming edge of what is possible for the device to see. The still camera makes a single, smeared shot of the laser's whole motion.

During the course of the study, this process was recorded in 25 frames taken at an interval of 400 femtoseconds, and it also detailed the light pulse’s shape, intensity, and angle of inclination.

Then, a computer will combine the data from the two cameras, using the smeared image from the still camera to fill in the gaps in the movie. The result is a 450-by-150-pixel video that lasts for 350 frames. 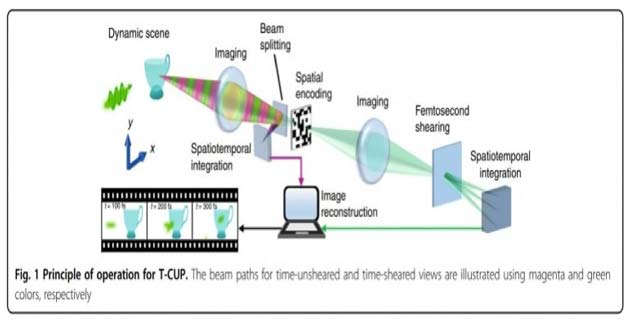 "We knew that by using only a femtosecond streak camera, the image quality would be limited," explained Lihong Wang, Director of Caltech Optical Imaging Laboratory (COIL). He also added, "So to improve this, we added another camera that acquires a static image. Combined with the image acquired by the femtosecond streak camera, we can use what is called a Radon transformation to obtain high-quality images while recording ten trillion frames per second." 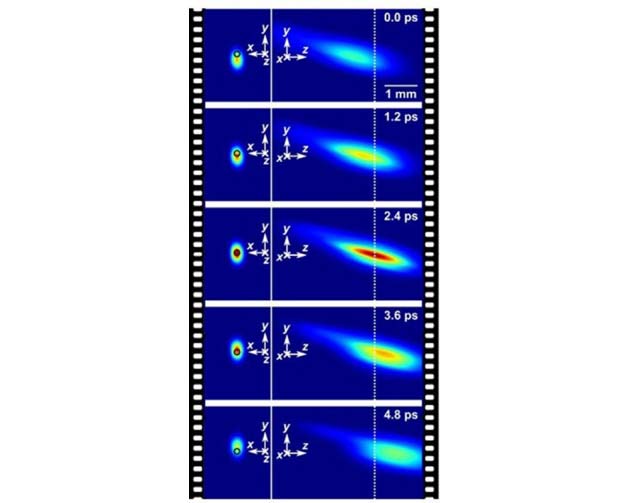 Real-time imaging of temporal focusing of a femtosecond laser pulse at 2.5 Tfps. The femtosecond laser is a type of ultrafast laser that creates a minimal number of heat-affected zones by having a pulse duration, below the picosecond level, making the technology ideal for micromachining, medical device fabrication, scientific research, eye surgery, and bioimaging. (Source: Liang et al, 2018)

The exclusive features of the camera have been described as follows:

• This camera represents a fundamental shift, making it possible to analyze interactions between light and matter at an unparalleled temporal resolution

• The first time it was used, the ultrafast camera broke new ground by capturing the temporal focusing of a single femtosecond laser pulse in real-time

• This process was recorded in 25 frames taken at an interval of 400 femtoseconds, and it detailed the light pulse's shape, intensity, and angle of inclination

Jinyang Liang, an ultrafast imaging specialist at INRS (a university in France), who was an engineer at COIL (Caltech Optical Imaging Laboratory) when the research was conducted, said in a press statement that just these features make T-CUP an achievement.

He also commented by saying, "But we already see possibilities for increasing the speed to up to one quadrillion frames per second. Speeds like that are sure to offer insight into as-yet undetectable secrets of the interactions between light and matter."