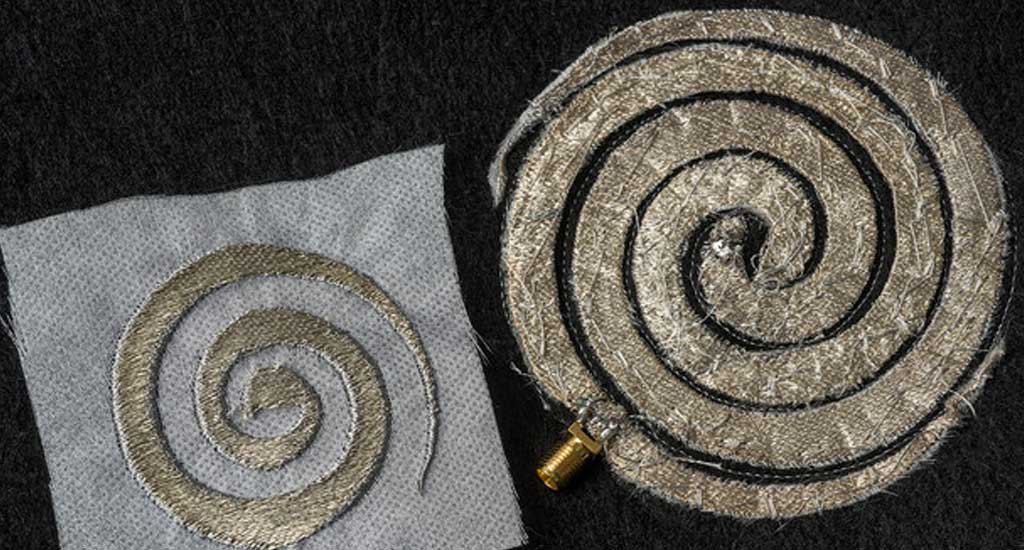 What if your clothes doubled as a modern computer? Indeed a thought provoking idea that is on its way to becoming reality and truly defining the term ‘wearable electronics’!

In a revolutionary turn of events, scientists at the Ohio State University headed by Prof. Chen have created communication devices by accurately, up to 0.1 mm, integrating sensors and memory into the fabric of everyday clothing. Their prototype involved high-range antennae made of 7 filaments of thin brass, FR-4 plastic and silver-enameled that was etched onto a piece of cloth and then on a vest placed on the chest, back and shoulders, and a computer on the belt which recognizes movement. The metallic threads, supposed to feel like the traditional ones, can be embroidered into any shape that discern the frequency, and ultimately defining function. In this system, due to a known problem of absorbing of signals by the human body, several receivers or antennae were positioned on different sides of the person and activated when prompted. During the development, special attention was also paid to the working and codes for the coordination of the signals from the automatically controlled multiple antennae.

Come to think of it, this is not unlike the mechanism of smartphones in that they do not contain any extendable antenna, are touch-sensitive and allow communication; the major difference being the functional textile or “e-textile” is an unassuming, concealed, even pretty (the colorful tapestry!) hands-free method to assimilate and transmit information. 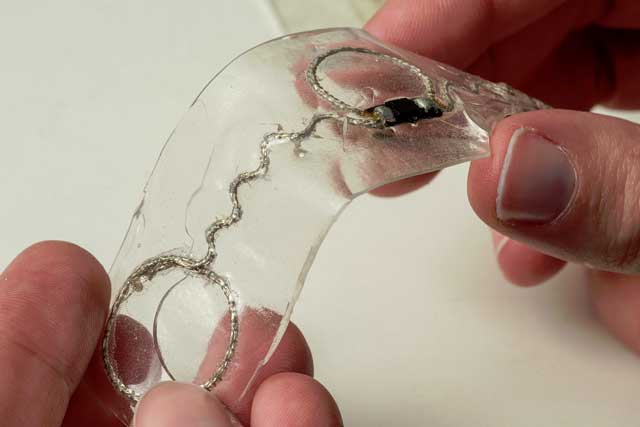 Researchers at The Ohio State University are developing embroidered antennas and circuits with 0.1 mm precision—the perfect size to integrate electronic components such as sensors and computer memory devices into clothing. They are also exploring other uses for the technology, including this flexible circuit that contains an RFID chip. Photo by Jo McCulty, courtesy of The Ohio State University.

The destiny of these wearable machines, owing to the highly customizable and adaptable nature, is bright and its applications limitless. Further studies are in progress with regard to the use of these threads to stitch various patterns, to act as antennae, on cotton and taffeta materials. It extends to circuits that could measure fitness levels, simple bandaids to reflect the nature of the wound underneath, as assistive devices for the elderly or handicapped, and so on. One of the larger impacts this kind of textile hopes to make is treating conditions relating to the brain and implants in a more comfortable (read wireless) manner. As Director Volakis of ElectroScience Labs believes, the future of this innovation could bring solutions in medicine and health to the forefront.

Although the antennae are currently priced at $200, researchers of this setup predict its cost to significantly reduce with an increase in production and time, in the process partnering, finding funding, commercializing the research and licensing the technology.