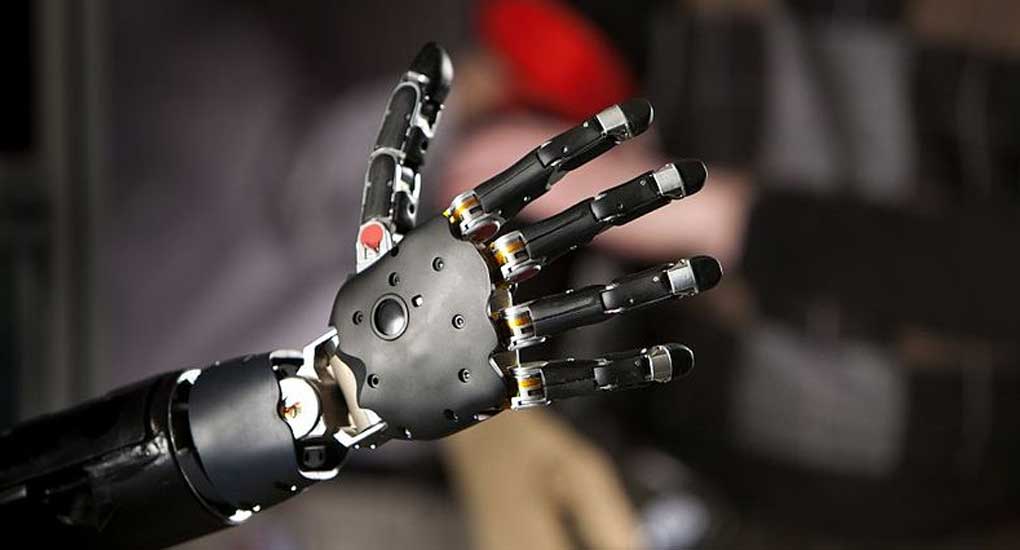 Over the years, anthropomorphism, the process of giving life to non-humans, has developed into a genre in plastics and medicine that one could have never imagined before!

Engineers from Seattle, Zhe Xu and Emanuel Todorov, challenged this idea by building a complex 3D printed biomimetic robotic hand that was detailed and highly accurate in function, designed to fully substitute it for a human hand. Their scientific work was published as ‘Design of a Highly Biomimetic Anthropomorphic Robotic Hand towards Artificial Limb Regeneration’ in 2016.

So how is this approach of biomimicry different from the others? Long since robotics came into play in the field of anatomy, it involved just mechanizing complicated organs with hinges and linkages resulting in unnatural parts that were not nearly as dexterous as their biological counterparts. The evolution of the robotic hand followed a similar path, of course, keeping in mind its initial appeal of low costs and accessibility to patients. Although these experiments paved the way to understanding hand prosthesis better, there were some issues in implementation including the fact that the former did not take into account the ‘biomechanical’ angle.

Hence, these researchers at the University of Washington, determined to find a more realistic and advanced modus operandi, created a user-controlled (note, in realtime) robotic device replicating the movement and symmetry of a human being’s hand with a fine intricacy, even imitating exact muscular and tendon action to the T. The bot was made from bones that were 3D printed from a cadaver from which unfixed joint axes were later duplicated, tensile Spectra strings as tendons and ligaments, rubber for tissue and muscle of Dynamixel servos, an actuator connecting joints. The devil sure lies in the detail!

The result, after an incredible amount of research and trials, was a kinematically sound biomimetic robotic hand, a carbon copy of the human hand, with the ability to flex and grasp objects almost like opposable thumbs do; comprehensive to a level that the Degree of Freedom (DOF) was replaced by metacarpophalangeal joints allowing the finger to twist axially instead of a simple rotatory motion.

The future of this automaton albeit promising, in fact revolutionary— its application in telemanipulation, limb regeneration, tissue engineering and neuro prosthetics being considered as Xu believes, “The control of prosthetic hands essentially relies on human brain” — requires tweaking to address everyday problems such as wear and tear due to its mechanical nature, and the smooth conversion of theoretical knowledge into practically changing a human amputee’s life forever.