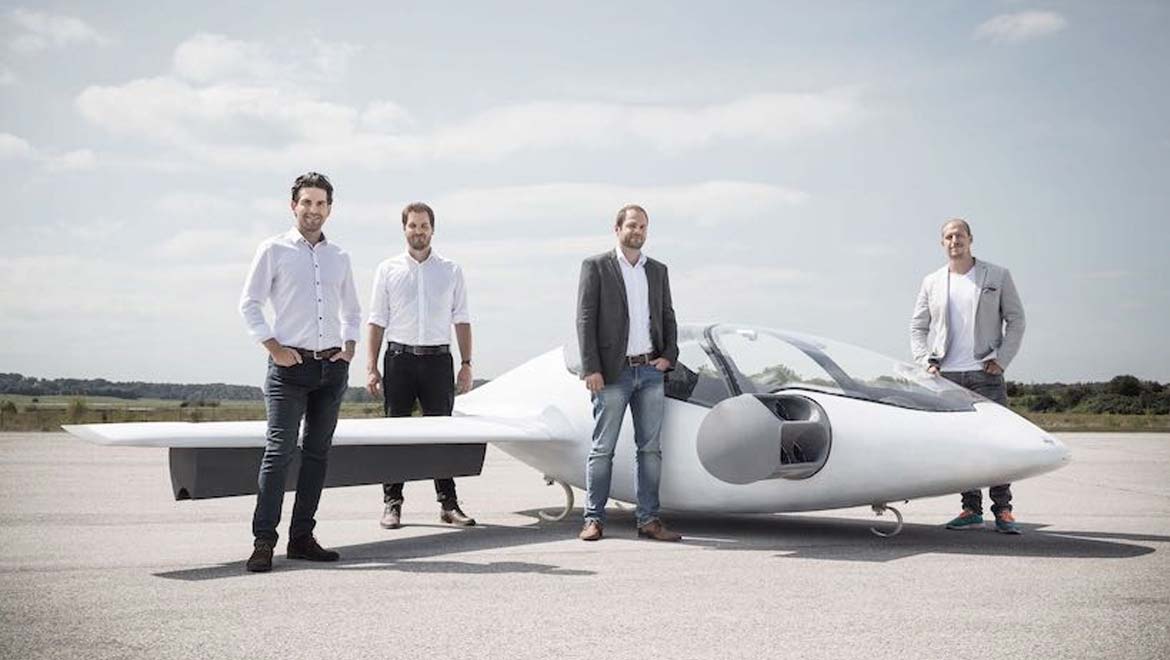 Nerd alert: sci-fi has finally found a place in our lives; it looks like we’re going back to the future!

Aircraft manufacturer and German startup, Lilium, have really outdone themselves by developing an electric jet-like machine that is, in fact, a car as well. This vehicle can vertically take-off from the ground and land comfortably when needed, all without the need for a runway. Designed as a means to re-invent transportation, the creators believe that this product will reduce congestion and traffic woes in cities. The study is currently being funded by the European Space Agency.

Richard Pat Anderson, of the Embry-Riddle Aeronautical University, has said the practicality of this project was “impossible” to imagine at first and that the company is “definitely exceeding some fundamental math”. Although they still have a long way to go, the Lilium CEO, Daniel Wiegand spoke about the how the research team have solved basic challenges, and the fully functional flight service should be available by 2025.

The Lilium jet questions conventional technology and instead, the design of this aircraft is based on new and innovative aerodynamics. The body was built to be rigid with 12 flaps, each carrying three engines. Now, when the vehicle takes off, the flaps tilt vertically thus enabling the engines to heave. The flaps automatically switch to a horizontal position when airborne and accelerate to propel the jet forward and upward. After this, it was made to behave like a regular airplane. The simple yet structurally efficient jet is devoid of gears, propellers, steering flaps, a stabilizing tail, and even water-coolers. The car is generous with legroom and space allowing for a bag to be stowed under the seats.

Earlier this year, in an airfield near Munich, the flying car was tested and was flown by a pilot without the accompaniment of other passengers. The vehicle was lifted off from the ground for a few minutes, and was then landed successfully.

From this test run, a few features were established: The model, though not traditional, was definitely an innovative, workable piece of technology, which, when perfected, could have the potential of quickly transporting up to five individuals safely. It is considered safe, because of the super-redundancy technique where several independent components were used instead of risking a single engine’s failure. In a very Uber-esque touch, it was made possible to order this air-taxi from a ‘Lilium pad’, with the push of a button and a pay-per-ride ride too! This means it does not require major infrastructure such as roads and bridges. The vertical lift-off and mid-air flight of the jet looked promising with low noise and air pollution levels. In fact, the makers claim that it is 100% emission-free with a negligible operational impact on the environment. Due to the fact that the engines have only one flexible rotor, maneuverability and operation of the system is relatively easy. On the flip side, and a major disadvantage is there is not yet a solution for a battery to power an engine that promises to run at 190mph for almost 200 miles at a stretch, and not to forget, obtaining an official certification (that is not easy for new kinds of planes) by authorities for public use.

But when push comes to shove, this will be a big win for clean and less stressful daily commute, along with a panoramic 360-degree view of the landscape. It’s not a bird, it’s a not plane, it really is a flying car!