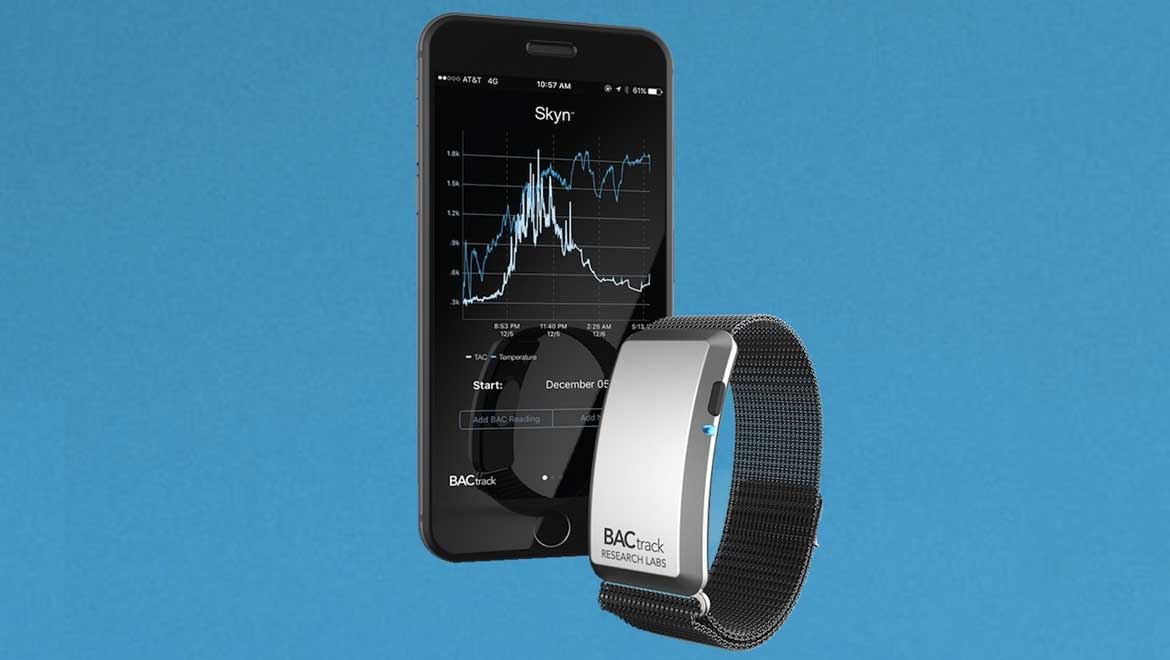 Drunk driving — one of the most common reasons for traffic accidents in the United States causes a third of the total number of deaths among inebriated teenagers and adults on the road. Over the years, there have been several attempts to find feasible solutions to this persistent problem but statistics show that, as of 2016, cases of driving under the influence (DUI) have reached an all-time high. Apart from this, drinking large quantities of alcohol, in general, has poisoned the lives of many. If only there was an easy way to keep check, right?

Wearables, a piece of technology that has taken over the world of health and fitness, have now found a place with a new set of users in individuals who want to monitor their alcohol consumption. The company BACtrack have developed BACtrack Skyn, the world’s first monitor that can be comfortably worn around the wrist and tracks alcohol consumption and its level in the body, in real-time. Not to forget how trendy and sleek it looks, like an Apple Watch or a FitBit band. As well as looking good, the rechargeable device is equipped with a charging point for a micro-USB charger, water-based alcohol sensor, a battery-saving proximity sensor and a bluetooth chip that sends information to your phone. Readings, history and sample sizes are hence found on the app and can be exported.

But how does it function? The prototype measures alcohol amounts, in terms of ethanol molecules released into the skin, as the individual is drinking. It then evaluates these levels during the period of consumption, as well as providing data about how long before you can safely drive and when the spirits affect your system and coordination. It even extends to the ability of users to be able to add features such as curfews, timings, notes and data for more accurate calculations and needs. Unlike in a breathalyzer where the time between the suspect’s breath test and analysis is more than 30 seconds, Skyn can be used frequently and continuously. The creators have described the signature of this monitor as non-invasive and passive, measuring the transdermal alcohol content (TAC) of the individual that will, in time, estimate blood alcohol content (BAC).

Although until it is put into operation, the precision of the instrument is left uncertain, applications of Skyn include personal as well as professional uses such as in businesses, medical research, hospitals, law enforcement and the military, to name but a few. This groundbreaking invention was designed all in the hope of creating self-awareness about alcohol content in the body, be it for consumer health or safety purposes. So, in the future, before you demolish your nth cocktail for the evening or decide to drive after a night of partying, all you need to do is take permission from your smart-‘er’ wearable monitor first!