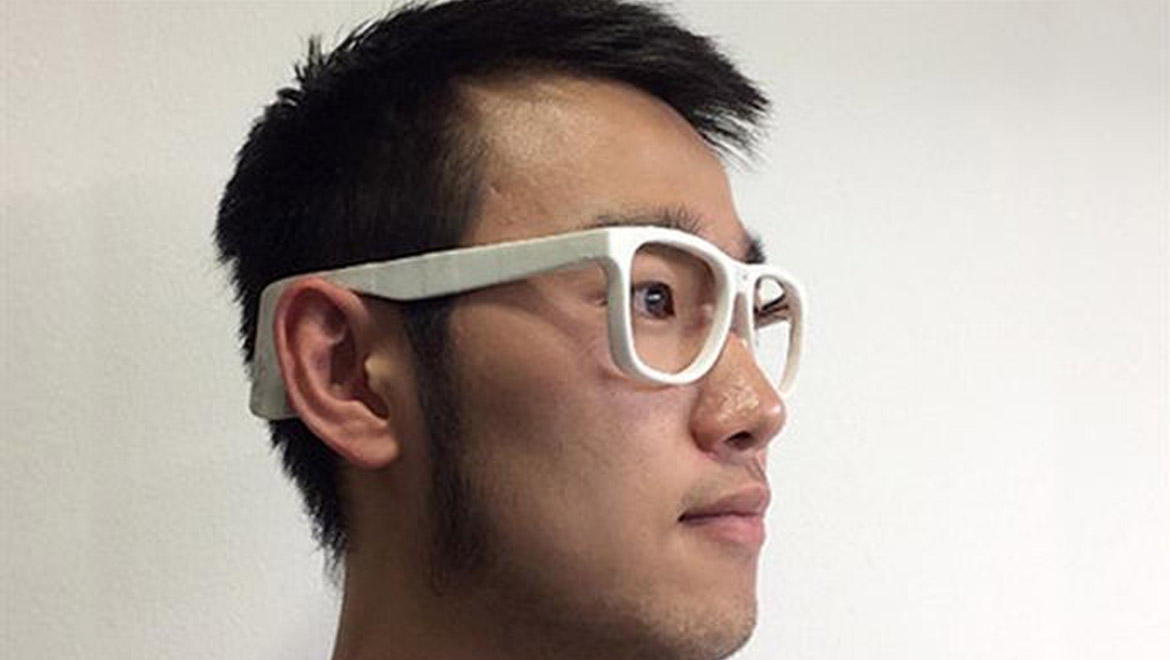 Google Glass debuted on April 4, 2012, with a warm reception that slowly waned by January 2015. The project did not shut down altogether, but was moved to its own department and is still available through the Glass at Work program. So why did Google Glass do so poorly? Some reasons include safety concerns, there was no real progress after the beta stage and no clear function. The glasses themselves are also aesthetically unappealing. There was no demand or problem that Google Glass could address. Marketing for the clip on accessory was also handled haphazardly.

Professor Oliver Amfit of the University of Passau is currently developing WISEglass with a slightly different approach. The glasses are specifically designed to address health and fitness, while looking like a pair of glasses you would find at your eye doctor’s office. Amfit’s research focuses on wearable biomedical sensing and computing with WISEglass being an approach to smart eyewear that will have both design and function.

Google Glass is a wearable computer that responds to voice commands and finger operations. The visual display piece hovers in front of your eye, slightly above your eye line. All the operating components are within the headset. Some poor design choices of Google Glass is the hovering eyepiece that can be distracting and the fact that certain users cannot use Glass. Namely, those people who already wear reading glasses. Special order frames need to be ordered for anyone with glasses that wants the Google Glass experience.

WISEglass takes a different approach altogether. Instead of trying to replace your current mobile computing and communication devices, it can work with them. The frames house the electronics and sensors that are used to monitor your vital signs, as well as a forward facing light sensor to monitor your environment. The frames can accommodate prescription lenses or no lenses, depending on the wearer’s desired look. Some of the onboard sensors include a pulse sensor, accelerometer, gyroscope, and a magnetometer. The data can be streamed by Bluetooth or stored locally. A battery is hidden behind the ear in the tip of the glasses.

WISEglass can distinguish between different activities; 9 participants engaged in 20 different activities and the glasses had a 77% recognition rate. It used the combined sensory data to determine what activity was occurring; activities included reading books, working on computers, eating, walking, and playing games.

With the pulse monitor, fitted between your temple and ear, the glasses can monitor your heart rate, while exercising or playing an intense game of Pac-Man, to within nine beats per minute. And how are you playing that game of Pac-Man? You use simple head gestures to move the beloved cheese wheel but don’t stare at that computer screen for too long. WISEglass’ onboard light sensor can detect colors, particularly blue LED light. Large amounts of blue LED at night or low light levels throughout the day have shown a negative impact on circadian rhythms. Your smart glasses will text your smartphone to cue you to take a break. 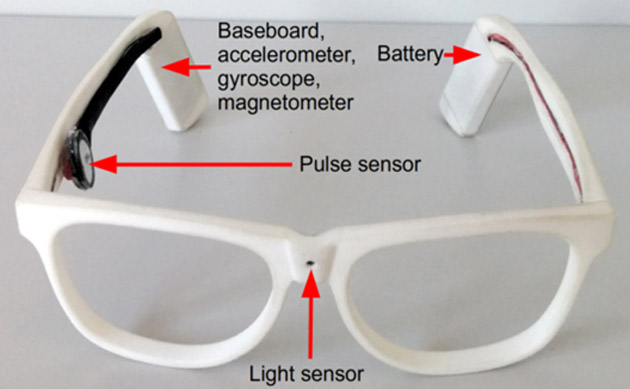 One of the more interesting features to WISEglass is its ability to monitor your consumption. A cookie here and a soda there can really make a difference in calorie counting. The smart glass knows by actually counting. The sensors in the glasses can detect muscle activity related to chewing. Participants wore the glasses while speaking, eating, swallowing, coughing, and moving their heads and the onboard electromyography sensor behind the ear was able to differentiate between them. Even the types of food could be distinguished. So be careful, the WISEglass can text you the next time you are naughty on your diet.