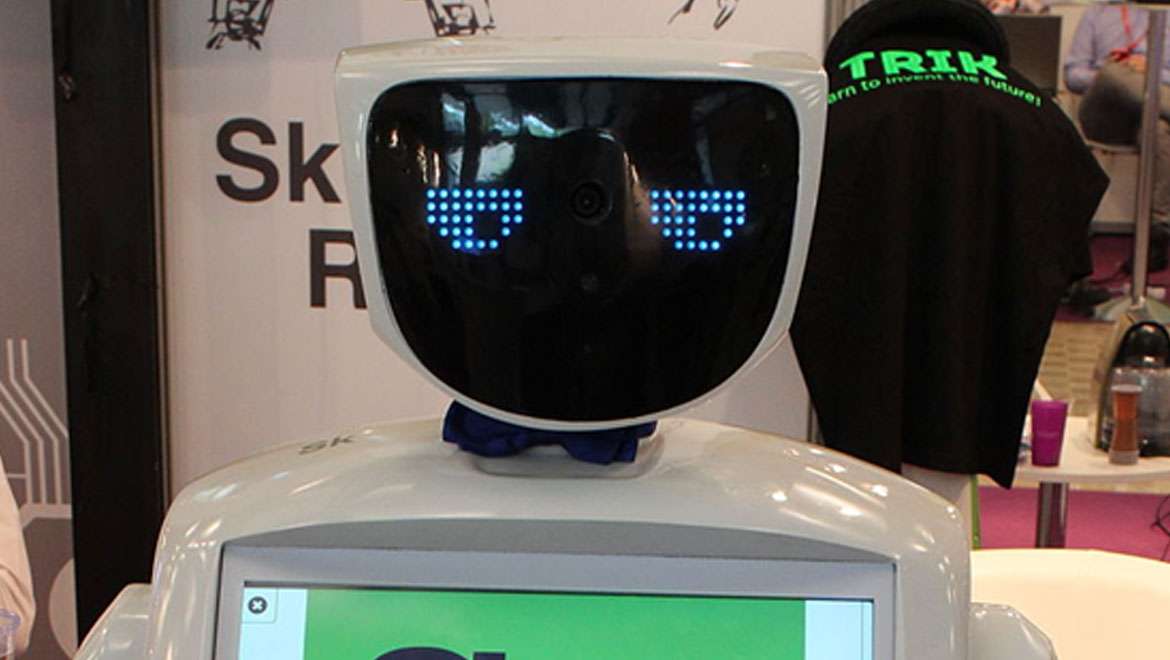 The Consumer Electronics Show (CES) for this year showcased a number of unusual products, from a prototype drone taxi to Hyundai’s walking car.

However, one of the most irregular events associated with the show was the apparent maiming of a robot by a Tesla Model S. This car was in autonomous mode at the time and knocked an AI-powered android down as it happened to be crossing the road, or so it seems...

The robot in question had been brought to CES, hosted in the Las Vegas Convention Center, by the company, Promobot. It was a freely-moving, more or less humanoid machine termed ‘model v4’ by its makers. This robot was described as powered by AI, which may make it more of an automaton. However advantageous its decision-making software may be in its everyday life, it also reportedly prompted the v4 to take a little stroll away from its human handlers at CES. This is where things may have started to go wrong for it.

At 12 pm PDT/3 PM EST on January 7th, 2019, Promobot sent a tweet to Tesla’s CEO, Elon Musk, claiming that a Model S also present at CES was responsible for “hitting and killing” the model, v4. This tweet contained a night-time video, which clearly showed the robot on the side of a road.

A few seconds later, the Model S, which was reportedly in self-driving mode (this could explain the other two cars ostensibly tracking it at the time), appeared. The car and robot appeared to collide, which resulted in the robot tipping over, back in the direction of the pavement.

Promobot also uploaded the video footage of the ‘accident’ to YouTube. (Source: Promobot/YouTube)

Promobot was very quick to draw attention to this incident, and not particularly in a quiet manner, either. The company’s Development Director, Oleg Kivokurtsev, alleged that the robot had been significantly disabled by the accident. He said, "Now it neither cannot [sic.] participate in the event not [sic.] to be recovered. We will conduct an internal investigation and find out why the robot went to the roadway."

Therefore, the incident may have been detrimental to Promobot’s ability to present its new tech at CES, as every company there planned to do. However, there may be more angles to this story than this.

A History of Robotic Traffic Disturbance

It must be noted that this is not the first time a Promobot robot has ‘run off’ in a highly public manner. In 2016, an earlier model made by the company caused traffic chaos when it ran into another street in Perm, Russia. The robot had reportedly ‘escaped’ through an unattended gate at a Promobot laboratory in the city. However, this apparent ‘break for freedom’ may have been more convincing had the robot not been blasting advertising slogans into the road at the time. Accordingly, this incident has been dismissed as a publicity stunt by the company ever since.

There are similar discrepancies in the supposed impasse between Promobot and Tesla as a result of the CES collision. A closer look at the video suggests that the Model S may have very lightly clipped the v4 if indeed it did so at all. The angle of the camera means that the car actually occludes the actual point of impact.

Furthermore, this line of electric vehicles are equipped with an extensive range of external proximity and road sensors, as well as controls connected to these sensors. They are necessary to facilitate safe, autonomous self-driving and have been shown to be capable of making the appropriate level of turns on highways as they curve, thus keeping the car on the road.

In addition, these cars have demonstrated the ability to avoid obstacles, albeit at low speed. However, it should be noted that the Model S is currently only capable of entering its self-driving mode if there are clear lines on the road. These were not a feature of the street in which the robot ‘met its fate.’ Finally, the supposedly missing v4 was shown to have been rescued by humans in very short order following its ‘accident.’

Therefore, this whole incident just may have been a very unorthodox take on PR for the company and its robots. If so, it is not clear if Tesla was in on it or not. However, it is certain that no Tesla representatives, Elon Musk included, have responded to the tweet in which the ‘collision’ allegation was made.

All in all, it is to be hoped that AI-powered bots risking damage when they wander into automatic traffic is not a part of the technological future that CES wants to endorse.