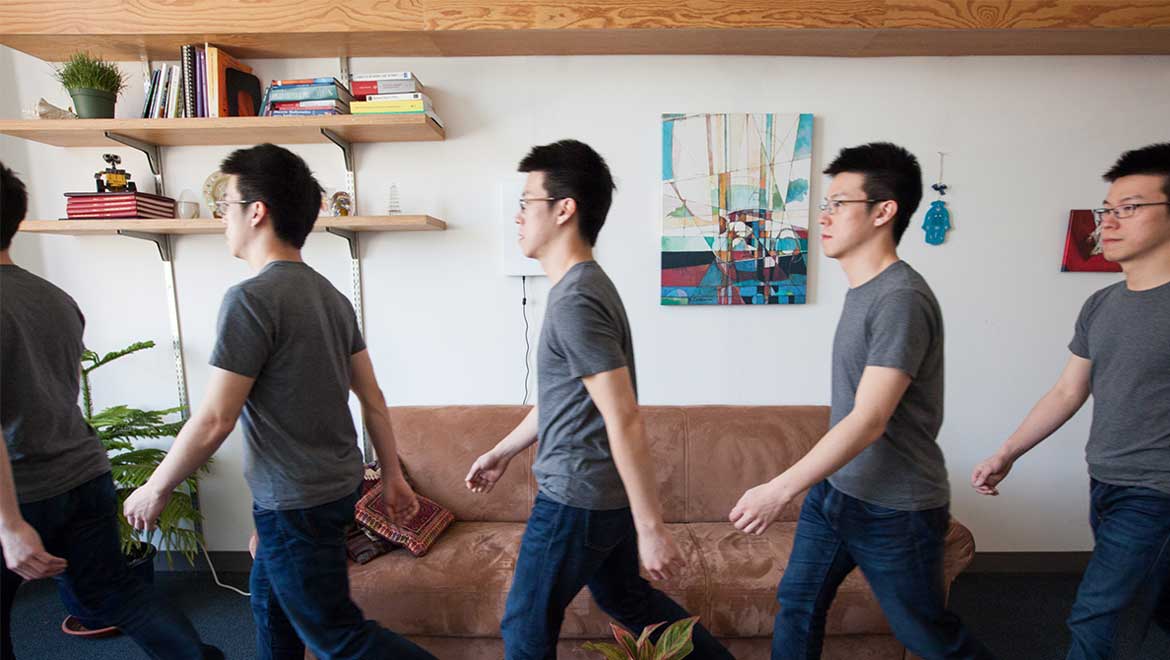 If you were asked to define vital signs, you might volunteer such well-known metrics as pulse; heart-rate; lung capacity; blood pressure and possibly others such as blood oxygen levels. However, some scientists now assert that the speed at which an individual walks is also a compelling indicator of health and maybe even lifespan. These researchers have concluded that walking speed, technically known as gait speed, is linked to the years of life left to a population of older people who have been studied for survival parameters in a number of studies. Their rationale is that the ability to walk at something approaching a normal average distance over time is related to functional status and thus overall health.

Walking is an activity that requires the input of a surprisingly long list of physiological and biological factors. It requires the nervous, cardiopulmonary and skeletomuscular systems to synchronise at an appreciable level of function. In addition, walking obviously takes particular toll on certain body parts more than others, such as the knees, hip area and spine. Functional decline in response to advancing age, in combination with several age-related health conditions, may significantly reduce walking speed over time. This connection has been given some support in a recent, large-scale study including nearly 35,000 older people as subjects. As a result, a laboratory at MIT undertook a project to design and build a device that measures gait speed. This sensor may help research in this area and confirm the presence of a causal link between walking speed and survival in seniors.

Physiotherapists, clinicians or general practitioners may measure walking speed with a stopwatch or other form of timer. However, this gives surprisingly inaccurate results, as does using smart activity trackers such as FitBit. This is due to the satellites that devices such as FitBits may use to analyse body position and movement; even small glitches in the connection between the two may throw off the precision of a gait-speed measurement. This may lead to faulty readings of walking speeds while the subject is indoors, for example. In addition, human error while using stopwatches or trackers may also affect the quality of walking-related data. A localised tracker, one that is in the room with a patient, which emits analytical signals that are bounced off the body at various points to report their position and speed as they move around a room may be a better option. This is the modality the MIT team adopted in the course of developing their WiGait. This wireless sensor is about the size of a picture frame, and similarly can be hung on a wall. It captures walking data in high detail and with considerable specificity: it can distinguish walking from other types of movement while standing. The WiGait is not a camera; it perceives people as dots moving in space. Therefore, it is pointless to hack it, as it would contain no potentially privacy- or identity-related information.

The WiGait was developed by Professor Dina Katabi and her team at MIT’s CSAIL division. The professor was motivated to set up such a project in response to research that indicated the link between gait speed and remaining life speed in seniors. A recent example of this is a paper published in JAMA in January 2017, by a team working in various medical, clinical research and aging-studies centres in Europe and the United States. These researchers analysed gait speed data gathered in the course of nine previously-completed studies that researched health and survival in over 34,400 adults of 65 years or more. The walking-speed data consisted of baselines and various follow-up points over a period of up to 21 years, depending on the study. Its analysis found that gait speed was significantly associated with living longer, and that the risk of death increased with every approximate 0.10 metre per second reduction in gait speed over time. This association remained consistent when factors such as gender, health issues, lifestyle choices such as smoking and blood pressure were taken into account.

Unobtrusive monitoring could be useful

These findings seem compelling, but it is important to note that this study was conducted using the observational method of research; therefore, its results can’t be interpreted as a truly causal relationship. However, the WiGait could be a valuable tool in testing this apparent association in further studies that seek to confirm or deny the link between walking speed and longevity. Such a clinical indicator like this would be useful for clinical and medical professionals who assess health in older adults and what types of care they are likely to need. Even if the association between survival and gait speed turns out not to be that robust, WiGait still has other valuable applications. Professor Katabi believes that a WiGait installed in an older person’s home would be a convenient and unobtrusive way of monitoring their health over time. For example, sudden changes in gait speed could indicate that an individual has had a fall or experienced an event such as a stroke. This could signal care or emergency medical systems to arrange a consultation or evaluation for the person in question.

Gait speed is one of the latest in a long line of variables that have the potential to offer refinements in the clinical data that goes into estimating the longevity or health outcomes of older people. This information and its analysis go beyond traditional conventions such as the effect of gender on average survival rates. Walking and its speed has obvious limitations, however, particularly as it’s not completely universal in terms of the mobility levels of everyone in a given population. However, for those with full and lifelong motor functions, changes in gait speeds over time could imply changes in health status and life expectancy. The WiGait is a sensor that improves on the gait analysis available to typical consumer-grade devices such as timepieces or activity sensors. It doesn’t require having a wearable on at all times, and gives high-resolution, specific and accurate walking data for anyone in its range. The makers of the WiGait hope their device has a role to play in healthcare monitoring and evaluation for the ever-growing demographic of senior citizens.