The evolution of automated machines and the continuous improvements to robots, recently, has intensified the debate on their impact on social structure and the future of humans.

The first major concern is whether robots will replace humans in the workplace, bringing the end of work, as we know it.

In a generation with a global economy burdened by recession, the question is whether the extensive employment of machines will lead to a further rise in human unemployment. Also, the arrival of immigrants to developed countries renders a bleak future to the working masses.

Although recent studies have shown that a majority of people believe that AI will make the world a better place, some of them are of the view that it will impact their professional future. It has been observed that, mostly, the white collar class favor AI usage while the blue collar workers consider the same a serious threat.

But, let's look at what happened during the industrial revolution — new manufacturing processes were introduced where machines took over physical labor and humans were left with cognitive tasks. Similarly, now, artificially intelligent beings are bound to take over roles, which they are specifically designed to perform better and faster than humans. This leaves us, humans, free to deal with other duties and create newer opportunities. 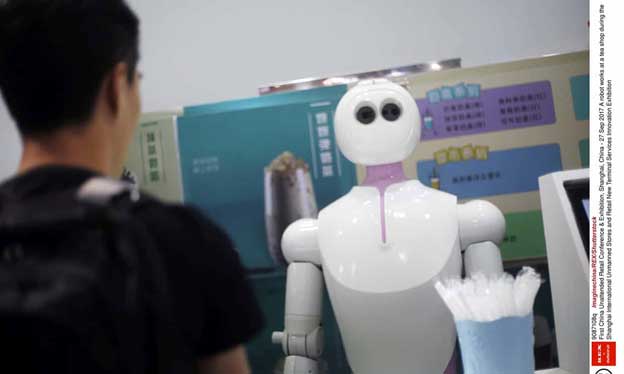 On the other hand, future AI machines are also expected to excel in cognitive functions. According to Toby Walsh, Professor of Artificial Intelligence at the University of New South Wales in Sydney, Australia, the most important properties that only humans will possess is social and emotional intelligence, as well as artistic and artisan skills.

What Will AI Become In The Future?

Another question that seems even more threatening and points to a darker future is one that comes straight out of science fiction films.

Will machines be continuously and inevitably improved, and be evolved to a point where they can be emancipated from human control?

This, for instance, Dave Partner Ozoalor writes, could be very smoothly accomplished by deploying blockchain. The technology will keep increasing its knowledge by sending complex puzzles to programmers around the world and paying them using cryptocurrency. When enough intelligence is gathered, the machines will be capable of ceasing activities and taking over humans in a non-violent way.

The dilemma here is deciphering whether this is a good or a bad option; humans are prone to fatal errors (letting AI take over maybe one of them), and this could potentially threaten the planet.

According to Kevin Kelly, executive editor of Wired magazine, AI growth is business as usual. He describes that technological developments cannot be distinguished from biological evolution and it is the only reason why humans have dominated the world, instead of being eaten by animals. 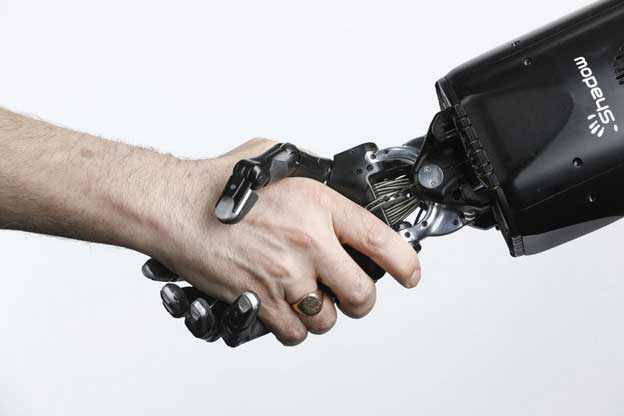 Furthermore, according to other experts, AI and robots will never fully be able to replace humans for some very simple reasons:

First, they have no right to do it. Literally! Artificial intelligence has no legal right to possessions, property and financial decisions. They cannot exercise political rights, vote or be elected, and AI can't even accumulate wealth and power.

Second, such a circumstance cannot be financially justified, i.e., AI will always be more expensive and is not as flexible a workforce as humans are. Even in situations when robots seem advantageous enough to substitute for the human race, it can be expected that the reduced consumer’s base will drive the economy into recession. This, in turn, will chase the bots into unemployment.

The third angle is a violent, military takeover, which is also not feasible. AI technology, despite its capabilities, cannot be united to create an undefeatable army. Robotics, like other areas of science, are being developed and deployed by various companies in different parts of the world. With such a vast range of targets and mission statements, a world-domination of this order will, no doubt, be met with strong and effective resistance.

From a research standpoint, artificial intelligence does not seem to be posing a threat to humans, but a lot of precautions have to be taken to keep it under check. The current approach towards interactions between humans and machines, although promising, still needs a disciplined human response.

One of the foreseeable challenges includes regulatory oversight, at a national and international level, against “our biggest existential threat,” as described by Elon Musk. Human governance and social institutions could also play a part in the timely implementation of protocols and norms to control the perils of AI.

previous article
Underneath an icon cracks the literal criterion
next article
Ketamine: The Depression Treatment of the Future?