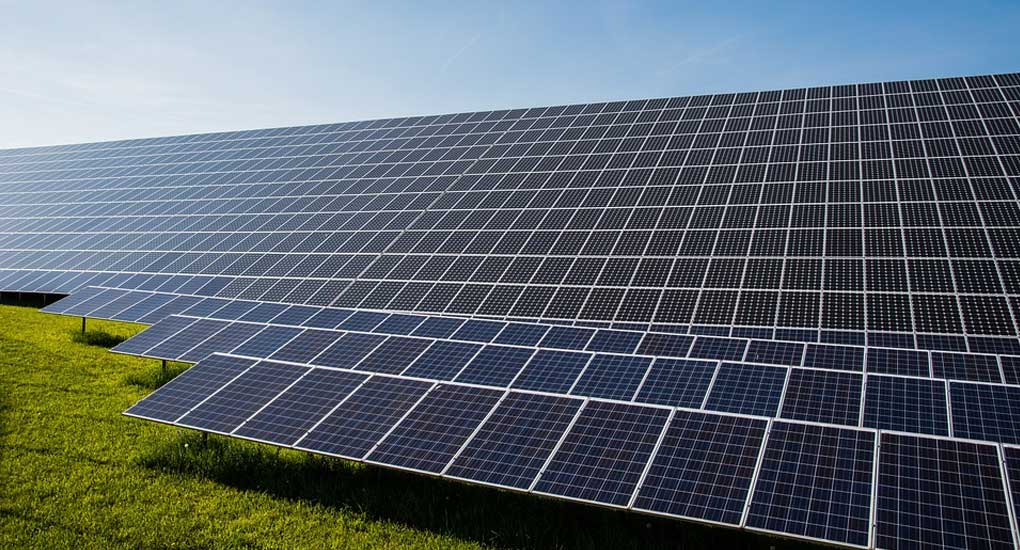 Humans consume large amounts of energy for transporting goods, running our industries, bringing comfort to our homes, and powering our cities. In the United States, a majority of the energy consumed comes from petroleum, natural gas, and coal. 91% of the coal goes towards generating electric power; however, it also increases production of greenhouse gasses. During this time of rapid global climate change, research is now focusing on renewable sources of energy production like wind and solar.

Currently, renewable energy only makes up 10% of the energy consumption in the US. The benefits of solar energy are that they do not produce harmful emissions and they have a minimal impact on the environment. There are some limitations with solar energy. One being the amount of sunlight they receive. Sunlight varies on time of day, time of year, general location and weather conditions. Due to the unpredictability of solar exposure, large surface areas are needed to generate power. Conventional inorganic photovoltaics (PV) are large, thick, and durable panels that are mounted facing the sun, clear of trees or other blocking structures.

But what if curved and uneven surfaces could also be used to collect solar energy? This is where organic solar power cells (OPV) could be used. PV placement is key to generating power, they limited by space and exposure. In dense cities where space is limited, entire buildings could potentially be made in power stations using smaller, flexible OPV. PV and OPV have different types of construction and power generation, with PV currently higher in efficiency, but in the short time since their introduction OPV have made considerable gains.

How do they work?

Conventional PV are constructed by sandwiching two types of crystalline semiconductors, n-type and p-type, between the metallic anode and cathode layers. A sheet of non-reflective glass is added to protect the semiconductors and keep light rays from escaping the cell. When a photon hits the semiconducting material, an electron is excited from the n-type crystal and will migrate towards the p-type crystal. This is in concert with the movement of a p-type hole into the n-type material. This movement of electrons between anode and cathode plates results in an electromagnetic load on the system, generating power.

OPV have a similar dual-layer construction sandwiched between an anode and a cathode. However, the materials used are organic molecules in place of solid state crystals. One compound will be an electron-donor, while the other is an electron-acceptor. Linear polyaromatic hydrocarbons are used as electron-donors, while fullerenes are well suited as electron-acceptors. These materials can be applied to a thin backing of a highly malleable metal, like gold. The resulting solar cell is the width of a card.

OPV generate power by first capturing a photon with the electron-donor material. In this molecule, one of the electrons will transition into and excited state, but will still be associated with the original molecule. This molecule then has to carry the molecule within proximity of an electron-acceptor molecule. Once an electron acceptor-donor pair is at the proper distance, a charge transfer can occur. The excited electron jumps from its parent molecule to the electron-acceptor’s excited state, which will eventually relax to a ground state. In the PV case, the crystalline matrix is not comprised, the electrons and holes move but the individual atoms remain in place. Here the molecules ferry the excited molecules to their destination.

When comparing PV to OPV, the savings lay with OPV. The thin, flexible, and printable solar panels can be made at a reduced cost to PV. They can also be incorporated into structures more easily than large and rigid PV. Currently, OPV are available in a myriad colors, shapes, and surfaces, and can easily be integrated into building aesthetics like windows or lighting installations. OPV are also quite durable compared to PV; rocks and falling debris can damage a PV array.

In terms of efficiency, PV still outperform OPV. Current data shows that PV are, on average, four times more efficient than OPV. However, their usage is limit by space and orientation. Take a 50-floor building and you can place a high-efficiency PV array on the roof, or place a lot of low-efficiency OPV arrays along the windows and walls of the entire side of a building. If the area of one face of the building is greater than four times the area on the roof with the PV array, the differences in efficiency is moot, and you would only have to consider the cost.

Another issue to consider for OPV is their lifetime. The use of photosensitive organic molecules will eventually lead to degradation. This is the same process as sun bleaching, where objects left out in the sun for extended periods will fade.

Not to discourage the use of OPV, the field is still in its infancy and there are still many things to be developed. A new strategy incorporates organic and inorganic molecules to produce a PV/OPV hybrid, perovskite, which has, in the short time since its introduction, achieved new efficiency records. Even here a research team is dedicated to using this hybrid type to generate new types of solar cells and apply that towards the production of new types of LEDs.

Perhaps in the future, we will be able to have a PV roof and OPV paneling on our homes.