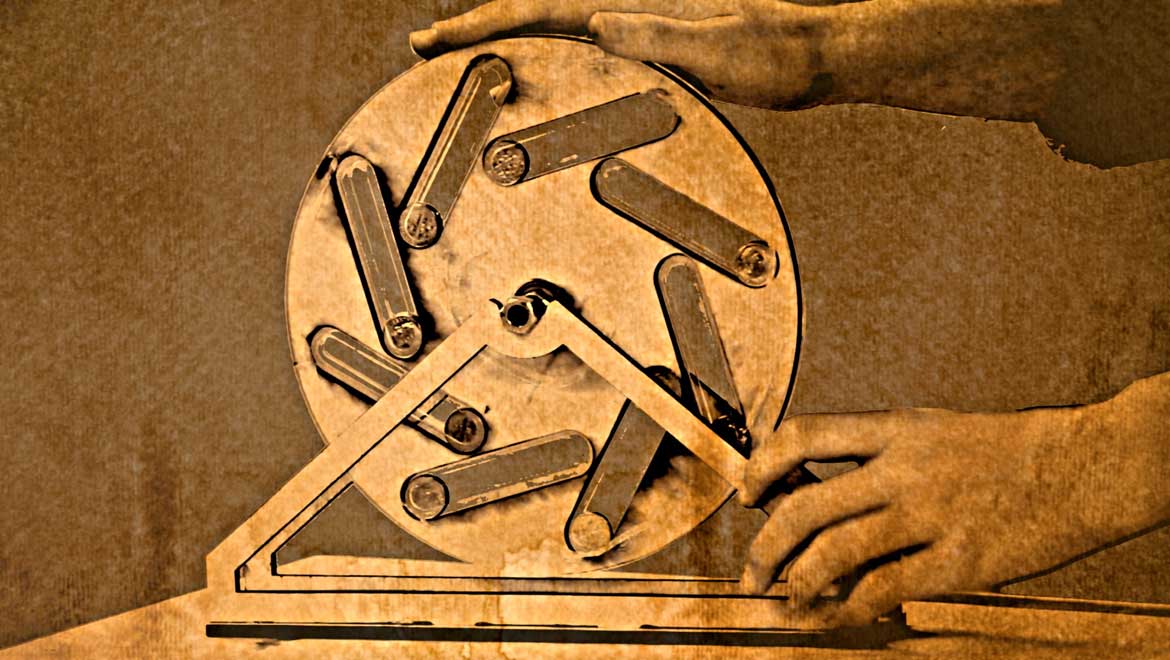 The Supreme Court and Congress have shown us that laws in our society are far from permanent—if enough people want it, the law can be changed. In the realm of science, though, laws are paramount. A newly demonstrated concept is not considered true until it has been confirmed by many other studies—even then it is only considered a theory, or a rule. Only the most absolute, time-tested concepts become laws and are generally accepted as unchangeable facts of nature.

The First Law of Thermodynamics, first formulated in the 1800s, is one such law: it stipulates that heat energy always flows from hot to cold, like when you pour hot coffee into a cold mug and the mug is hot seconds later when you pick it up. This occurs because molecules are more disordered or “random” at a higher temperature, and First Law says the amount of randomness in a system must always stay the same or increase.

Now, researchers at Aalto University School of Science in Finland have created a device that causes heat to flow in the opposite direction, from cold to hot. In essence, they’ve experimentally demonstrated the first system that doesn’t follow the long-accepted First Law. The result not only shows after nearly two hundred years that the First Law actually can be violated, but may also allow us to develop tiny machines powered only by the exchange of information.

This new device consists of a miniscule transistor connected to leads made of copper and aluminum, and is kept nearly 300°C below room temperature. An electric current is generated by the movement of electrons through the metallic leads. A small piece of metal called the “island” is connected to the leads, and it can trap one electron at a time on the island. When an electron is trapped, other electrons in the device transfer their own energy to the trapped electron and set it free from the island.

Put simply, what happens is that the device electrons lose energy while the single electron on the island gains energy. But the single electron is obviously a lot less “random” than the electrons in the rest of the circuit—the island electron is trapped and can only be in one place, while the electrons in the leads are traveling in all kinds of random directions and at a variety of speeds. So since these electrons lost energy, they lowered the temperature and therefore caused the system’s randomness to decrease, in violation of the First Law.

You might be thinking “That’s kind of interesting, but who cares?” The exciting part about how this device works is that the metallic island is collecting information about the system when it traps the electron—it learns whether or not an electron is on the island, since it can’t trap anything if there’s no electron there. So the transfer of information is what allows the device to function. Other machines require the transfer of heat energy, which is provided for example by burning fuel to drive a piston. You can see this if you feel the back of your refrigerator: the machine functions to cool down the food inside, but it can only do this by releasing heat outside, so the back of the machine is hot. The decreased randomness inside is compensated by the increased randomness outside.

Imagine the possibilities if we could make machines that work only by the exchange of information! As long as the island of this device is capable of measuring the electrons in the circuit, the device can run entirely on its own. Although this kind of behavior was predicted theoretically in the 1860s, only now with the advent of nanotechnology has it been possible to create such a machine in real life. A device powered by information might be useful in the development of quantum computers, which require the extraction of information about the quantum states of electrons. It could also enable the operation of computers that must function remotely, such as those in robotic planetary probes.

For now though, the simple demonstration that a device like this can exist is important for proving that the phenomenon is not purely theoretical. Even a law as basic and robust as the First Law of Thermodynamics, which is behind the development of all machines we use today, can be circumvented with enough innovative theory and experimental ingenuity. After all, laws are only made to be broken.