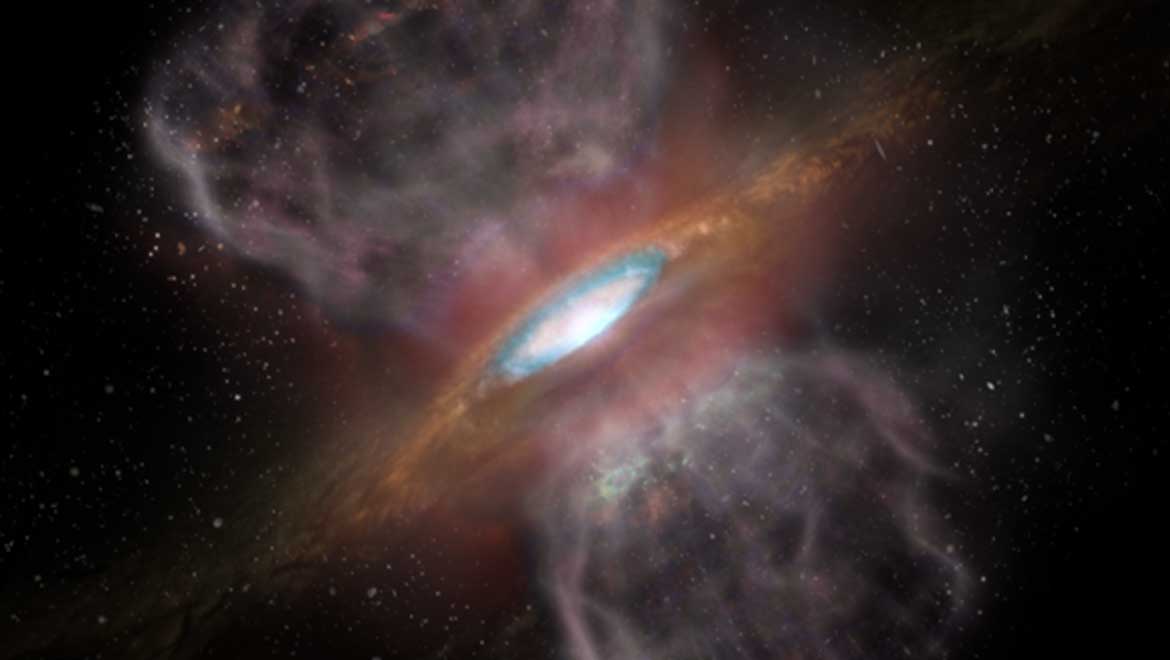 Stars could be described as being volatile and aggressive, particularly early on in their life cycles. However, scientists have only just found one that could be referred to as ‘salty’ – in a literal and figurative sense.

The study of this body has resulted in the discovery of signals that correspond to fine grains of salt in the dusty disk around this cosmic object. They suggest that the star’s formation involved temperatures so hot that it resulted in the conversion of sodium and potassium into this form.

The star in question is called Orion Source I.

It exists as a sort of split-off from the Orion Nebula and is located about 1,500 light years from Earth. As individual stars go, it is a relative infant. Astronomers estimate that it was expelled from the main nebula (a ‘cosmic nursery’ that produces new stars on a regular basis) only about 550 years ago.

However, a light associated with the more or less immediate aftermath of this event is only reaching the Earth around now. Researchers have been assessing the star for its behavior and evolution following its expulsion from the main cloud of Orion. 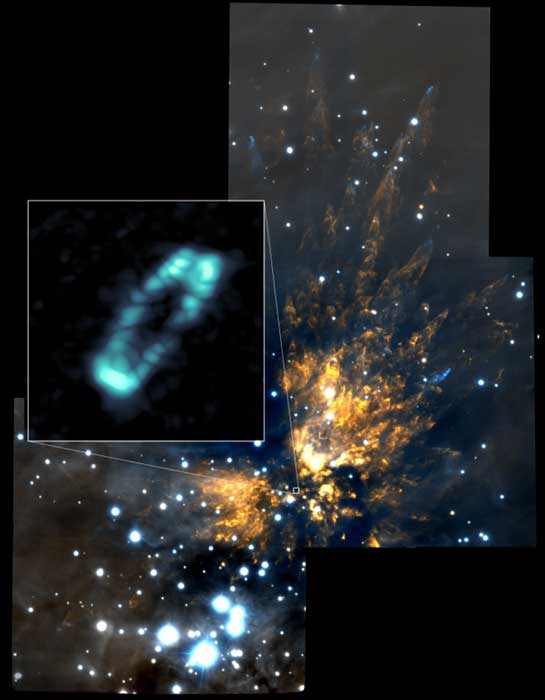 An image taken using ALMA of the new star with respect to the main cloud of Orion. There is also a close-up of the star’s disk, highlighted in blue. (Source: ALMA (NRAO/ESO/NAOJ), NRAO/AUI/NSF, Gemini Observatory/AURA)

The latest study on this subject has been conducted through the Atacama Large Millimeter/Submillimeter Array (ALMA) installation in Chile.

This observatory allows for the estimation of the chemicals included in and around a star based on spikes in the long-wave spectra of light that they emit. These ‘chemical fingerprints’ are also informed by the temperature associated with a star. Together, the resulting signals are known as transitions to astronomers. A wide range of compounds, like salts, have become associated with specific, characteristic transitions of their own.

Orion Source I is also surrounded by a vast disk of dust (or circumstellar disk), as newly ejected stars often are. A team from the US National Radio Astronomy Observatory (NRAO) set out to examine this disk and its chemical make-up in a new study.

These astronomers, led by NRAO Jansky Fellow Adam Ginsburg, were amazed to find that the transitions they recorded from the star included vast amounts of salt. Much of this material was NaCl but it also contained KCl.

Ginsburg et al. were astounded to find these chemical signatures in such close proximity to the nascent star. This was not merely connected to the novelty of finding such humdrum chemicals in such an unusual, cosmic location. Sodium and potassium salts have, in fact, been detected around stars before.

However, the stellar bodies in question were very old and nowhere near as newborn as Orion Source I is.

Furthermore, the transitions associated with either NaCl or KCl were highly varied. This suggested that wild fluctuations in temperature were acting on the molecules, giving a total of approximately 60 distinct ‘fingerprints’ from the ALMA readings.

This suggested that the salt molecules in the circumstellar disk of interest were present at temperatures as low as 100 Kelvin (or about -175 Celsius) to those as high as 4000 Kelvin (or around 3700 Celsius).

How Did the Salt Get There?

Ginsburg and his colleague proposed that the salts had formed from the raw metals as a result of the huge temperatures and violent forces in effect during Orion Source I’s expulsion from the main nebular cloud. They may have been present in larger grains, which broke down into more of vapor through collisions as they were drawn into the new star’s disk. The astronomers still consider this disk and the star’s environment at its birth to be highly unusual to contain such chemicals.

The astronomers were also able to use their ALMA data to estimate the amount of salt found in Orion Source I’s circumstellar disk: a figure equivalent to 1x1021 (or one sextillion) kilograms.

This mass is roughly comparable to the volume of all the Earth’s oceans. The sheer amount of metal has led the NRAO team to recommend that other similar stars are re-evaluated for transitional signatures as well.

Further work on Orion Source I’s salty disk may shed some light on what could happen to it in the future. These disks may have the potential to form planets or a solar system with Source I at its center.

In this star’s case, the potential worlds formed may be highly atypical (and taste strange, too!)

previous article
Underneath an icon cracks the literal criterion
next article
Could Bitcoin Be Heading To Its Demise Or Will It Survive?