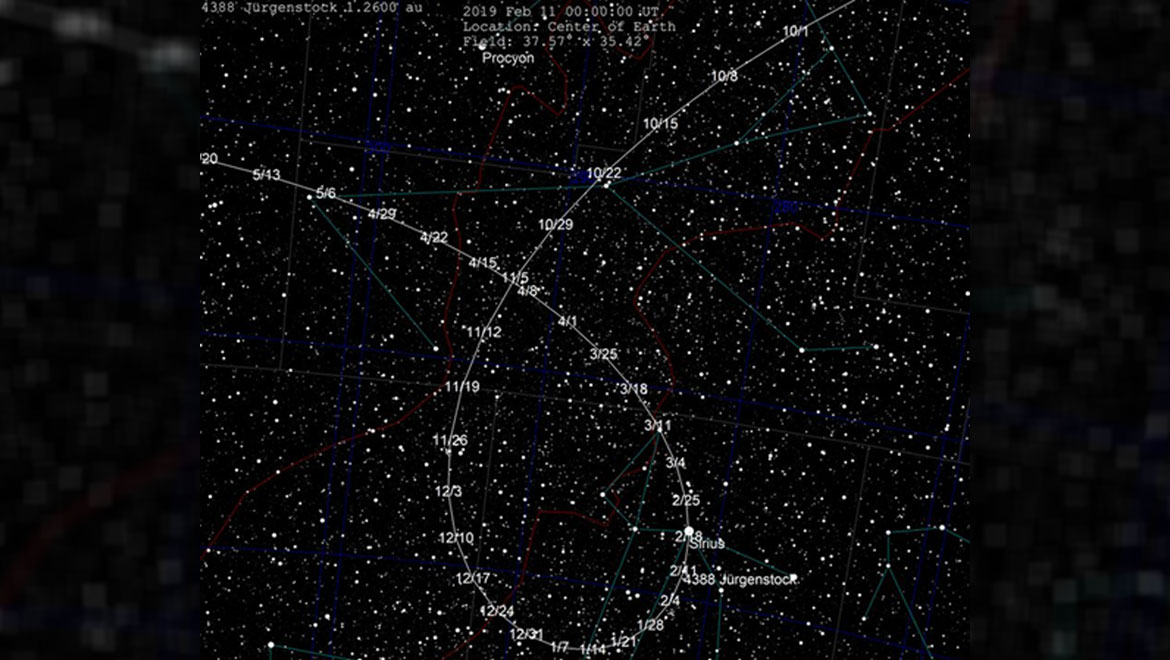 Sirius, a system of two stars - Sirius A and Sirius B - is the brightest object that we can see from the Earth. However, an asteroid called (4388) Jürgenstock briefly passed in front of Sirius on Monday (Feb 18, 2019) night. Sirius was almost entirely to fade for a few tenths of a second, as the 3.1-mile-wide asteroid flew by. The occultation, as it is called, was visible in parts of Mexico, six US states, and Canada.

In an event called an occultation, i.e., when one object in space blocks the light of another behind it, a small asteroid known as (4388) Jürgenstock reportedly slipped in front of the star for a fraction of a second and, like an eclipse, caused it to dim and disappear for a moment.

"This unusual occultation of the brightest star in the night sky will occur around 10:30 pm MST on Monday evening, February 18," according to a post by Bill Merline from the Southwest Research Institute and David Dunham from KinetX Aerospace, which was published on the astronomer-run website, Occultation Pages.

Sirius, located in the constellation, Canis major, is easy to spot, not just because of its brightness but because the three stars that form Orion's Belt point down at it in the winter sky, at least if you live in the Northern Hemisphere. Follow the stars of the belt down to the southeast horizon and boom, Sirius!

The star was first formally reported back in 1844 by a German astronomer, Friedrich Wilhelm Bessel. Eighteen years later, American astronomer, Alvan Clark, spotted Sirius' companion star, Sirius B. While nowhere near as bright as Sirius A, Sirius B has the distinction of being the first white dwarf star ever discovered.

At only 8.6 light-years away, Sirius is also one of the closest stars to Earth. Its proximity and brightness have made it a fixture in societies across history. For the ancient Egyptians, Sirius' rise in the late summer sky was the sign that the Nile River was about to rise. Ancient Greeks believed its presence in the sky would adversely affect dogs around the same time, hence the adage ‘dog days’ of summer.

"This is the first occultation of Sirius ever predicted," David W. Dunham from International Occultation Timing Association, Middle East section, told Forbes. "The star catalogs and asteroid ephemerides were not accurate enough to predict such events before 1975, so nobody tried to predict such occultations before those years."

According to Dunham, Sirius is far from where many asteroids roam, making this occultation particularly special.

Details of the Occultation

That shadow of occultation, which we first learned about from the Sky & Telescope magazine, was reported to begin in Antarctica, swing around the southern continent, then head north across the Southern Ocean, and finally, the Pacific Ocean. 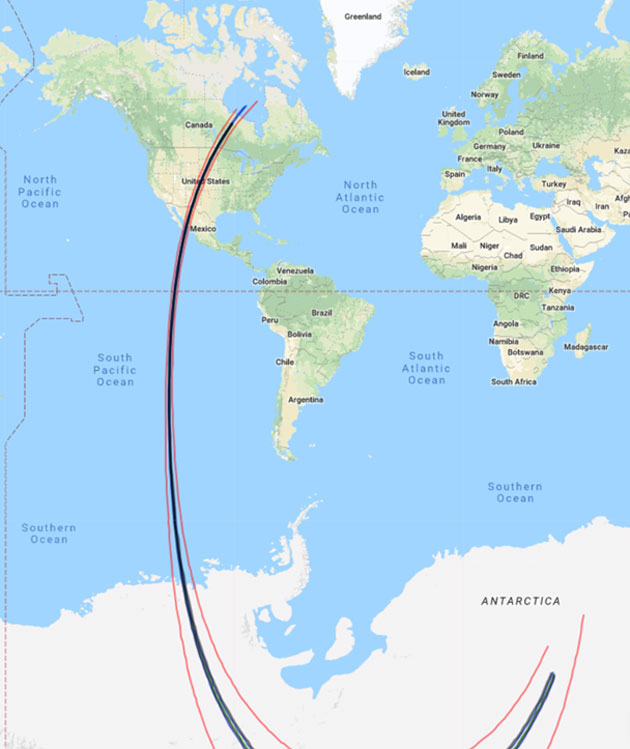 The location where the occultation of Sirius by asteroid, 4388 Jürgenstock, was visible on Earth, on February 18, 2019. (Source: BREIT IDEAS Observatory/Google Maps)

After Antarctica, the first land site to see the occultation should be the southern tip of Baja California in Mexico, at around 10:28 pm MST. Next were the US cities of Las Cruces, New Mexico, and El Paso in Texas. The southern locations had a shot at viewing the event around 10:30 pm MST. Then, around 10:31 pm MST (11:31 pm CST), it was Denver, Colorado's turn, and last, people of western Nebraska got their chance as well.

Before the event, a series of maps were created by Merline and Dunham that showed where stargazers could see the event exactly. The map below shows the general path and timing of visibility in Central America and North America.

The astronomers sent out a disclaimer that their predictions, while precise, couldn't be expected to be perfect. Sirius is, in fact, too bright for spacecraft to determine its exact motion through and position in space. Therefore, the map showed a range of probable visibility stretching about 130 miles wide. Even at the central line, there was only a 7% chance of seeing a full Sirius-dimming occultation.

Top Image: This map shows 4388 Jürgenstock's path across the night sky and where it was supposed to cross over, in front of Sirius. (Source: Tomruen/Wikimedia Commons)