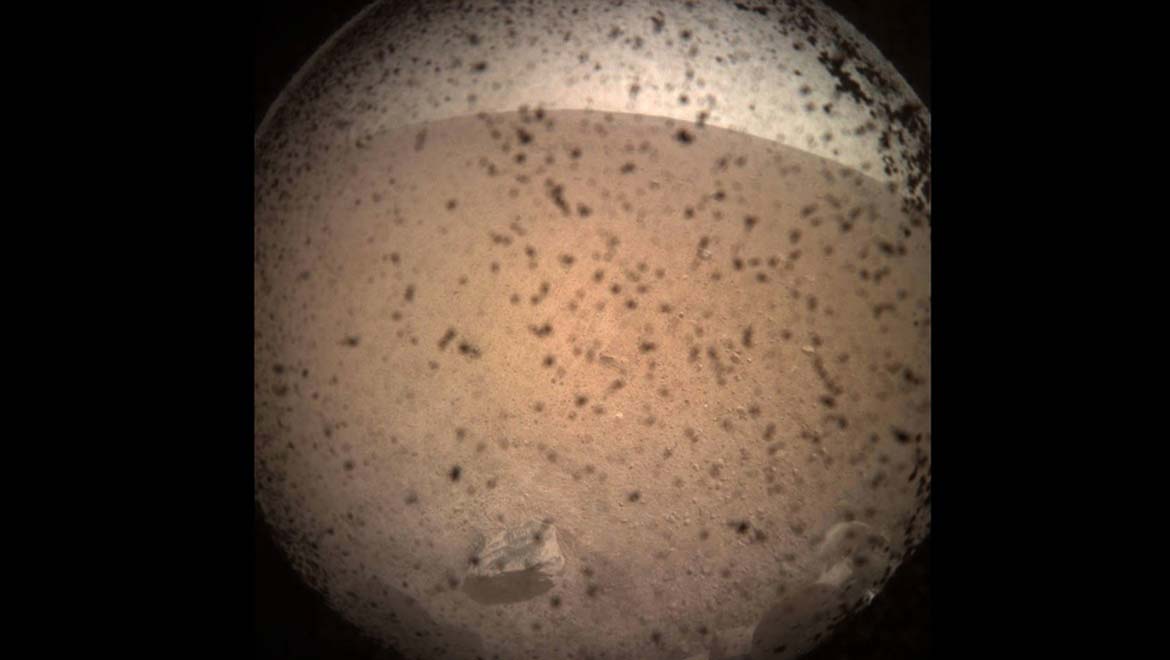 The Jet Propulsion Laboratory’s (JPL) mission support center was a hive of activity and nerves, a few days ago, as the InSight team monitored the fate of the craft this project had revolved around for years.

InSight, humanity’s latest Mars lander, was conducting the final stage of its flight at the time, one that could result in ultimate success for its team or a depressing failure. The mission involved passing through the Martian atmosphere to perform a well-orchestrated and long-planned robotic ballet in the planet’s air, before landing in a pre-designated zone.

InSight: From One Planet to Another

The InSight support team was exceptionally anxious as this sequence was also completely autonomous. Therefore, all they could do was listen to the signals relayed either from InSight or one of its 'companions,' a pair of innovative modular robotic ships called MarCO-A and MarCO-B. This telemetry was to describe how well InSight coped with its flight through the Martian atmosphere, which went, as it transpired, at 12,300 miles per hour (mph). After that, InSight was programmed to send beeps indicating the success (or otherwise) of the landing sequence.

Accordingly, at 12:52 PST (2.52 EST, 19:52 GMT), the Mission Support Center burst into cheers and applause as InSight sent the beep as planned. The craft had indeed made it safely onto the planet’s surface and is now sitting west of the Elysium Planitia, a volcanic plain that was the lander’s general target since the start of the project.

The InSight team later reported that the landing sequence took approximately six minutes, during which the craft traveled 500,000 kilometers until it touched down delicately on the surface. 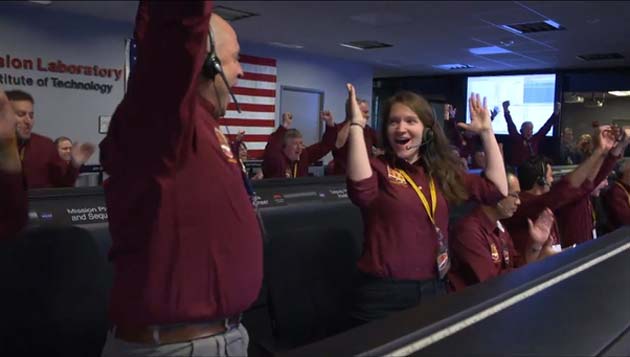 It did not take InSight long to take stock of its new surroundings and to send an optical image of the Martian horizon back to JPL via NASA’s Deep Space Network. This picture showed that InSight was completely safe and intact, if a little dusty. The MarCOs also played their part in sending telemetry on InSight as they skimmed past the planet during the landing.

However, the pair were not to land on the planet (as planned) and are now set to keep flying through space on their current trajectory.

InSight’s Next Moves on Mars

As for the lander they left behind on the solid ground, it was facing the next major test of its mission: the ability to deploy its twin solar panel arrays. The latency of this stage from the time of landing had to be well-judged, so as to protect InSight and the arrays from the Martian dust disturbed by its own landing.

The integrity of the arrays (each of which measure 7 feet across) is important to the mission, as they will keep InSight’s instruments charged in the course of its mission. Given the current distance between Mars and the Earth’s sun, these panels are likely to deliver electricity equivalent to about 700 watts per day at best. However, this should be enough for the sophisticated low-power nature of the InSight kit, even though it is also associated with the requirements of the average consumer-level blender.

These instruments will help complete InSight’s mission to examine Mars in-depth, in a somewhat literal manner. They encompass a range of seismological, magnetometric and geological techniques. One prominent example is the HP3 “Mars Mole,” a tool developed at the German Aerospace Center (DLR) that can drill through a planet’s surface in an autonomic fashion in order to measure the temperatures in the subsoil encountered. In time, InSight will deploy this tool and others around itself, using its robotic arm, like someone with an adult Lego set.

The craft will relay its various findings using its own communication arrays and the DSN. This process of deployment may take some time (until January 2019, for example, in the case of the Martian Mole), and it may give an idea about how much sunlight the planet gets at this point in its orbit.

InSight is scheduled to perform these functions until November 2024, or rather, for a period of one year and 40 days on Mars.

In this time, this mission could contribute to a vast improvement in humanity’s understanding of Martian terrain, history and possibly, how it may look and behave in the future. This is particularly important in light of plans to bring human explorers and maybe even colonizers to the 'red planet.' Therefore, it is somewhat vital that InSight remains in a position to keep sending its signals back to NASA on Earth.