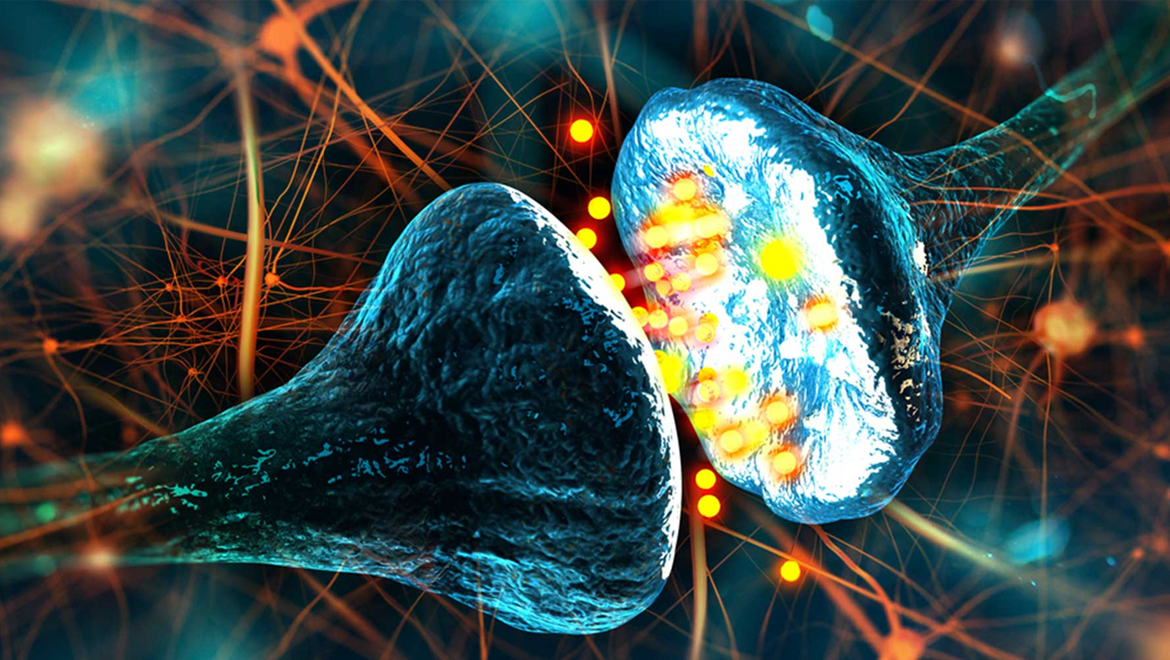 A new study, published in Science Advances, has uncovered networks in the brain that are at work when we are conscious.

Scientists have been preoccupied with understanding consciousness for centuries. Modern brain imaging techniques are starting to lift this uncertainty, and providing unprecedented insight into the human consciousness.

Research like this has the potential to lead to an understanding of how objective biomarkers can play a crucial role in medical decision making.

Consciousness can be lost and recovered every day, i.e., from the moment we fall asleep until we wake up. Consciousness can also be transiently abolished by pharmacological agents or, more permanently, by brain injury. Each of these departures from conscious wakefulness brings about different changes in brain function, behavior, and neurochemistry. But yet, they all share a common feature, lack of reported subjective experience.

One source of confusion when explaining “consciousness” stems from common sense and formal accounts that frame the study of mental life. These are typically discussed in terms of a binary split between conscious intentional and non-conscious involuntary processes (outside our awareness). When walking, for example, we are consciously aware of the intention to go somewhere, but putting one foot in front of the other to walk is a non-conscious action.

A rational worldview cannot disregard the fact that people have subjective experiences. Even science relies on conscious perception and reasoning. Therefore, the topic of human consciousness belongs within the purview of science, despite philosophical or religious arguments. 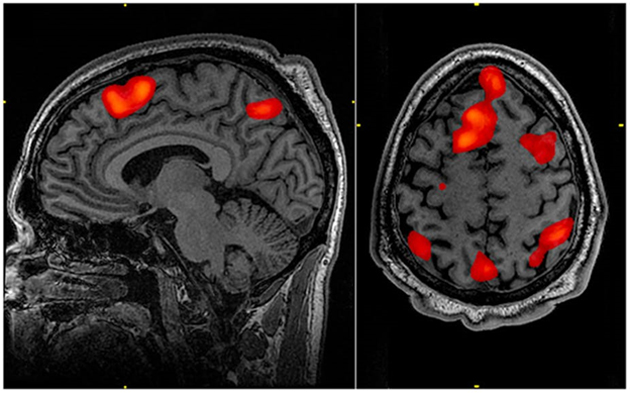 Image of the brain during memory tasks. (Source: John Graner/Wikipedia)

If strong sensory stimulation, attention, and deep analysis do not guarantee awareness, then what does?

One answer is that awareness depends on a reciprocal exchange of information across multiple areas in the cerebral cortex – the large folded sheet of tissue that makes up over 80% of the brain’s mass. Complex brain areas including the prefrontal cortex or the precuneus, which are responsible for a range of higher cognitive functions, are typically involved in conscious thought.

The main goal of the recent study was to understand how the brain supports consciousness and what goes wrong for patients who become entirely unaware after a severe brain injury.

The research used techniques such as MRI (structural and functional), tDCS (transcranial direct current stimulation), and behavioral approaches in both healthy volunteers and patients, with a disorder of consciousness, to test the role of different brain structures in the clinical deficits they presented.

The study involved collaboration across seven countries in identifying brain signatures that can indicate consciousness, without relying on a self-report or the need to ask patients to engage in a particular task, and the ability to differentiate between conscious and unconscious patients after a brain injury.

People who have endured serious brain damage can end up in a coma. Coma is a state in which the capacity to be awake and aware of the surroundings are lost. Some patients may additionally need mechanical support to breathe. Typically, a state of coma cannot last more than a few days - patients may wake up but not show any evidence of having any awareness of themselves or the world around them, known as “vegetative state.”

The main difference between a ‘coma’ and a ‘vegetative state’ is that, in the latter, at some point individuals' eyes are open and they would seem to be ‘awake.’ They may move parts of their body, but this movement is not voluntary. Some movements can include grinding of teeth, thrashing, and facial movements such as grimacing, yawning or smiling. Patients may jerk as a reflex response to loud noises or move a hand away from any source of pain. They may produce sounds (grunting or moaning) or even speak occasional words.

If there is no improvement after four weeks, patients are said to be in a 'prolonged' vegetative state. If they remain in this state for several months, after brain damage involving oxygen-deprivation (caused, for example, by a cardiac arrest), or for one year after a traumatic brain injury (such as a car accident, a fall, or an assault), the chances of recovering consciousness are very low, and patients enter a 'permanent' vegetative state.

Another possibility could be that individuals show evidence of only a very minimal awareness, and this is referred to as a minimally conscious state. This means that the brain can still perceive things, but patients cannot experience them. However, a small percentage of such people are indeed conscious, but simply unable to produce any behavioral responses.

Methodology Used in the Study

The group of scientists from the University of Birmingham used a technique known as functional magnetic resonance imaging (fMRI), which allowed them to measure the activity of the brain and the way some of its regions “communicate” with others. 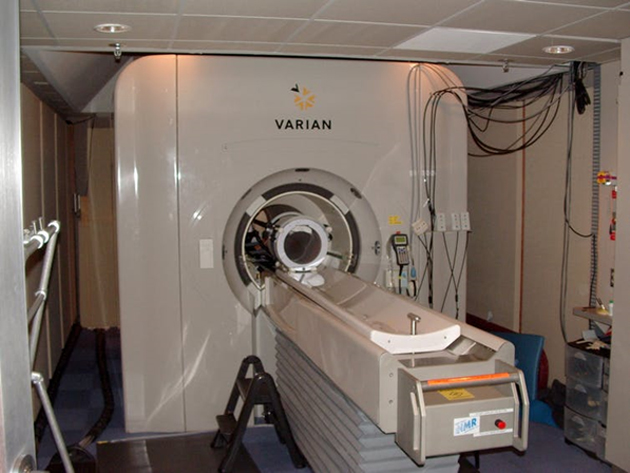 Specifically, when one brain region is more active, it consumes more oxygen and needs a higher blood supply to meet its demands. These changes can be detected even when participants are at rest. The method can also tell how it varies across regions to create patterns of connectivity across the brain.

• Examine the functional anatomy of the brain

• Determine which part of the brain is handling critical functions such as thought, speech, movement, and sensation; this is called brain mapping.

• Help assess the effects of stroke, trauma, or degenerative disease (such as Alzheimer's) on brain function

• Monitor the growth and function of brain tumors

• Guide the planning of surgery, radiation therapy, or other invasive treatments for the brain

The study collected data from 53 patients in a vegetative state, 59 people in a minimally conscious state and 47 healthy participants. The patients were from hospitals in Paris, Liège, New York, London, and Ontario.

Those from Paris, Liège, and New York were diagnosed through standardized behavioral assessments, such as being asked to move a hand or blink an eye. In contrast, the patients from London were assessed with other advanced brain imaging techniques that required the patient to modulate their brain to produce neural responses instead of external physical ones, such as imagining moving one’s hand instead of actually moving it.

What the Results Proved

The researchers found two main patterns of communication across regions.

One simply reflected physical connections of the brain, such as communication only between pairs of regions that have a direct physical link between them. This was seen in patients with virtually no conscious experience.

The other represented very complex brain-wide dynamic interactions across a set of 42 brain regions that belong to six brain networks with important roles in cognition. This complex pattern was almost only present in people with some level of consciousness. Importantly, this disappeared when patients were under deep anesthesia, confirming that the methods were indeed sensitive to the patients’ level of consciousness and not their general brain damage or external responsiveness.

The University of Birmingham has already started to explore the avenues to externally modulate the found-conscious signatures and possibly restore some degree of it in patients who have lost them, maybe by inducing non-invasive brain stimulation techniques. These steps might someday give insights about other conscious states like lucid dreaming and psychedelics. 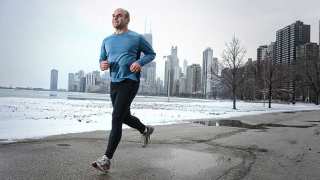