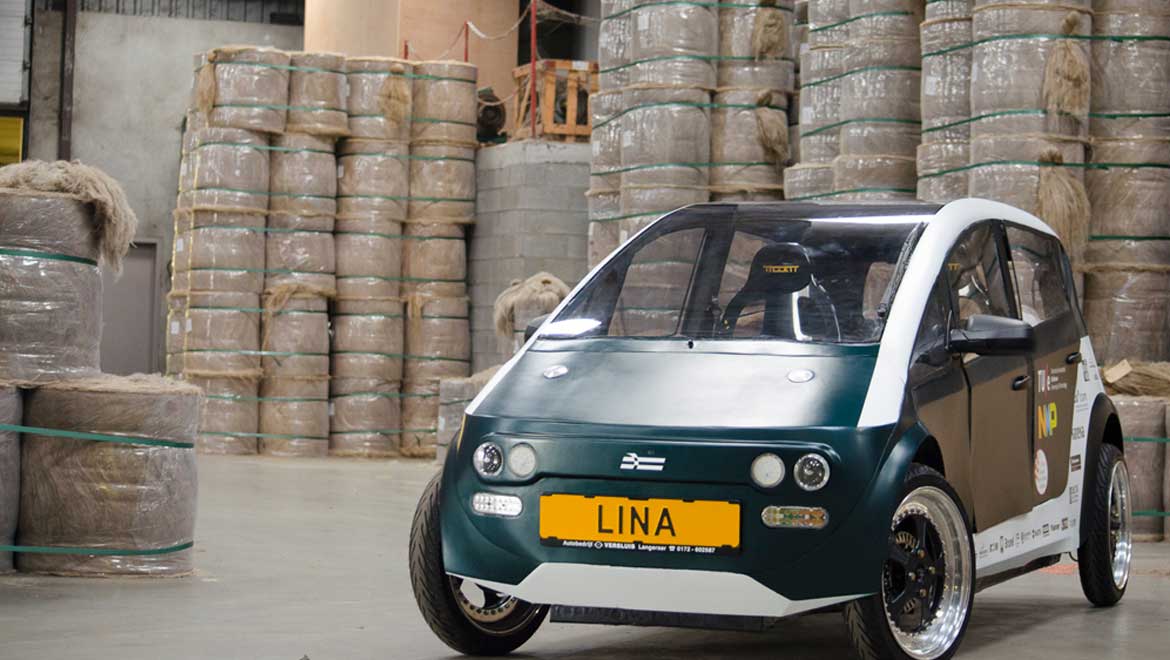 As we move towards creating a more sustainable future, the automotive industry is already taking steps to reduce its impact on the environment, including the development of electric cars such as those made by Tesla. TU/ecomotive, partnering with Eindhoven University in the Netherlands, have taken things one step further by creating the world’s first biodegradable car. 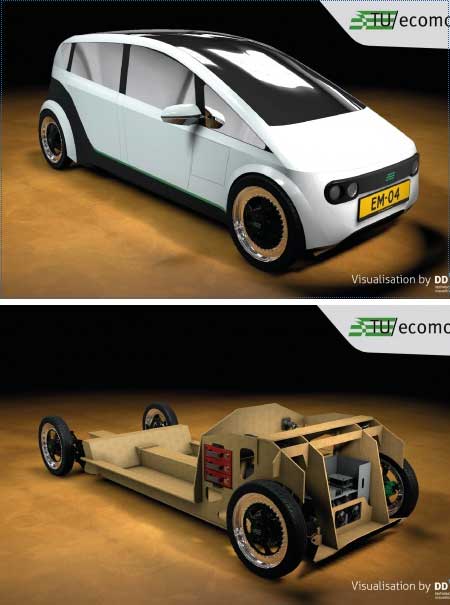 The car, known as ‘Lina’, is the world’s first bio composite car. Made from mostly organic materials, including panels crafted from sugar beet with a coating of natural flax and bio-plastic, Lina demonstrates an innovative use of natural materials in an attempt to reduce the impact of car manufacture on our environment.

The team selected flax fibres as one of the main components of the cars panels, due to the fact that the properties of this natural material bear a strong resemblance to carbon fibre and aluminium, which are currently popular materials in the manufacture of standard cars. Flax fibres can be overlaid at a variety of angles in order to create a very resilient material which can withstand the stresses and strains experienced by cars daily. 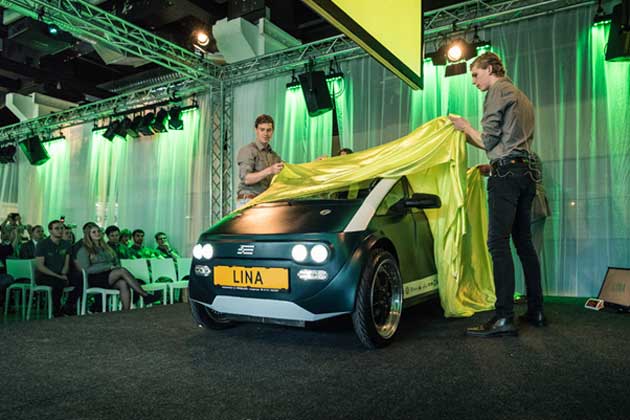 As proof of Lina’s suitability, the car has just undergone an inspection by the Dutch vehicle licensing agent RDW. This means that it can start trials on the road. The four-seater car is powered by a battery from Nova, which can be easily swapped out for a freshly charged pack, or possibly completely replaced when new and more efficient battery technologies become available.

The car also has NFC, or Near Field Communication tags embedded in its doors. This is a form of wireless data communication which means that the car doors can be unlocked using your smartphone as opposed to a key. A great advantage of this is that the car can be used by car sharing services, adapting personal settings to whoever is driving it at the time.

Innovative ideas for the future

Dan Simmons from the BBC was the first member of the public who has been allowed behind the wheel of this diminutive motor. Whilst he may have found the design a little rudimentary – Lina doesn’t have any opening windows, radio or air conditioning, the concept is certainly impressive.

One of the great advantages of the production methods used to create this car is that it takes only 20% of the energy required to produce a carbon fibre car. Lina was officially unveiled in May, during Dutch Technology Week.

Whilst this particular model is unlikely to become commercially available, it certainly heralds the start of a new era for car manufacture, one that considers the role of natural materials in crafting the cars of the future. As the company states: “The automotive industry as we know it is changing and this is the moment to step up and show the possible applications of today’s technology in tomorrow’s car.”