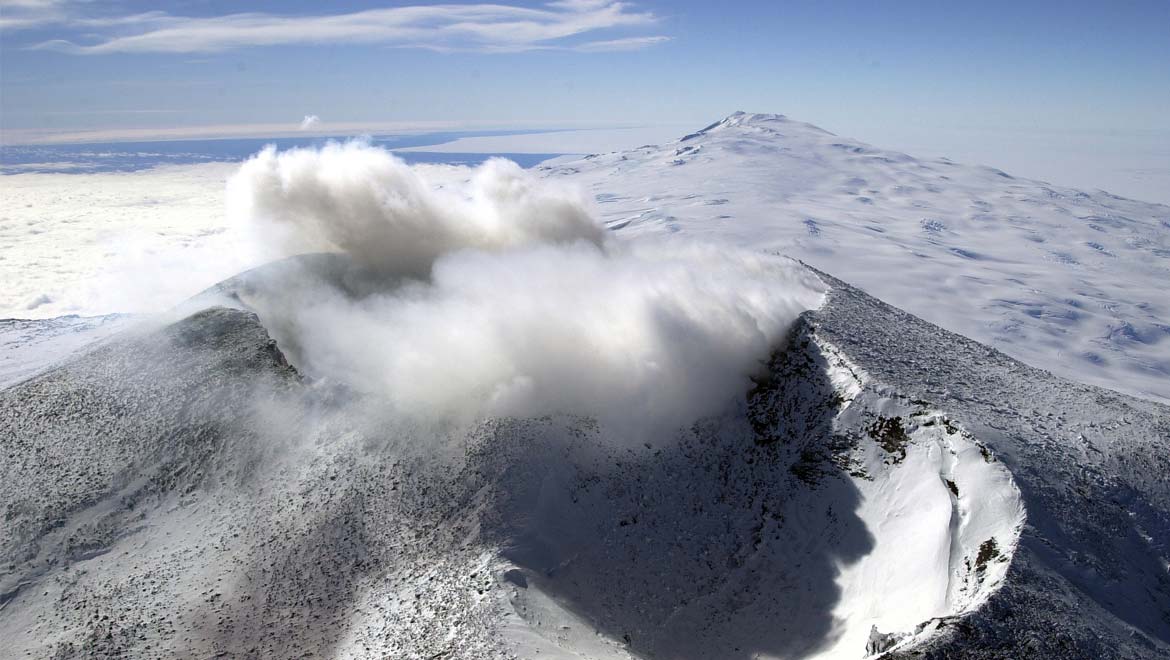 Antarctica could well be on course to lay claim to a new title – the region of the world with the densest concentration of volcanoes. It might seem unlikely, but in addition to the volcanoes already discovered on the continent, a new survey has identified nearly 100 more volcanoes hidden under the immense ice sheets covering the majority of this icy land.

The study was suggested by Max van Wyk de Vries, a student at the University of Edinburgh. He told The Independent:

"Antarctica remains among the least studied areas of the globe, and as a young scientist I was excited to learn about something new and not well understood. After examining existing data on West Antarctica, I began discovering traces of volcanism. Naturally I looked into it further, which led to this discovery of almost 100 volcanoes under the ice sheet."

Looking at data with new eyes

In order to complete his goal, Van Wyk de Vries enlisted the help of glacier expert Robert Bingham, also based at the University of Edinburgh. Their study involved analysing the results of previous surveys, including radar measurements, satellite and database records. The team were looking for volcanic peaks hidden within the ice sheet, similar to the 47 volcanic peaks which have already been discovered. They found an incredible 91 additional volcanoes, ranging in size from 100m to 3,850m in an area known as the West Antarctic Rift System.

Bingham, speaking to The Guardian about the discovery said:

“We were amazed. We had not expected to find anything like that number. We have almost trebled the number of volcanoes known to exist in west Antarctica. We also suspect there are even more on the bed of the sea that lies under the Ross ice shelf, so that I think it is very likely this region will turn out to be the densest region of volcanoes in the world, greater even than east Africa, where mounts Nyiragongo, Kilimanjaro, Longonot and all the other active volcanoes are concentrated.”

The challenge now that the volcanoes have been identified, is to discover whether or not they are still active. This is a very important point to establish because their activity could have huge implications for the ice sheets which cover the region, which has already been affected by global warming. 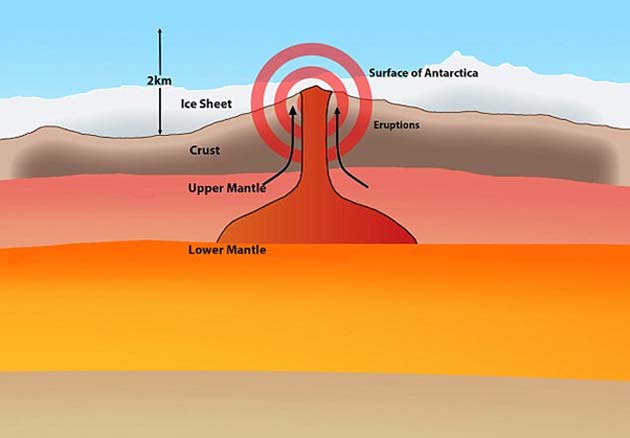 Bingham suggested that “The most volcanism that is going in the world at present is in regions that have only recently lost their glacier covering – after the end of the last ice age. These places include Iceland and Alaska. Theory suggests that this is occurring because, without ice sheets on top of them, there is a release of pressure on the regions’ volcanoes and they become more active.”

There is a possibility that a significant reduction in the ice sheets, far more than has occurred to date, could reduce the pressure on the volcanoes below, and lead to an increase in any eruptions. Bingham added: “If one of these volcanoes were to erupt it could further destabilise west Antarctica’s ice sheets. The big question is: how active are these volcanoes? That is something we need to determine as quickly as possible.”