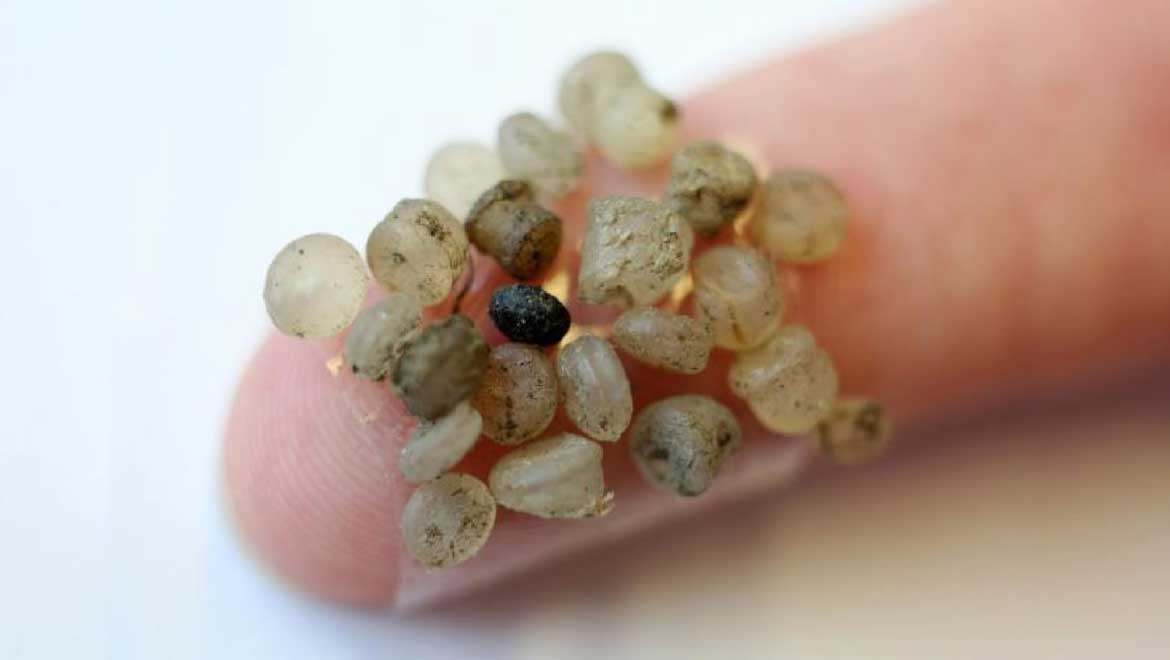 Evidence Of Microplastics In Samples Of Human Stool: An Alarming Situation

Microplastics have already been found in birds, fish, and whales, so it should come as no surprise that they have now been discovered in humans! Scientists have found small particles, better known as microplastics, everywhere from the oceans, the air, bottled water, beer, to even table salt.

A new pilot study, detailed at the United European Gastroenterology meeting, recently added to the list, a surprising hiding place for the microplastics -- human stool.

In this study, a small sample size was considered. Researchers looked for microplastics in stool samples of eight people from Finland, Italy, Japan, Netherlands, Poland, Russia, the United Kingdom, and Austria. To their surprise, every single sample tested positive for the presence of a variety of microplastics.

Philipp Schwabl, a gastroenterologist at the Medical University of Vienna and the lead author of the study, said, "This is the first study of its kind, so we did a pilot trial to see if there are any microplastics detectable at all. The results were astonishing."

The use of plastics is so pervasive in our lives that removing it entirely from the food chain would be extremely difficult. A million plastic bottles are bought around the world every minute, and the number is expected to jump to another 20% by 2021.

A World of Microplastics

Though it will take more than 1,000 years for most plastic items to degrade, many of them break apart into tiny shards known as microplastics, trillions of which have been showing up in the oceans and the food we eat.

Microplastics are defined as pieces less than 0.2 inches long, roughly the size of a grain of rice. They have become a major concern for environmental researchers over the past decade. Several studies have found high levels of microplastics in marine life, and last year, these plastic particles were detected in 83 percent of tap water samples around the world (the highest contamination rate belonged to the United States, where 94 percent of samples were contaminated). 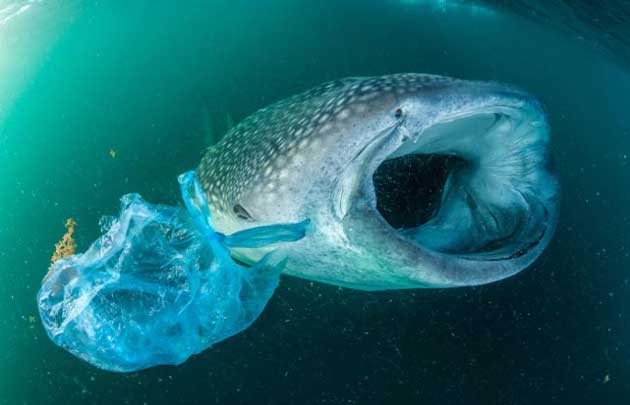 A whale shark swims beside a plastic bag in the Gulf of Aden near Yemen. (Source: National Geographic)

Shocking Facts from the Research

Up to nine different plastics were found out of the ten varieties tested for, in particles of sizes ranging from 50 to 500 micrometers. Polypropylene and polyethylene terephthalate was the plastics most commonly found.

On average, 20 particles of microplastic were found in each 10g of excreta. Based on this study, the authors estimated that “more than 50% of the world's population might have microplastics in their stools”, though they stressed the need for larger-scale studies to confirm this.

The Environment Agency Austria conducted tests using a new procedure that the researchers said shed fresh light on the extent of microplastics in the food chain. Samples from eight subjects were sent to a laboratory in Vienna, where they were analyzed using a Fourier-transform infrared micro-spectrometer.

Philipp Schwabl said, “This is the first study of its kind and confirms what we have long suspected, that plastics ultimately reach the human gut. Of particular concern is what this means to us, and especially patients with gastrointestinal diseases.” He added, “The smallest micro plastic particles are capable of entering the bloodstream, the lymphatic system, and may even reach the liver. Now that we have the first evidence for microplastics inside humans, we need further research to understand what this means for human health.”

The scientists of the research have also indicated that plastic particles in the gut could affect the digestive system’s immune response or could aid in the transmission of toxic chemicals and pathogens.

Peter Jenkinson, managing director of the environmental consulting firm, CEHTRA, mentioned that microplastics were endemic in the environment including in the different species of animals that are consumed, so the discovery of microplastics in human stools was not really a shocking revelation.

"There isn't evidence of microplastics in the body, but that they have been in the body and travelled through, and as such this does not show any evidence of accumulation," said Stephanie Wright, a research fellow at the King's College in London.

Dr. Thompson, a marine scientist at the University of Plymouth in the U.K, believes that the PET could be coming from plastic bottles and food packaging, but it is also possible that it could be coming from carpets, curtains or clothing, and in some cases, just falling onto the plate.

“If we can understand what the pathway is, it helps understand a little bit about the solution.” But even knowing the pathway, Thompson added, “That doesn’t tell me anything about harm.” Schwabl cautioned against drawing too many conclusions from an eight-person sample. “We didn’t study harm,” he said. “We showed there are microplastics in human stool. Up to now, people believed it, but now we know it. That’s important.”