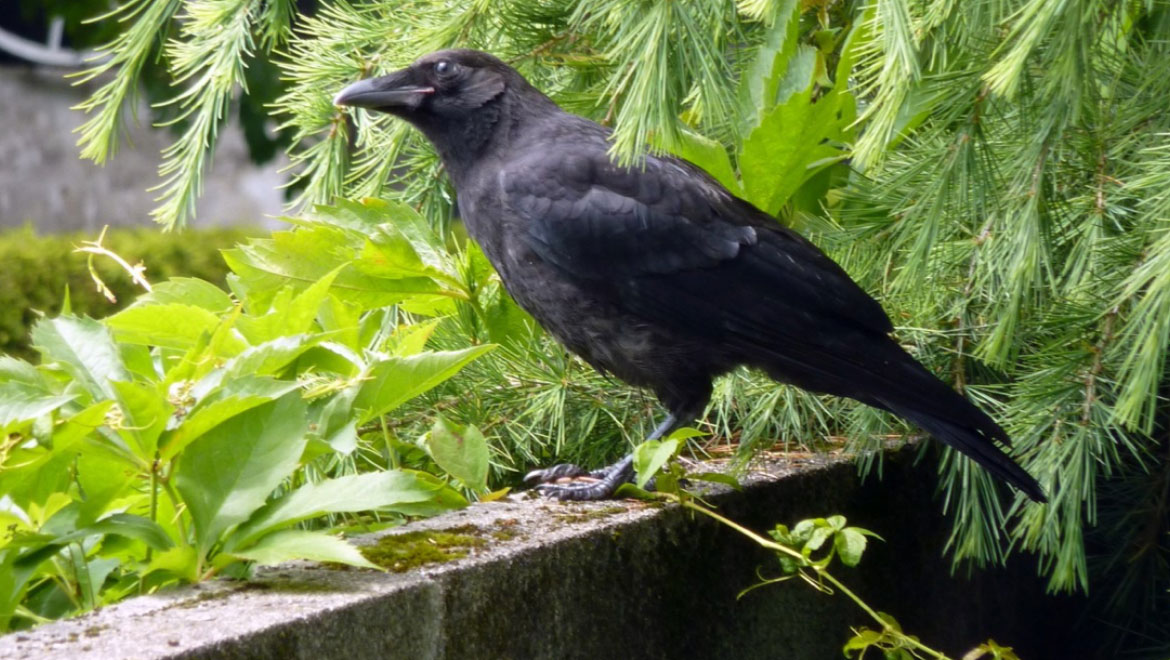 However, it now seems that humans may have to share their compound-tool crown with an additional species. The New Caledonian crow has also been shown to use tools that they build themselves out of component parts.

Even though this phenomenon was observed as part of a controlled experiment in an avian lab, it still has exciting implications for the neurological processes that enabled the birds to make these extensive tools successfully.

One of them, a female named Betty, had been the subject of a David Attenborough documentary. The bird was filmed selecting a slim stick of wood, which she then wielded with her beak in order to probe knots and holes in trees. This was done to extract insect grub that had been present, but out-of-reach of the predators. Betty evaluated and picked up this stick spontaneously, as she saw that it could be a simple tool for the job. Judging by the tone of the program, it was not unusual for her species of crow to employ this kind of behavior in order to get food.

Reports like this are particularly astounding as tool-use in humans is thought to be the result of complex and extensive cognitive development in the course of evolution. This theory may be backed up by the fact that children typically do not exhibit compound, novel tool-building skills until the age of five, at the earliest.

Less advanced primates, chimpanzees included, also use tools. They may arrange or engineer them in an optimal way. For example, some of these animals have been observed to select large, flat rocks, then gather others that can be used with it, in roles such as wedges, to stabilize a nut with a tough shell and hammers with which to break it open.

On a superficial level (i.e., that of comparing the brain volumes of primates and birds), it is hard to say how remotely similar behavior evolved in crows. In retrospect, higher primates have been observed to learn the use of relatively sophisticated tools from their elders, by observing them as they assemble the tools, and then gain food as a reward for doing so.

It is not clear if crows learn their own tool-use in the same way. It has been observed, however, that the birds are somehow capable of seeing the connection between thin, potential tools of a certain length and the need to reach insect grub in tree-knots, and of acting on this apparent insight. This is known as executive function, and it is regarded as an important component of tool-use as a result of cognition.

Can Higher Primates Use Complex Tools Too?

It is important to note that the nut-anvil of the higher primate is technically not considered compound tool-use, but it is very close to it.

Then again, there is, at least, one chimpanzee on record that has been associated with the achievement of complex tool-use. For example, an individual, a male called Sultan by the researcher, Wolfgang Koehler, was reported as capable of combining two separate pieces of bamboo into a compound pole in order to snare food placed beyond his enclosure. This study, documented in the 1925 publication, The Mentality of Apes, is hailed as a seminal study on executive function in non-human apes.

Sultan, the chimp, displaying “cognition” via his skilled use of tools in order to reach food. (Source: Russ Dewey/Psych Web/Originally taken from Memoir Wolfgang Koehler)

Some other researchers assert that the results of this study are flawed, as Sultan was coached in the ability to build the pole prior to using it to gain a reward. Then again, Koehler also wrote that the chimp was able to build the pole spontaneously after a short break from examining its components. This in itself was regarded as important evidence of cognitive insight in these animals.

A team of researchers collaborating across ornithology, veterinary medical research, cognitive studies and biology in the UK, Germany, France, and Austria set out to see if they could find other 'Sultans' among the New Caledonian crows.

They had access to a small population of these birds, who had been captured in the wild and had lived in the Avian Cognition Research Station at the University of Oxford since 2010. These birds were 8 (equal number of males and females) in total and lived in an aviary environment with free access to food and water. The birds were exposed to an initial trial in which they were faced with a food reward inside an enclosure. This reward, placed in a small plastic container, could only be moved along a central track towards the box’s only exit. The birds were also supplied with slim wooden dowels.

Without coaching or encouragement, the birds used these simple tools to free the food container and gain the reward. The researchers then replaced the dowels with ones too short to reach the container but also provided syringe tubes into which the dowels could be inserted to make a second tool of the correct length.

50% of the birds (called Jungle, Mango, Tabou, and Tumulte) succeeded in spontaneously building this tool. The birds also completed this task within 4 to 6 minutes of examining the components and with minimal unsuccessful attempts at freeing the food (10 at the most).

This experiment could suggest that their tool-building activity was not particularly driven by learning- or reward-based reinforcement.

Summary of performance in construction test 1 (‘syringe’) and the 2 transfer tests (‘straw’ and ‘ground’) for the 4 subjects that made and used compound tools. Interaction time: total interaction time with the tool elements before success. /: tool-building success at first attempt (without prior failures). *: trial failure due to unstable compound tool. The interaction time until first success was regarded as statistically significant (Pearson’s correlation coefficient: r = 0.993, p < 0.001). (Source: A. M. P. v. Bayern et al, 2018)

The researchers then varied the conditions by changing the lengths, composition (e.g., swapping wooden dowels for straw or pipe-cleaners) and the position (e.g., on the floor of the aviary rather than mounted in holes or poles on a vertical board) of the components, which gave the birds access.

Again, the birds succeeded in building tools, making ones of 3 components or more in some cases.

On the other hand, one of the birds was regarded as a ‘DNF’ in one of these trials, as its tool failed to hold together. However, when the birds were presented with two boxes, one holding a reward that could be accessed with a simple tool and one requiring a compound tool, they exhibited a significant level of preference for the ‘simple tool’ task.

This study may indicate that crows can build compound tools, without prior coaching from humans, in response to the need to gain a reward.

On the other hand, this small-scale trial cannot tell us much about the underlying factors (e.g., executive function) that influenced the ability and motivation to build the tools.

In addition, we cannot say for sure that the birds would do this in the wild.

But, overall, this study is valuable evidence that non-human organisms are capable of much greater manipulation of their environment than we ever would have thought.