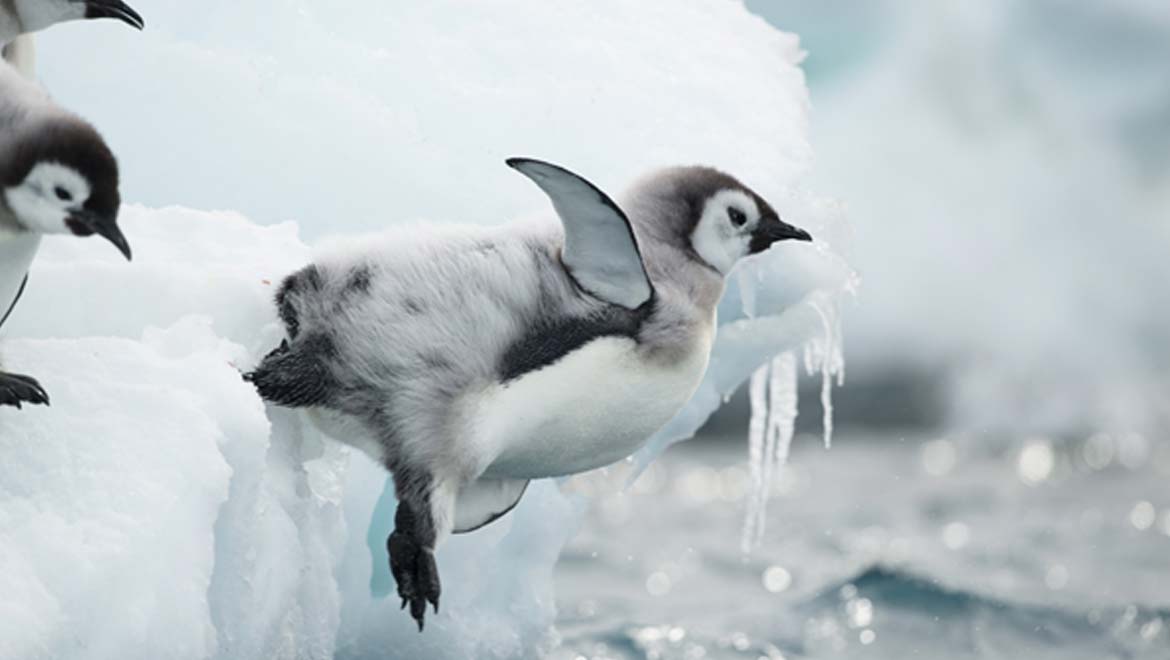 Emperor penguins are the largest species of penguin. They are native to the Antarctic region and are seen as particularly vulnerable to climate change and habitat loss. Emperors are also possibly the best-known and most popular species of this bird type. They are the subject of numerous documentaries and wildlife films, which often focus on their struggle to keep generations of chicks alive in the harsh winters, to which they are often subject.

As a result of these films, we know a lot about the lengths that the male and female emperors go to keep their broods (which typically consist of one chick each) alive, while heavy blizzards and freezing seas rage around them. The infant birds, as many of us know well by now, are fragile little creatures possessed of thick, grey down, unlike their sleeker parents with their black-and-white feathers with orange accents.

Emperors of the Screen: How These Penguins Care for their Chicks

We are well-acquainted with what happens to them before and immediately after they hatch, some of which is rather harrowing to watch. Some of us may also be aware that not all chicks survive this phase of their lives, which is often closely linked to adversities and obstacles faced by their parents. For example, their mothers, who typically leave to gather food for her chick after it hatches, may never make it back to the main colony, in which the father penguin huddles with the other adult males in order to keep the little one from freezing to death.

However, much less is known about what happens to the appealing little birds after this stage of their lives. Should they survive, it has never been completely clear how they make the transition from older chickhood to adulthood.

A new study was conducted at the Woods Hole Oceanographic Institution (WHOI) to fill in this gap in our understanding of emperor penguin life.

Growing Up Near the South Pole

The project involved the evaluation of an emperor colony on Terre Adélie from 2013 to 2014. It resulted in the selection of 15 seemingly robust chicks by a group of researchers from the WHOI and the Centre d'Etudes Biologiques de Chizé in France, led by Dr. Sara Labrousse (WHOI).

The team attached tracking tags to 15 chicks in a post-winter month and released them to behave and move as they would under normal circumstances. The team also observed their new subjects from a distance, documenting their lives with video and still photography, whenever possible and appropriate. 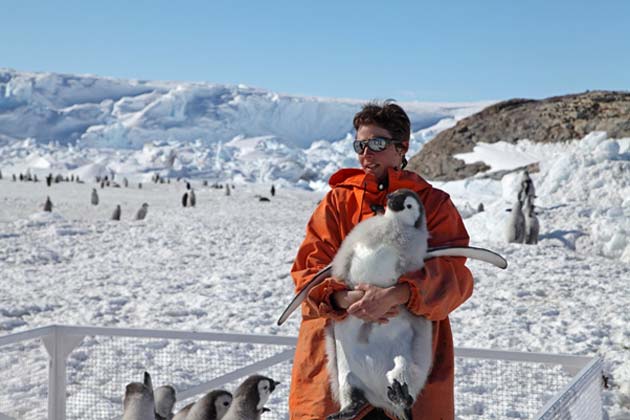 The primary, and possibly the most surprising, aspect of this ‘juvenile’ phase of the chicks’ lives was that their parents left them to their own devices at this stage. Therefore, the young penguins, in fact, learned how to swim by themselves. They did so by gravitating towards warmer waters north of Terre Adélie. Here, the researchers reported that they were "not the fast and graceful swimmers their parents are […] when the chicks first go in the water.” “They are very awkward and unsure of themselves," as Dr. Labrousse noted.

Eventually, however, the juvenile emperors became more confident and proficient in this essential activity. They also gradually figured out how to feed themselves. This, as the researchers found, was done by locating and swimming along the thermocline, a certain band of water under the Antarctic waves at which warmer and colder waters met. This area is apparently a hot-spot for emperor penguin prey. As it turned out, it was fortuitous that the young penguins improved in terms of swimming, and at diving to increasing depths, as the thermocline was observed to drop in terms of sea level as the year went on. 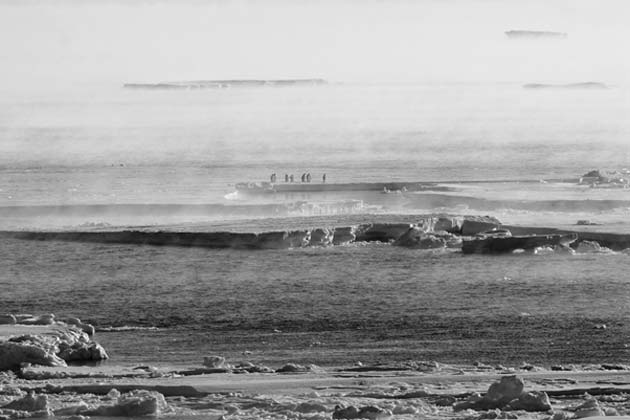 The juvenile emperors take more risks (such as swimming under the sea-ice they are standing on in this image) as they grow into more confident divers. (Source: Sara Labrousse/Woods Hole Oceanographic Institution)

The growing penguins had to become competent deep-sea divers in a relatively short space of time so as to continually access prey and survive. As they did so, they were observed to start moving back further south, and hone their new skills by making deeper and longer dives under sea-ice. The juvenile emperors were found to be capable of dives of up to 264 meters in depth at this stage.

In all, this new insight into emperor penguin life was derived from the data from approximately 62,000 dives completed by the juveniles. On the other hand, the team also reported that, of the 15 original penguin tags, 3 stopped functioning before the end of the study. The remaining 12 tags yielded data representing 86 to 344 days of juvenile penguin swimming/hunting expeditions each.

Due to the level of technology found in the tags, the team could not say for sure that the three failures occurred as a result of something happening to the young birds in question. The tags may also simply have run out of battery or malfunctioned in some other way.

However, Dr. Labrousse also maintained that improved tagging solutions, able to tell if the animal in question had died, could inform further work on this subject in the future.

The present study has been published in the January 17, 2019 issue of the journal, Marine Ecology Progress Series.

Teenage Penguin Tracking: The Next Step in the Study of Emperors

It may now be interesting to fill in the remaining blanks between what happens between this stage and full adulthood for the penguins in this study. So far, we know that growing emperors take 5 to 6 years before returning to colonies in order to mate. Therefore, there may still be a lot of data on this period for marine biologists to gather. Furthermore, we may also need to study emperor penguin maturation in the context of climate and environmental changes.

Finally, our documentary filmmakers may have new content revolving around our favorite penguins to produce in the future.

Top Image: The juvenile penguins are “unsure of themselves” while trying to dive for the first time. (Source: Vincent Munier)