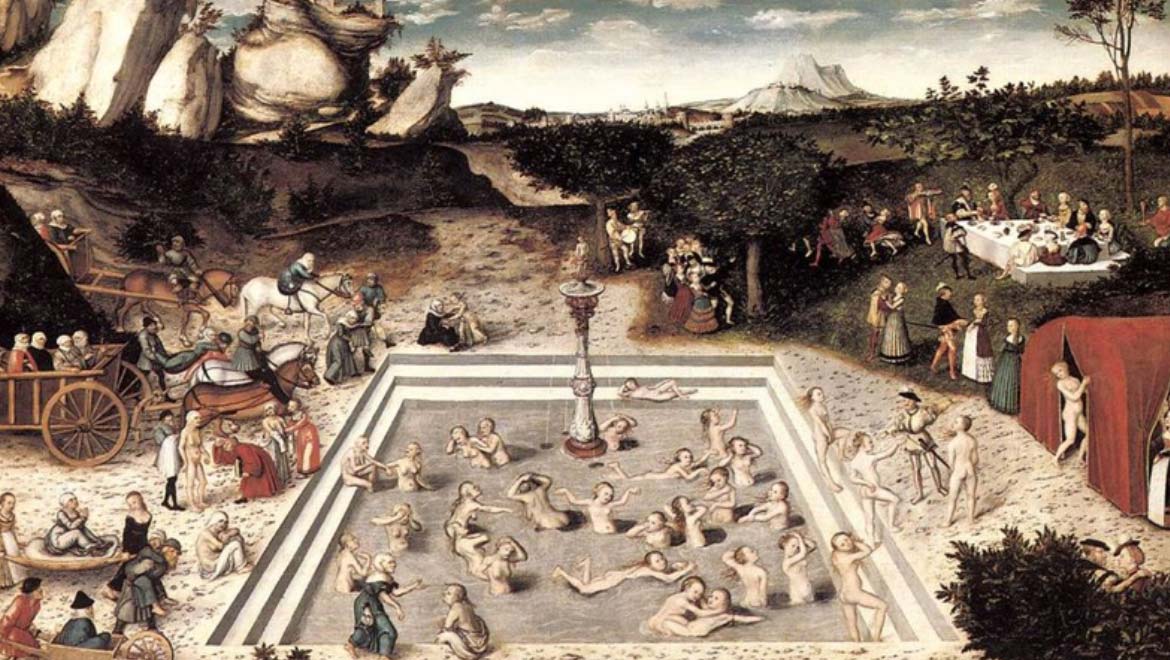 Some researchers have recently claimed that certain cells ‘age’ before others, and that these, in turn, can bring down others. This activity may have a negative impact on health and wellbeing and may also drive an overall older appearance.

Now, the same scientists have also come up with a cocktail of two known therapeutic agents that may stop this process in its tracks. The resulting solution, which somewhat resembles the treatment for cancer, has been reported as effective, in animal studies. The newest original article along these lines may also build its case for preliminary testing in humans.

The research was conducted at the Mayo Clinic’s Robert and Arlene Kogod Center on Aging, in addition to other institutions across the US and the UK. The work builds on previous studies conducted by the team leader, Dr. James Kirkland of the Kogod Center.

This particular study validated the presence of senescent cells in mice. These cells are basically many adipose progenitor cells, which are a form of stem cells and known to be associated with aging. The team also confirmed that a combination of two known substances was capable of selectively targeting these cells and killing them. This was done by inducing apoptosis (or programmed cell death), as with some forms of chemotherapy.

One of the drugs used was dasatinib, a drug commonly used in cancer treatments for this general purpose. The other was quercetin, an antioxidant found in some fruits and vegetables, and also possibly associated with positive effects on cellular health. When administered as a cocktail to the senescent cells in culture, the combination resulted in increased mortality rates compared to other comparable, non-senescent cells under the same conditions.

The Kirkland team observed that this effect appeared to be associated with specific, “pro-survival” signaling pathways. They involved molecules such as ephrins (EFNB1 or EFNB 3), the kinase PI3K[delta], plasminogen-activated inhibitor-2, and the apoptosis-related proteins, p21 and BCL-xL. 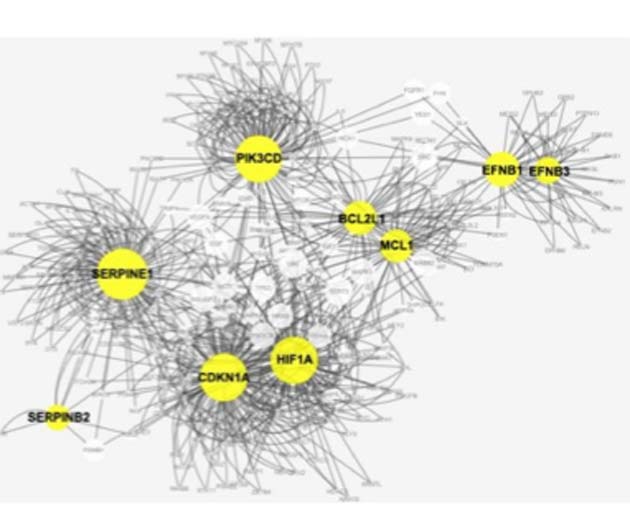 An analysis of the interactions between some different proteins in the pro-survival pathways, observed in senescent cells. (Source: Y. Zhu, et al, 2015)

Beating the Signs of (Cellular) Aging

Dr. Kirkland and his colleagues also reported that the drugs, to which they had appended the title 'senolytics,' also elicited selective cell death in cultured human cells that were also senescent: epithelial cells and adipose progenitor cells.

The most recent iteration of this stage was a trial in which young and aging mice were implanted with senescent cells. The team reported that transplanting even small populations of these cells into younger mice was enough to cause the animals to display the signs of physical dysfunction. This was measured through the monitoring of food intake, daily physical activity, and body weight in these mice, over time. 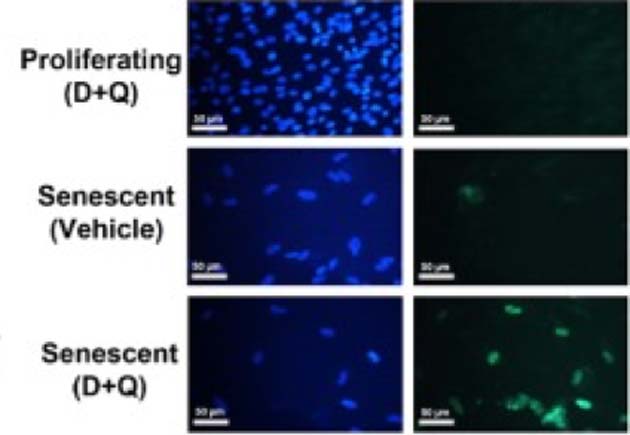 The group measured the performance of the mice using the rotarod (a test of maximal walking speed and coordination), treadmill (maximal stamina), grip strength, (muscle strength) and hanging endurance. The researchers reported that the transplantation procedure also resulted in the “spread” of cellular senescence to other tissues. In older mice, transplantation resulted in similar effects on physical functions, and also on their survival rates (measured in deaths per study day).

It was also observed that treatment with senolytics reduced the senescent cell counts in those mice, in addition to the concentrations of “senescence-related” cytokines released by these cells. The drugs, which can be administered orally, were reported to improve overall survival by 36% and reduce a metric of mortality risk by 65%.

The scientists published these results in the journal, Nature Medicine, with the researcher, Dr. Ming Xu of the Kogod Center as the lead author. The article presented the study as a proof of concept for the senolytic (or “D&Q”) therapy.

Is This Pro-Youth Therapy?

This study appears to be a unique and promising piece of evidence for an authentic and workable senolytic therapy. On the other hand, Dr. Xu and colleagues concede that the presence and actions of senescent cells are not yet conclusively associated with aging.

Furthermore, the senescent cells used in this study were the mesenchymal adipose stem cells which, while previously associated with senescence, were experimentally processed to exhibit this phenotype. Therefore, they may only model corresponding cells “in the wild” so well.

In addition, this study should be followed up with more extensive, controlled trials in order to get the best picture of D&Q’s effects on physical function and mortality over time.

Some people may be, at least, somewhat excited over the prospect of senolytics and their apparent promise to stop aging in its tracks. On the other hand, these scientists are working on aging in its purely physiological context and have not yet addressed any links between their experimental senolytics and visible characteristics, for instance.

In any case, their work is a number of steps away from treatment for humans in the future, never mind one that can be routinely taken to stay looking young.

Top Image: ‘The Fountain of Youth’ is a popular object of mythology (and wishful thinking). (Source: Public Domain)

previous article
Underneath an icon cracks the literal criterion
next article
The Rise of the Bio-Inks: 3D Skin Printing May Solve Problems for Patients with Chronic Wounds