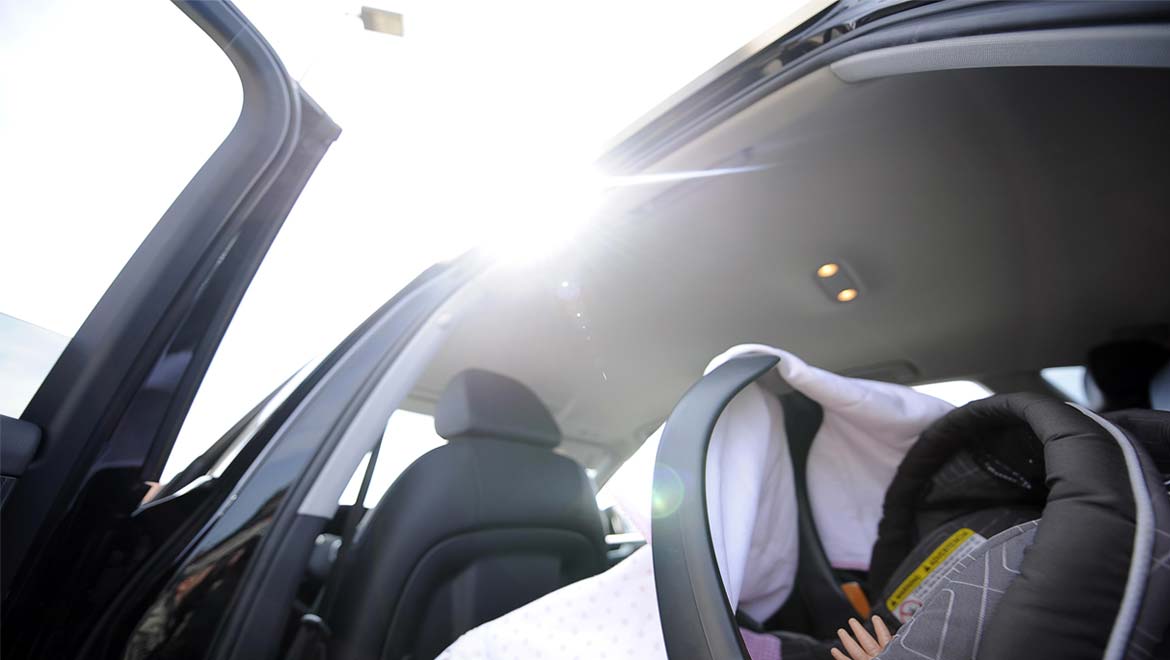 In the US, from 1998 to present, 705 children have died from heatstroke as a result of being left in a car. In 2016 alone, 39 children died and unfortunately, it looks as though the numbers in 2017 will be just as shocking. At the time of writing, there has already been five deaths of children who were left in a car and subsequently overheated.

Why do people leave their children in hot cars?

By far the most common reason for these deaths was that the child was ‘forgotten’ by their parent or guardian. Most of these children were less than one year old. Whilst it might, on the face of it, seem completely unbelievable that you could forget your child, it does happen and is often the result of confusion between ‘habit memory’ and ‘prospective memory’. Habit memory is responsible for repetitive daily tasks which we tend to perform automatically. How many times have you forgotten some or all of your daily drive to work, or whether you’ve locked your car? When we go back and check, of course we find that we did lock the car after all, but because this action was controlled by our habit memory, we don’t necessarily remember completing it. Prospective memory, on the other hand, is responsible for the planning and completion of a future task, such as dropping your baby to daycare or taking a different route to a new job.

Sometimes, habit memory simply overrides or suppresses prospective memory and we find ourselves forgetting to stop at the store on our drive home from work. Tragically, in the case of some parents, they find themselves sitting at their work desks having left their child in the car, as opposed to dropping them off at daycare like they were supposed to.

The body temperatures of babies and children change at a rate three to five times faster than that of an adult. This is because their thermoregulatory systems are not as developed as an adults which mean that they cannot control their own body temperature as well as we can.

If you’ve ever opened the windows of your car on a hot day and felt the rush of hot air escape, you’ll know just how stifling conditions in an enclosed car on a hot day can be. It doesn’t take long for the internal temperature of the car to increase and within a short space of time young passengers can be dangerously close to hyperthermia.

A potential solution from an unlikely source

The death of any young child is tragic, but when these deaths are preventable the situation is even worse. It’s a scenario that tugged the heartstrings of Bishop Curry, a ten-year-old from McKinney in Texas. Bishop is something of an entrepreneur and has come up with many other ideas, but when a six-month old baby is his neighborhood died after being left alone in a hot car, he decided to set his mind to finding a potential solution to this problem.

Luckily, Curry’s parents actively encourage and foster his talents. So much so that they filed for a patent and launched a GoFundMe page to help Curry raise the necessary funds to continue developing his invention.

What Curry has invented is a device called Oasis, which connects to a car seat. The idea is that the device senses if a child has been left in a car and will start to blow cool air over the seat until the child is rescued. He has also started work on the possibility of linking the car seat with the air conditioning system of a car, so that this could be turned on automatically. Curry also hopes to link the device to a network in order to send the parents a text message if the child is left behind as well as alerting the police.

This young man’s entrepreneurial spirit has also been recognized by Toyota, who asked Curry to come and attend the Advances in Child Injury Prevention conference as well as giving him a tour of their Collaborative Safety Research Center in Michigan.

Whilst many initiatives have been launched in order to try and avoid these tragic accidents, it does seem as though that by inventing a device to alert parents, guardians and the authorities to these kind of conditions, young Curry might really be onto something truly lifesaving.