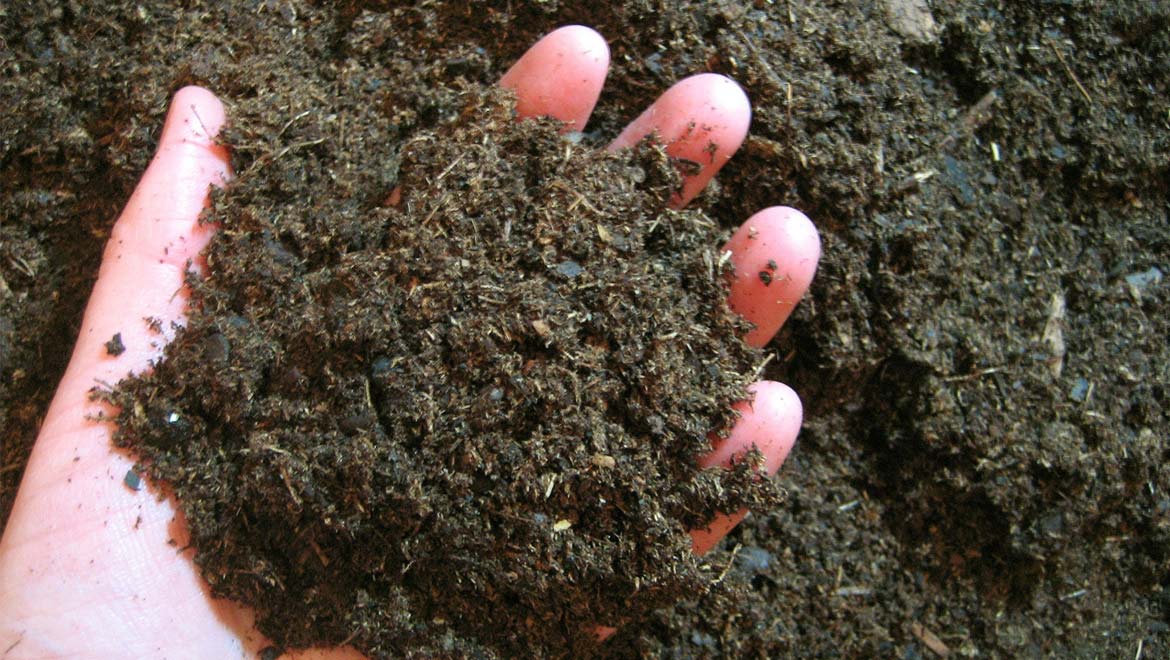 If someone were to ask you where the hope for the future of antibiotic drugs was going to come from, your answer probably would be anything besides ‘soil’.

On the other hand, you may also have known that some extremely dangerous bacteria (such as those associated with the disease tetanus) are also found in this substance; therefore, it may be reasonable to assume that some soil-living micro-organisms may have evolved chemical defences against others.

These defences (and their synthetic derivatives) are often exploited for use as antibiotics. However, the majority of all antibiotics developed by humans have encountered the problem of resistance, in the bacteria they are intended to eradicate. Therefore, a completely new class of antibiotics with a new chemical structure may be extremely beneficial.

Antibiotics Grown in the Earth

A team of researchers from the Rockefeller University and Rutgers University have secured a publication in Nature Microbiology, which describes the discovery of a new antibiotic class.

They occur naturally in bacteria that make up the microbiome (or all the micro-organisms who co-exist to support such an environment) of soil samples. These new isolates are cyclic peptides that are acylated at their N-terminals and dependent on calcium for their activity – or Ca-dependent antibiotics (CDAs) for short. They share a common motif, Asp-X-Asp-Gly, which is thought to bind calcium so that they can become antibacterial.

The authors of this latest paper on the subject reported the discovery of a previously unknown subclass of proteins bearing this motif, which they have termed malacidins (as they are metagenomic acidic lipopeptide antibiotic cidins). 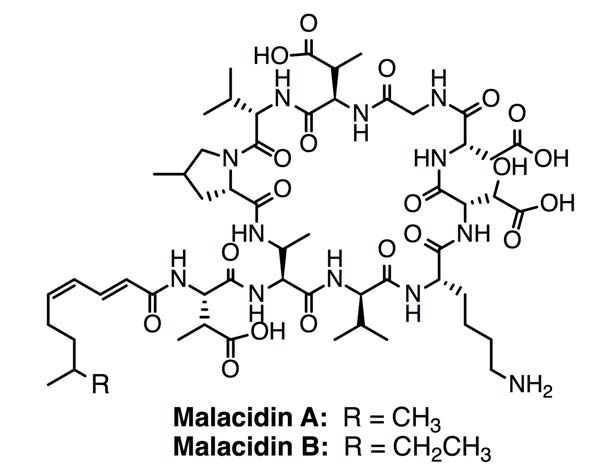 Some CDAs have been characterised previously, and are synthesised using certain enzymes called NRPS in vivo. This new class is interesting because they have two known anti-bacterial mechanisms to their names: cell membrane destruction or the inhibition of cell wall synthesis. An example of the new class is daptomycin, which has demonstrated promising efficacy as a clinical agent. However, the Rockefeller- and Rutgers-based team maintain that, as the number of unique microbial species in one gram of soil can be conservatively put at a thousand, there are many more of these natural antibiotics to find.

The researchers searched for malacidins by isolating the specific groups of genes (known as bio-synthetic gene clusters, or BGCs) likely to be associated with calcium-dependent antibiotics. They were converted into amplicons using a form of PCR for comparison with a database of known BCGS. This was done using the environmental Surveyor of Natural Product Diversity (eSNaPD) analysis platform for microbial products. The team sought their novel BGC in their collection of soils, which had approximately 2,000 different samples from around the world, through a domain with which NRPS interacted.

75% of them were found to have previously-discovered calcium-dependent antibiotics. However, there was also enough evidence to indicate that there were still novel products with the desired domains in the sample. Therefore, the researchers developed a phylogenetic tree based on the calcium-dependent domain. This gave a number of results not associated with the previously-characterised BCGs, thus indicating that novel antibiotics had been found. The ‘new’ BCGs were found in 19% of the soil metagenomes, indicating that the group of products to which they belonged – the malacidins – were likely to have a large number of members.

The researchers then characterised one malacidin BCG for use in expression studies by creating a DNA library for it. This resulted in two full proteins (malacidins A and B) expressed and synthesised in E. coli cultures. Therefore, the team were able to analyse the malacidin structure. They found that, although they may be synthesised by NPRS and were (like many calcium-dependent antibiotics) lipopeptides with amino-acid rings, malacidins also had some crucial variations from the rest of the group. Firstly, they were smaller, having only 10 rings where others of the class had 11 to 13. Secondly, the malacidins lacked the Asp-X-Asp-Gly motif, indicating that they either bound calcium in another locus in the peptide, or were not dependent on calcium at all.

However, when their activity was tested against cultures of bacteria such as MRSA, it was observed that the malacidins did in fact rely on calcium for any efficacy in this stage of the study. In the presence of this element, malacidin A was able to significantly reduce the MRSA burden in experimentally-induced wounds in a rat model of skin infection. Both malacidins were also reported as active against a wide spectrum of Gram-positive bacteria, including those that act as drug-resistant pathogens.

The two examples of the new antibiotic sub-class also exhibited a lack of toxicity to blood or tissues in an animal study. Staphylococcus aureus cultures were also unable to evince any malacidin resistance after 20 days’ worth of exposure to malacidin A. In addition, this antibiotic demonstrated the ability to kill Staphylococcus pneumoniae without the magnification of its dose necessary in the case of daptomycin (as this antibiotic cannot compensate for the presence of protective surfactants S. pneumoniae produces at normal concentrations).

A New Direction for Antibiotics

The research team’s report may represent a new direction for antibiotic development. They have documented the characterisation of two (of possibly many) new potential candidate drugs: malacidins A and B.

They may be most useful in eventualities such as the use of other calcium-dependent antibiotics becoming widespread enough to incite resistance, as they have a somewhat different structure and mechanism of action to others of their class.

Malacidins may also prove an alternative to vancomycin, an older antibiotic with known resistant targets. The discovery of these new natural antibacterial products, found in something as apparently mundane as soil, suggests that antibiotic treatments have not run their course just yet.

previous article
Underneath an icon cracks the literal criterion
next article
Tuning Out Tinnitus: New Study Indicates Possible New Therapy for This Condition