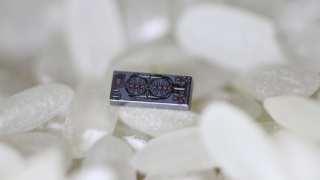 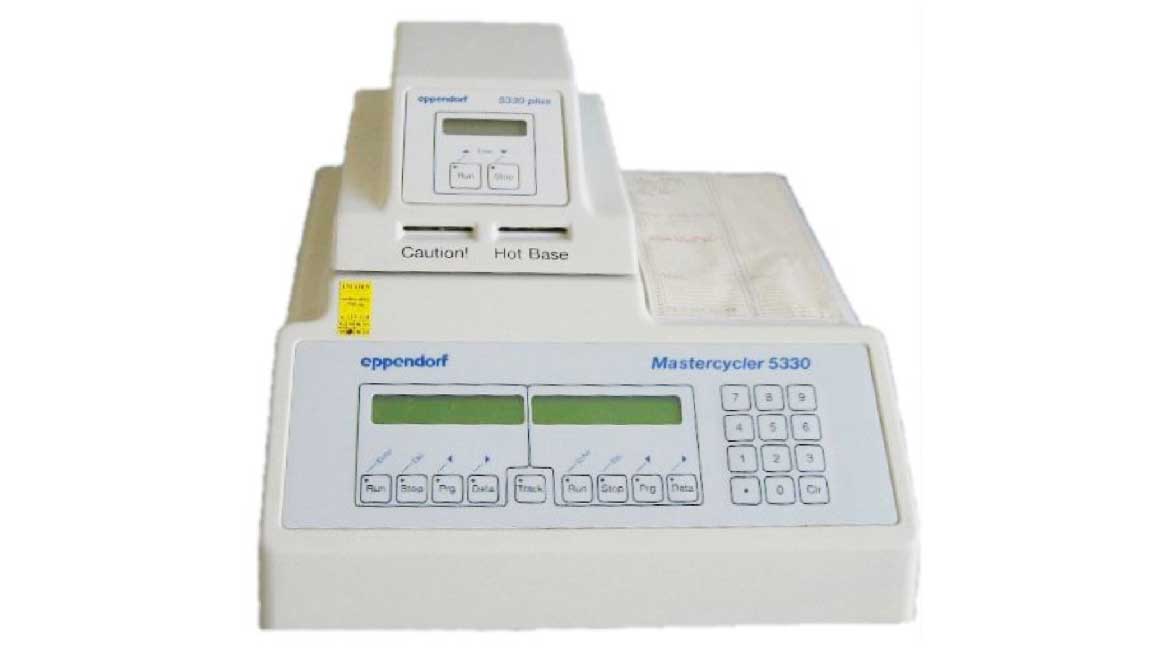 Winter is a particularly pressing time for hospitals. Not only are people possibly more likely to slip, fall or injure themselves due to the worsening conditions, but they also may be hospitalized with severe conditions of the respiratory tract as the temperatures fall.

Some doctors and medical researchers estimate that this situation will be a bane to the aging population. Furthermore, some respiratory conditions are viral illnesses that could spread from bed to bed. This could increase hospital stays and put even more strain on healthcare resources over time.

Transmissible conditions make themselves even more of a challenge by encouraging the unnecessary prescription of antibiotics. These drugs only work on bacterial infections. Therefore, if they are recommended for a misdiagnosed viral condition, the patient’s health will keep deteriorating.

The West Hertfordshire NHS Trust (a subdivision of the UK’s public health service) funded research to help tackle these problems. The solution developed as a result circumvents the necessity of keeping a patient in a hospital bed while their samples are sent to the facility’s microbiology lab to diagnose their condition. 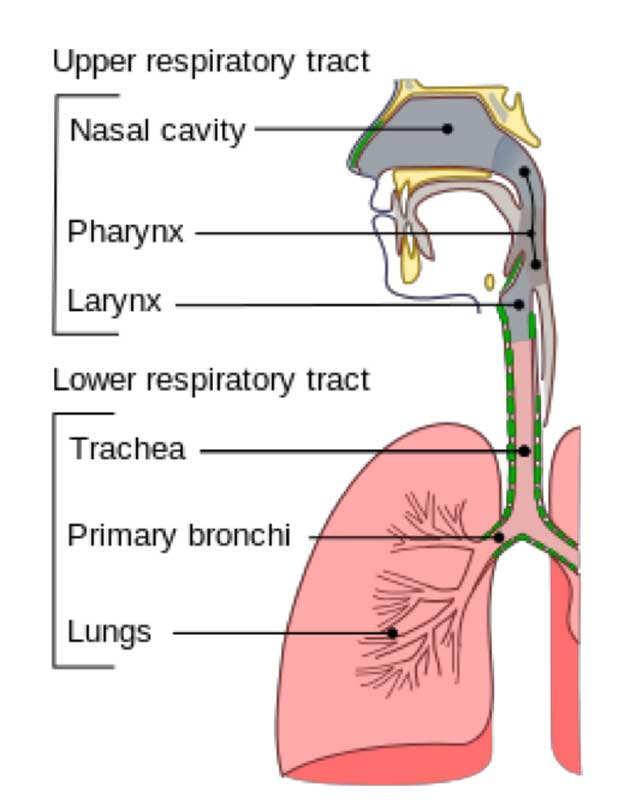 Infections can affect nearly every part of the respiratory tract. (Source: Public Domain)

Instead, this new approach – instituted by Dr. Kay Roy at the Trust’s Watford Hospital – is based on new-generation testing equipment that only takes about 50 minutes to complete diagnosis compared to the long time it takes labs to generate these results. This method can also be deployed at the point of care, which may be a bed in an emergency, the acute treatment department or elsewhere in a hospital. Dr. Roy asserts that this process could save about $2900 per patient. These cost savings are made up of sparing hospital stays and their concomitant resources, and from sparing the labs and their staff in a similar way.

The new testing method involves the insertion of a swab into the nasal cavity, preparing samples from the resulting contents and analyzing them using a compact FilmArray® microbiological assessment machine.

Dr. Roy conducted a pilot study of this new approach to respiratory condition management at the hospital that recruited a group of 1075 patients over nearly four months (from January to May 2018). This trial resulted in the positive identification of 121 patients who had viral infections and moderate signs of respiratory infections. As a result, there were more resources to go around for the remainder of the group. These patients were found to have bacterial infections and were eligible for antibiotic therapy, had more severe signs of respiratory illness in need of a hospital stay, or both.

30% of the group of 121 participants were deemed suitable for discharge, whereas 50% were diagnosed as in no need of antibiotics. Those patients who were sent home were found not to have developed any clinical adverse events in follow-up. 61% of the total cohort was found to have viral infections, 56% of which were those that cause influenza. The rest were affected by other common respiratory viruses such as rhinovirus or metapneumovirus. In these cases, the patients were also assessed for other important clinical concerns. These included the presence of co-morbid conditions such as chronic obstructive pulmonary disorder (COPD). 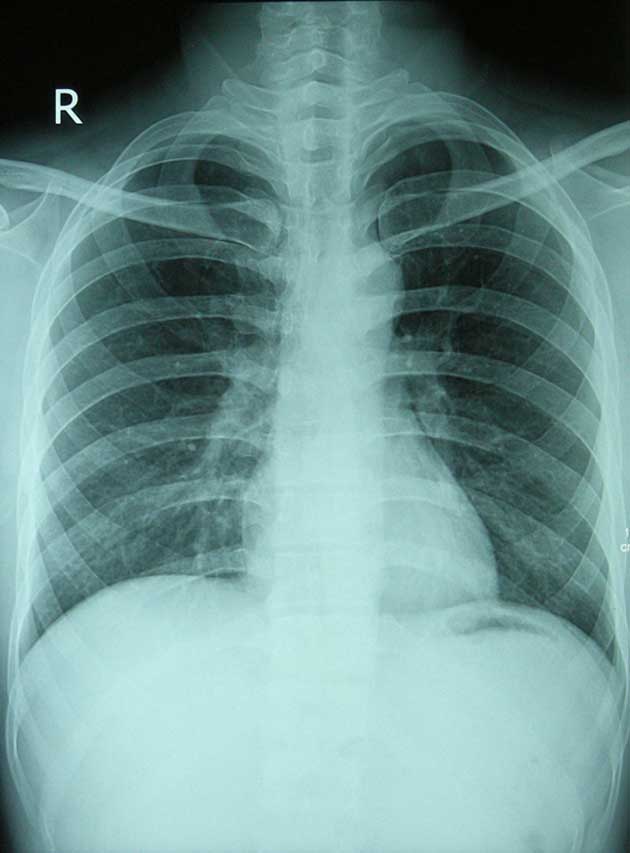 Some of the patients in the pilot study were also assessed with additional procedures such as chest X-rays, as deemed appropriate. (Source: Wikimedia Commons)

Future & Applications of the Study

The results of this study are important as they show the potential of an up-to-date point of care technology in healthcare assessment, and in avoiding unnecessary or excessive treatment.

In addition, the relatively rapid generation of results may benefit patients as they can avail of all their appropriate medical choices in a much shorter, more efficient timeframe.

Dr. Roy also reported that the trial resulted in fewer beds being closed due to the need to disinfect them thoroughly due to their contamination with a dangerous virus. In addition, she reported that bed turnover was also improved during the study.

With this, the doctor may have more rounds of the respiratory point of care study at the Watford. She is also currently working on a second trial in which patients in the relevant area will be sent to a dedicated facility for this testing rather than the hospital’s emergency department. This approach may result in an even more streamlined protocol for respiratory illness treatment and more healthcare cost savings. Should the results of these studies be promising enough, they could also be rolled out on a wider national basis, or even internationally.

Dr. Roy has presented the results of the pilot study at the recent European Respiratory Society (ERS) International Congress, where it was received with interest. The President-Elect of the ERS, Professor Tobias Welte (Hannover University), described it as “innovative” and as research that could have a significant impact on patient care and life quality.

On the other hand, the new protocol to control respiratory infections in hospitals may also have to be modified in order to fit in with clinical practice guidelines, particularly if it is introduced to locations beside the West Hertfordshire trust. Presuming it can do so, this new method could open avenues for point of care technology in the healthcare centers of the future.

Top Image: Diagnostic machines such as these are moving out of the lab and into point of care testing. (Source: Public Domain)

previous article
Underneath an icon cracks the literal criterion
next article
In Focus: Hubble Confirms Presence Of First-Ever Exomoon