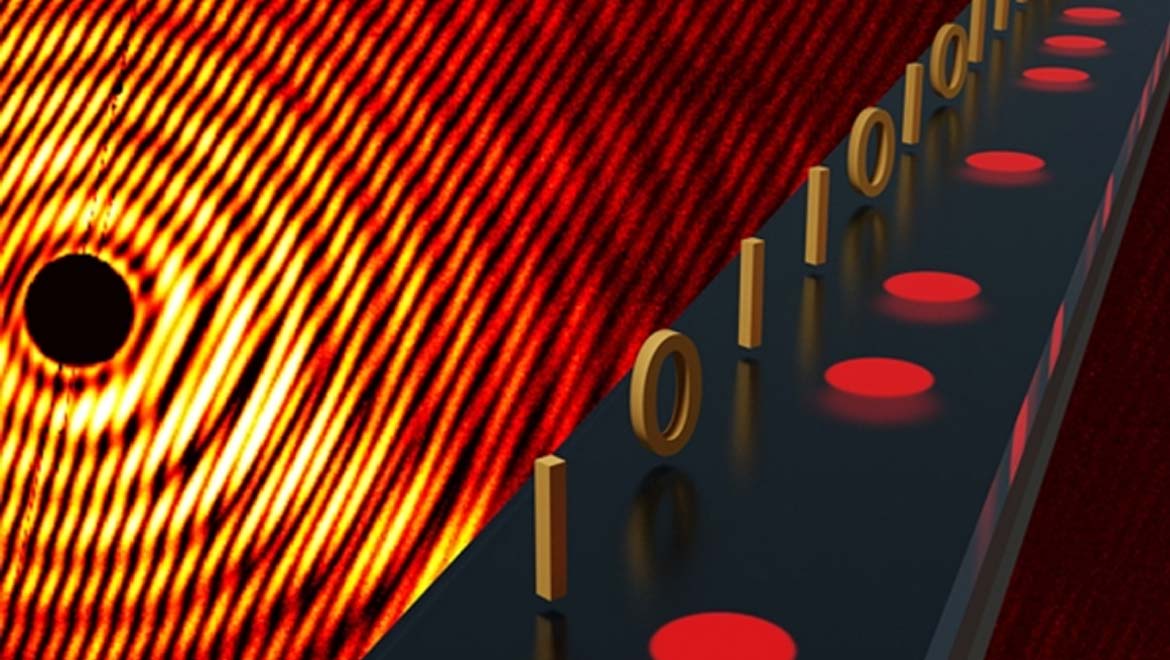 Today, data is stored by changing the orientation of magnetized particles on a surface. This determines read and write speeds and, thus, how fast hard drives can work which in turn affects the performance of a computer. Research has shown that a different property of magnetisation can also be used to store data. It is an attractive proposition, particularly as it may be able to store data in the long term with no further need for energy use, but yet be controlled using electric fields when the data needs to be written to or read. This property is known as the skyrmion, and has been the subject of interest for many researchers. It could also have formed the basis of data storage for a while, were it not for the inability to create skyrmions at will. However, a recent publication in Nature Nanotechonology has now documented a process that produces these virtual particles. This team, which collaborates across U.S. and German research institutions, has members that has studied skyrmions and their behaviour for years, and has now found a way to harness them as never before. This breakthrough could put these magnetic attributes in the hands of electronic engineers to create new data-storage standards that could improve on existing solid-state or spinning hard drives. 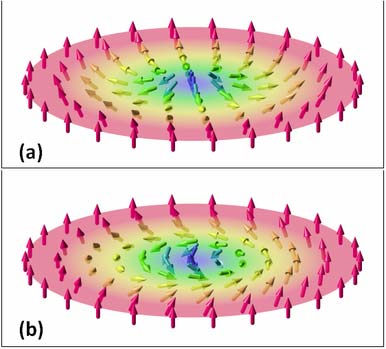 Fig. 1 The vector field of two, two-dimensional magnetic skyrmions: a) a hedgehog skyrmion and b) a spiral skyrmion. (CC BY-SA 3.0)

Skyrmions were first described by THR Skyrme as part of his 1962 paper detailing his unified meson/baryon field theory. They are not true particles, but rather variations in the orientations of magnetic particles. They are interesting because they can be used to demonstrate the control electricity can have over a magnetic field. They can also affect the spin of electron orbits, due to the presence of the Dzyaloshinskii–Moriya interaction (DMIs; which helps stabilise them under some conditions). Skyrme used the virtual particle as a way to explain why protons and neutrons exist in the context of pions. Since then, other researchers such as Geoffrey Beach (who is currently an associate professor of materials science and engineering at MIT) and Slobodan Žumer (from the University of Ljubljana) have studied them in terms of how they act in stable states, how this stability is superior compared to that of the entire magnetic poles found in conventional data-storage materials, and how this can be exploited to give rise to new storage standards.

Initially, it was thought that skyrmions might not have chirality, which could have limited their practical applications. However, research has contributed to efforts that show that they can exist as homochiral virtual particles, and may thus have sizeable DMIs. Their motion (from the centre of a given vector field towards its boundary at the angle π) is deterministic, which, as Beach concludes, enhances their applications. Skyrmions occur spontaneously in magnetic materials, and can be experimentally observed in thin layers of ferromagnetic material in close conjunction with a similar layer of a different, non-magnetic metal, as Beach and his team found in the course of a prior research project. A number of stacked layers could conceivably result in tuneable DMIs of appreciable magnitudes. However, it is still difficult to make them arise in a desired location at will. This is what makes Beach’s latest findings so interesting.

Beach’s latest project, which also included researchers from the German synchrotron research authority (DESY); the Max Born Institute and the Institute of Optics and Atomic Physics in Berlin and the Institute for Laser Technologies in Medicine and Metrology at the University of Ulm, found that skyrmions could be produced at certain defects in the ferromagnetic layers used to study them. These defects create pulses of spin–orbit torque, in response to which homochiral skyrmions are created. Therefore, the researchers were able to ‘place’ skyrmions on a pre-determined position on a magnetic ‘race-track’ by introducing a defect such as a constriction in the track. 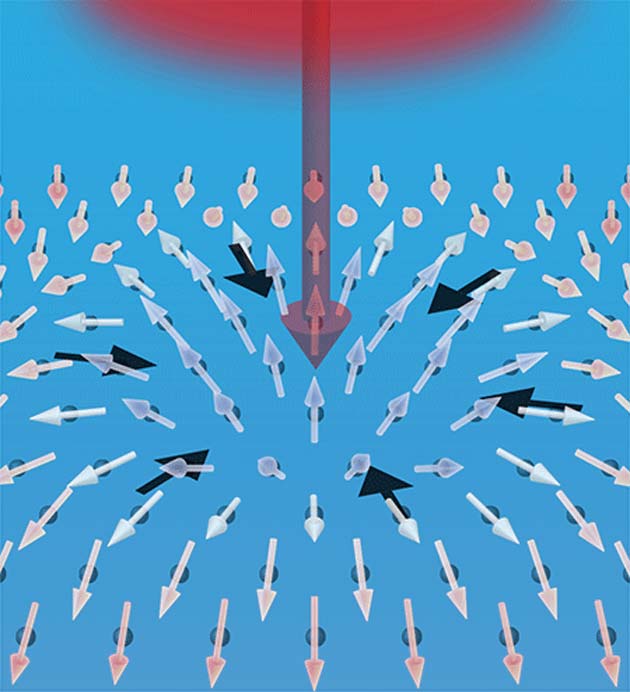 A skyrmion is a point-like region of reversed magnetization in a uniform magnet. Image source: Alan Stonebraker/physics.aps.org

The ability to ‘create’ individual skyrmions – or rather, the defects that give rise to their creation – could form the basis for a new type of data-writing surface. Beach and his team also suggest that the data be ‘read’ through an additional layer placed on top of the ‘skyrmion-written’ system, which could be scanned for written-to virtual particles through changes in electrical resistance. Skyrmions may be preferable to full-sized magnetic particles as data-storing units, not just because of their stability but because of the comparatively reduced amount of space they take up. This could lead to considerable increases in the concentration of data written to skyrmion-imprinted surfaces. These surfaces could also store data at extremely fast speeds, making them suitable not only for physical storage disks but also for RAM architectures. As conventional hard-drives are approaching the upper limit of speed and efficiency, as dictated by the physical limits of the materials used, skyrmion-enhanced surfaces could pick up where they leave off.

Assistant Professor Beach and his multi-institute team have applied years of work to finally elucidating the process by which engineers can generate and control skyrmions. The superior attributes of these virtual particles could give rise to a virtual storage platform offering faster, denser forms of memory than conventional magnetised drives can deliver. This project, which was co-funded by the German Science Foundation and the U.S. Department of Energy, could go down as the foundation of next-generation data storage and RAM solutions.

Top image: “One of the biggest missing pieces” needed to make skyrmions a practical data-storage medium, Geoffrey Beach says, was a reliable way to create them when and where they were needed. “So this is a significant breakthrough.” Illustration by Moritz Eisebitt (Source: MIT)