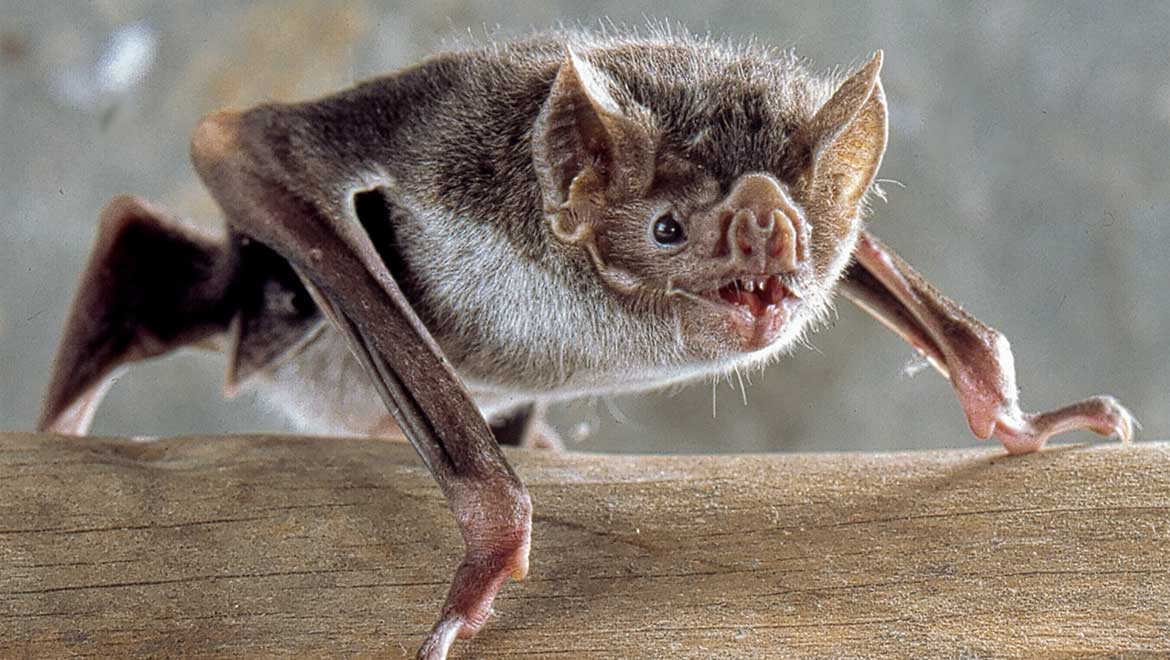 This could sound like something from a horror-fantasy movie script - Viral, bacterial and mammalian genes have combined to create an animal that needs to feed on blood!

However, seen from another perspective, this is the fascinating tale of how evolution has acted on a species of the bat so that it can exploit one of the most niche food sources ever.

Now, a new research paper assesses the genome of the vampire bat, as a whole. The authors of this article have also uncovered valuable insights on how the bats' gut microbiome protects the animals from the (significant) downside of their diet.

Sanguinovores are rare bat species that are now so well-adapted to drinking blood that it is all they eat. These creatures hail from the Desmodontinae subfamily in the mammalian order of Chiroptera.

The three Desmodontinae species of the bat share highly specialized traits such as the ability to detect potential 'donors' under various conditions. These mammals can even pinpoint bare skin so they can identify where to bite.

A whole-genome study of one of the vampire bat species, Desmodus rotundus, suggests that the contents of their guts have, over time, become highly adapted to their unusual diet. This adaptation is as much to confer protection on the bats from their diet as to help them digest it.

The Downsides of Vampirism

Dependency on a blood-rich diet could also have its downsides.

Blood is surprisingly low in many vitamins, fats, and carbohydrates, at least, from the bat's perspective. In addition, the blood of many animals is likely to contain potential pathogenic viruses or bacteria.

The vampire bats may cope with this by cultivating a gut microbiome or a community of 'friendly' bacteria. It appears that this microbiome found in Desmodus rotundus is also present to address vitamin deficiencies and compensate for the negligible fat content in their diet. Therefore, it seems that the bats have specifically evolved to live symbiotically with their gut bacteria. 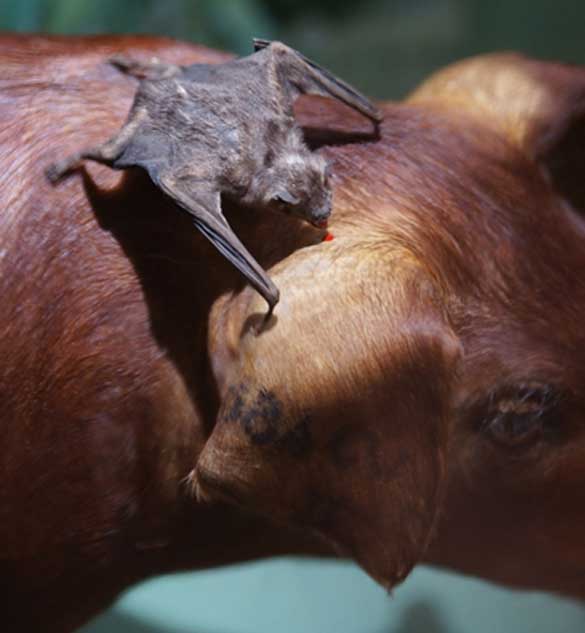 In cases such as these, the combined genomes of animal and bacterial species can be termed as hologenome. The hologenome also consists of beneficial genetic traits picked up from other species in the course of evolutionary history.

The Desmodus rotundus hologenome was assessed by sequencing and collating it, in remarkably fine detail. Researchers divided the entire sequence into fragments of 1000 kilobases or less, each. They subsequently reduced it to smaller fragments of up to 8.8 kilobases. This process was performed in order to isolate and identify individual genes or specific groups of genes.

Many of the genes corresponded to completely different species besides Desmodus rotundus. This observation was made, by experts, in the course of a comparative genomic analysis, where genes found in the sequences were matched with known genes associated with various species.

This study resulted in findings that D. rotundus had incorporated genes from other bat types in the past, which included an insectivore, Pteronotus parnellii, a fruit-eater (Pteropus vampyrus), and the greater false vampire bat, Megaderma lyra.

The analysis also found genes and genetic motifs found in plants and ruminants. On the other hand, that kind of genetic information is found in all kinds of species, including humans.

The D. rotundus genome had picked up and incorporated a number of viral genes particular to the Chiroptera order. They are known as endogenous viral elements. These elements could have been present to confer an evolutionary immunity to the stand-alone viruses in question.

The elements found in the vampire bat genome were particularly diverse compared to non-bat mammals and included those of the Parvoviridae and Bornaviridae species.

Additionally, the genes were also in line with those associated with other bats. However, bats may also incorporate retroviral elements into their DNA, but they were found to be remarkably diminished in the D. rotundus genome.

For example, 'custom' splicing of the TRPV1 gene was associated with the bat's ability to sense thermal impulses. The gene TAS2R3, involved in the perception of bitter tastes, had also been selectively emphasized during D. rotundus' evolution.

The vampire bat's gut metagenome, which represented the microbiome, equated to nearly 90 gigabases of genetic data. This may have corresponded to just over 30 individual bacteria types, some of which were shared by the metagenomes of carnivorous or insectivorous bats. However, other parts of the metagenome were found to be unique to D. rotundus.

The vampire bat is called so because it survives by drinking the blood of other animals living in its native environment, Latin America. The name, in fact, refers to three separate bat species. One of them, D. rotundus, has been the subject of a 'holistic' genetic analysis.

This study has underpinned the importance of the bat's gut microbiome to its ability to derive benefits from its evolutionary niche. It now appears that D. rotundus also requires a unique profile of gut bacteria to do so.

In addition, the bat's genome has undergone extensive variations to sense its prey and drink blood.

The paper was recently published in the journal, Nature Ecology & Evolution, and represents the importance of the association between genes and biological traits.

previous article
Underneath an icon cracks the literal criterion
next article
Inactivity Or Hypoxia: Which Is Worse For Astronaut Muscle?