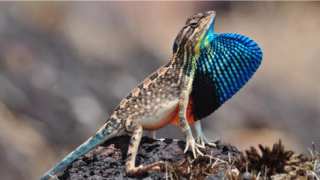 Electric cars may seem like an attractive departure from concerns about traditional fossil fuels and the environmental impact their use can impart, not to mention the costs that are involved. Currently, it seems that cars that use batteries rather than fuel tanks will be the ones driving the revolution that leaves energy sources such as petrol behind.

However, there is one major drawback associated with this technology, and, unfortunately, it is the ‘battery’ part. These components need to be charged regularly, and possibly more than once a day. Therefore, people may have to get used to the idea of their cars being tethered to cables for about 45 minutes at a time.

These days, charging an electric car may involve leaving it connected to a station like this for some time. (Source: Diema @ pixabay.com)

Now, a team of researchers from the University of Glasgow asserts that there may be an alternative to this impending situation.

Their work has resulted in the development of a new type of ion that can bind, then release electrons and hydrogen ions in a continuous cycle. In other words, it can drive a charge in order to provide energy as a conventional solid battery would.

Furthermore, this anion, which is also a metal oxide, can act as a battery when placed into a liquid such as water. Therefore, the Glasgow team (Jia-Jia Chen, Mark Symes and Professor Leroy Cronin of the WestCHEM core at the university’s School of Chemistry) now envisage a future in which their new liquid battery is dispensed from fuel pumps in place of petroleum derivatives.

Reducing Batteries to their Simplest States

The WestCHEM’s team’s new ion is a negatively-charged alloy of tungsten that also contains phosphorus and oxygen. Therefore, it is known as a polyoxoanion, with the chemical formula [P2W18O62]6−. The molecules of this new anion can be bound by electrons, then hydrogen ions, in a continual cycle when placed in solution. These chemical reactions (which may be termed ultra-reduction) can generate electricity, or, alternatively, be used as a hydrogen donor. The team claims that their polyoxoanion could be associated with an energy density of 225 watt-hours per liter of the solution when used as a stand-alone (or redox-flow) electrolyte.

Therefore, the team sees no reason why their new liquid-energy solution cannot be used to power cars in place of batteries. Furthermore, they suggest that it could also be used for energy solutions for the home, and maybe even more.

The team claim that the technique for [P2W18O62]6− production is relatively straightforward.

On the other hand, they believe that the scaling up this process will be the next sizeable challenge for their new technology. Currently, the team is working on a small-scale concern in order to get an idea of the actual obstacles they will face in this respect. 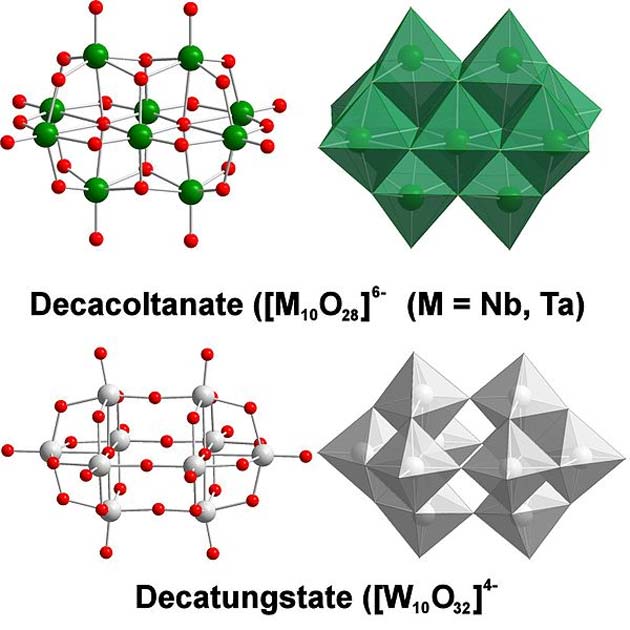 The new polyoxoanion is also a polyoxometalate, which exhibit metal atoms bound to disproportional numbers of oxygen units as in the examples above. (Source: Public Domain)

Liquid Electric Fuel for the Masses?

Should these kinks in the manufacture of the liquid battery be worked out, the world may have access to yet another revolution in addressing its energy needs; or would this concept really come to fruition?

There are numerous potential issues with this new putative system for a car, and maybe even house, charging:

For example, the process may involve variations on the typical fueling ritual we all know so well. The metallic anion compound could eventually run out of the capacity to exchange electrons for protons (as described in the team’s paper on the subject and published in the journal, Nature Chemistry). Therefore, these anions must be removed from any system they may be used to charge and replaced with new, energy-rich fluids so that the system can keep running. The ‘old’ anions, and possibly the fluid in which they would be found, would require extraction (possibly using a separate set of ports and equipment) prior to ‘filling up’ with fresh ones.

Therefore, a fueling ecosystem using this new type of liquid battery may not be as relatable, intuitive or as convenient as the current one. In addition, there may be an element of environmental concern in the supply of the raw materials (e.g., the tungsten) required to manufacture the potential electric fuel.

Finally, the team has not provided a lot of detail on the feasibility or cost-effectiveness involved in realizing their new energy-generating idea.

On the other hand, this new research is an encouraging indicator of the level of innovation that abounds in disciplines involved in the development of the quintessential energy solution of the future. It will be exciting to see if this particular example catches on in the future.

Top Image: A team of Glaswegian researchers envisage a future in which the traditional filling station is drastically repurposed. (Source: Public Domain)