The condition associated with Trypanosoma brucei is known as sleeping sickness, where affected humans tend to want to sleep during the day rather than the night. Patients with this condition also exhibit altered patterns of body temperature and endocrine functions. Their activities gradually shift through the morning, which, in turn, increases the body's drive to go to sleep at the "end" of that day.

Therefore, T. brucei may directly interfere with the body's internal 'clock' that regulates the coordination of physiological processes and giving rise to our conventional day/night activity cycle. This system, also known as the circadian clock, is associated with specific regions of the brain thought to act as its main mechanism.

Up until now, scientists have not extensively studied the links between T. brucei and the circadian clock. However, the paper published in Nature Communications documents the effect of the parasite on the clock and how it works in mice. The conclusions may lead to an improved study of sleeping sickness in humans, which could lead to subsequent enhancements in its treatment, in the future.

What Happens in the Body during Sleeping Sickness?

T. brucei is a unicellular organism that is widespread in tropical regions such as sub-Saharan Africa, and it lives in the spaces around the cells of its host. When humans become infected with this parasite, it may initially just invade the bloodstream but, over time, usually proliferates into other regions of the skin, body fat and brain.

The symptoms of this infection can include headaches and lymph node damage, although the most recognisable sign is the reduced ability to stay awake during the day and insomnia at night. Therefore, the condition is popularly known as sleeping sickness, technically known as human African trypanosomiasis.

Over 60 million people are at risk of this illness, and an estimated 10,000 people contract it every year.

Sleeping sickness can cause coma and death in individuals when the parasites reach the brain. But this has not been associated with cell death in the brain's 'master circadian clock' (the suprachiasmatic nucleus or SCN) in post-mortem studies. Hence, it is thought that the parasites cause the characteristic sleep disruptions directly rather than by killing brain cells.

Now, as the sickness is also marked by body temperature and endocrine cycle disruption, it cannot be considered a circadian disorder. Research, thus far, has been unable to prove how the microorganism, T. brucei, disrupts the internal clock without damaging the SCN directly.

Model to Assess Association between Sleeping Sickness and Circadian Clock

A team of researchers working at premier medical and neuroscience institutes in Lisbon, Porto and Texas have conducted a study that may have addressed the above problem.

The team, led by Joseph Takahashi of the University of Texas' Southwestern Medical Center and Luísa Figueiredo of the University of Lisbon's Institute of Molecular Medicine, developed a mouse model to assess the effect of sleeping sickness on the neurological, biological and behavioural aspects of the animals' circadian rhythm.

This rhythm oscillates over a specific time period (known as the circadian period, which has been found to be approximately 24.6 hours in humans). The researchers measured the time that mice spent running on a wheel, which has been reliably correlated with SCN-mandated circadian rhythms in the past.

The study began by habituating both test and control mice to their experimental environment until they took up their normal circadian patterns and periods again. The researchers did this by exposing the rodents to a daily cycle of phased light and dark exposure (they would be active during the dark phases as they are nocturnal) for seven days. Then, the animals were left in 24-hour darkness for ten days.

The mice maintained their activity patterns as though the light/dark cycle was still in effect, indicating that their circadian period had been entrained. The researchers then inoculated the test mice with T. brucei to compare any differences in their behaviour cycles with the control mice.

Observations Drawn from the Study

The team found that the infected mice exhibited a four-fold decrease in activity compared to the controls. This was thought to be related to parasite-mediated anemia and inflammation.

However, it was seen that the animals ran 15% more during the light-phase of their daily cycle when compared to the control group that ran only 1% of the time. The dark-phase running time decreased steadily in the test mice for the days following inoculation, though they started this activity soon after the lights went out.

The test mice also started wheel-running 12 hours earlier than the control animals at 20 days post-inoculation. Similarly, the core body temperature patterns shifted from a high point during the light-phase rather than the dark-phase, contrary to those in the control mice.

The test animals were also seen to exhibit a shortened circadian period (23.1 hours) compared to that in the control animals (23.7 hours). However, the researchers restricted the parasites to the bloodstreams of the test mice with the anti-T. brucei drug, suramin.

Therefore, this concluded that the circadian shift was related to changes in the tissues immediately affected by parasitic infection. The alterations could occur because of the presence of 'clock' genes and their repressors (such as PER1 and PER2), which have rhythmic patterns of relative activity that is the basis for the circadian clock.

Clock genes (e.g. CLOCK and BMAL1) set the promotion of certain hormones and molecules into motion during a certain phase. But, in another phase, the same genes are prevented from being activated by repressors. The repressors' activities then slack off in a subsequent phase.

The researchers found that the cycle of PER2 expression was disrupted in some tissues (particularly adipose) of infected mice, which could explain why increasing parasite populations in vivo may be able to affect circadian functions even if they cannot reach the host brain.

It has also been reported that parasite clearance from the same tissues restored normal circadian periods. T. brucei could also shorten the same in isolated fibroblasts through a significant shortening of the PER2 expression phase. The team also demonstrated that this was not associated with inflammation, meaning the parasites were affecting the genes in some novel way of their own. 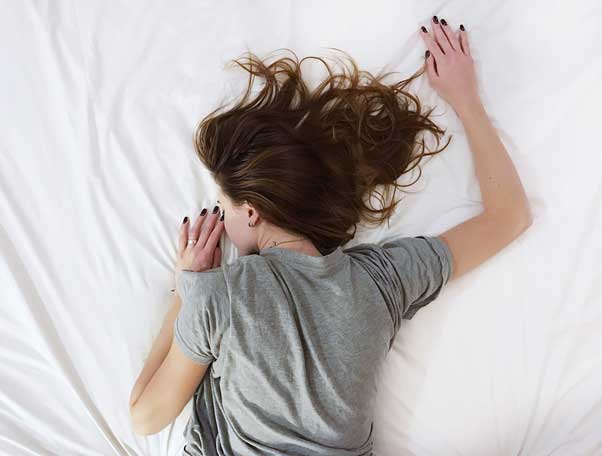 Ultimately, the researchers were not able to pinpoint a specific molecule in the parasite that could be responsible for the phenomenon.

This study suggests that T. brucei affects the gene-based circadian clock found in all animal cells, not just those found in the SCN. Therefore, these unicellular parasites increase the risk of the sleeping disorder by gradually disrupting circadian period of the cells they come into contact with. This holds true especially for cells of the adipose tissue.

This piece of evidence additionally indicates that the parasite's mechanism is via a unique agent, and not by inducing inflammatory responses as previously hypothesised.

This new mouse model explaining sleeping sickness may offer insights into how it affects human patients. In addition, the confirmation of the presence of a novel 'anti-PER2' agent in T. brucei may lead to better treatments for this condition.

previous article
Underneath an icon cracks the literal criterion
next article
Microglia, the Gardeners of the Brain: New Imaging Techniques Confirms Neurodevelopmental Theory