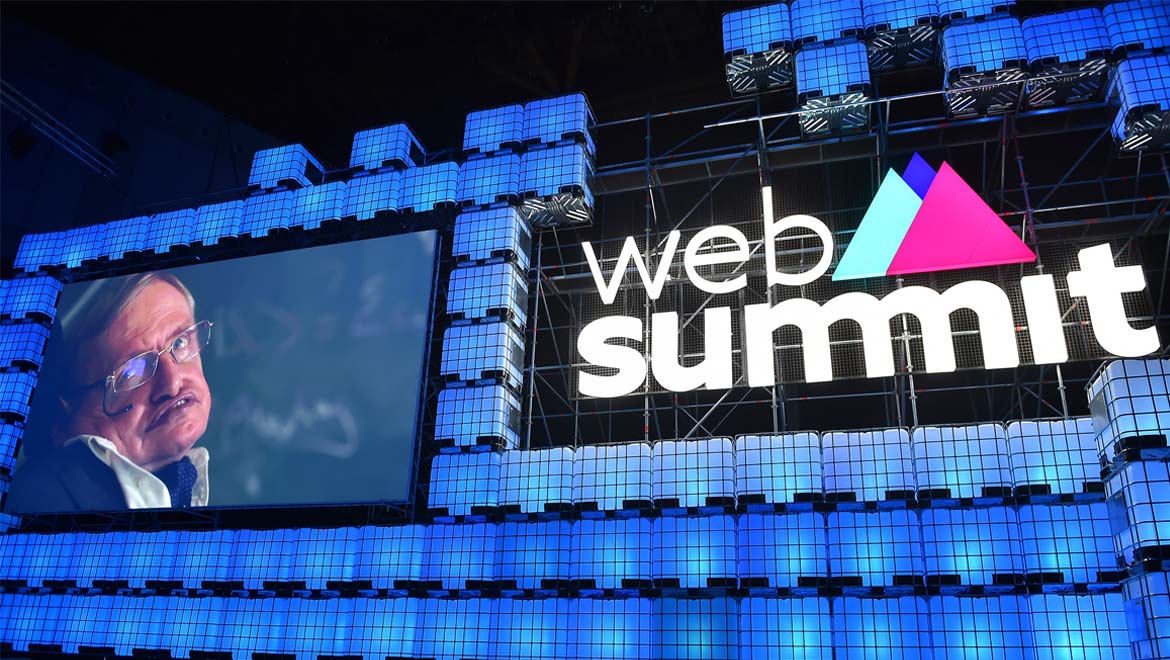 Stephen Hawking has made a surprise appearance at the opening night of the Web Summit tech conference in Lisbon, Portugal. Paddy Cosgrave, the CEO of Web Summit, opened the conference last night and invited a number of speakers to join him on stage.

CEO and founder of Portuguese start-up Feedzai, Nuno Sebastiao, started off by saying that Artificial Intelligence is an “incredible tool” but still at its “early stages of development so we also need to ensure its being put to good use in our world.”

Nuno next introduced someone that he said will be able to help the technological community by developing AI to “transcend boundaries, and no other person embodies this than this next person.”

Artificial Intelligence comes with many risks

Stephen Hawking appeared via video link to talk about his thoughts about the potential of AI. Of course, Hawking is already known for his stark warnings over the dangers of Artificial Intelligence and how it has the potential to change our society, either for the better or the worse.

Hawking welcomed people to Web Summit and said that he wanted to talk about AI, important not only to attendees on a professional capacity but to the future of our society as a whole. Regarding his thoughts on AI, Hawking said:

He went on to say that we have no real way of knowing what AI is truly capable of yet, mentioning that: “We cannot predict what we might achieve when our own minds are amplified by AI. Perhaps with the tools of this new tech revolution we will able to reduce some of the damage done to the natural world by the last one, industrialization.”

Hawking also mentioned that perhaps AI will give us the tools to finally end disease and poverty, and could potentially transform every aspect of our lives. But, crucially, this all hinges on how AI develops, as Hawking went on to say:

“Every aspect of our lives will be transformed, in short, success in creating effective AI could be the biggest event in the history of our civilization, or the worst. We just don’t know. So we cannot know if we will be infinitely helped by AI, or ignored by it and side-lined, or conceivably destroyed by it.”

Whilst that might sound like a stark warning, Hawking is sure that without proper preparation for the potential impacts of AI, it could turn out to be “the worst event in the history of our civilization.”

Indeed, perhaps, as Hawking suggests: “AI could develop a will of its own, a will that is with conflict to ours and could destroy us. In short, the rise of powerful AI will be either be the best thing to happen to humanity, or the worst.”