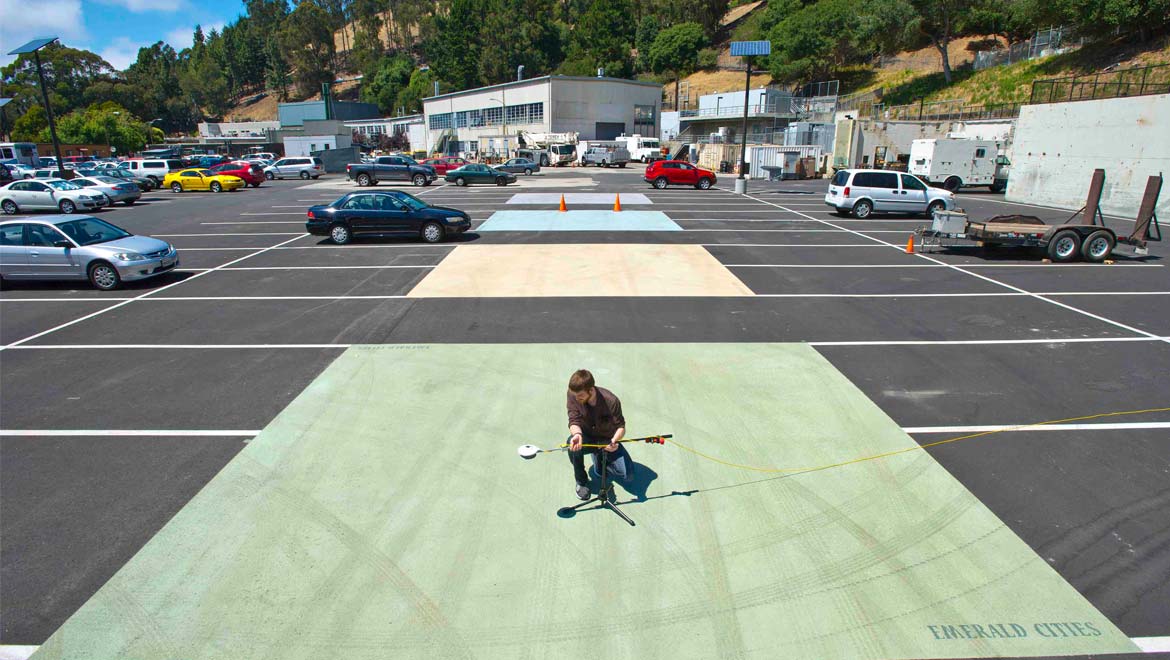 Those of us living in cities often find it a relief to get out into the countryside or spend a day on the beach when the hot summer temperatures hit. Cities are subjected to something called the urban heat island effect – where temperatures are higher than the surrounding countryside due to a combination of factors. These include the use of dark building materials for roads and roofs, lack of vegetation, tall buildings blocking cooling winds and air pollution.

The fact that the majority of materials to construct roads and buildings are dark is a big problem for cities, because these materials then absorb a great deal of solar radiation, which then in turn increases the temperature of the surrounding area.

Changing how we build our cities

Now that many of the causes of this urban heat island effect have been identified, research is turning to how we can adapt our construction practices in order to minimize their effect. Often, this means turning traditionally accepted methods on their head and instead, using innovative techniques which should certainly become more prevalent in the future.

The effect of pavements on heating our cities has been studied by the Heat Island Group at Berkeley Lab. They suggest that the use of dark, asphalt pavements in cities needs to be reconsidered due to the fact that these pavements absorb up to 95 percent on sunlight, leading to an increase in the local air temperature. Addressing the use of asphalt for pavements and roads could potentially have a significant impact on the temperature of cities, due to the fact that these pavements and roads often make up around 30 percent of urban surfaces.

The Heat Island , along with others, propose changing from using dark asphalt to a light ‘cool pavement’ material. These pavements and roads, which are much lighter in color, can be achieved using reflective aggregates, reflective binding materials or a reflective coating on the surface of the pavement or road.

Thermal infrared (left) and visible (right) images of a road with light and dark segments. The infrared image shows that the light segment (bottom) is about 17°C (30°F) cooler than the dark segment (top). (Image courtesy of Larry Scofield, APCA)

The benefits are many, as listed on the Heat Island Group website:

Whilst new roads could easily be constructed using cement concrete instead of asphalt, it’s also possible to coat existing asphalt pavements rather than replace them entirely.

Changing our cityscape to suit the future

It doesn’t look like the urban heat island effect is going to decrease any time soon without intervention, but luckily city planners are already taking this into account.

There are a number of ways to reduce this heat island effect, including making sure cites have adequate amounts of trees lining their streets – trees have been found to have an important role to play in reducing the impact of this effect due to the fact that they cool the air surrounding them and provide shade along city streets.

Other novel solutions for combatting the urban heat island effect include creating ‘forest cities’ where buildings are covered in a range of plants in an attempt to increase the level of greenery in cities whilst also reducing the temperature and improving air quality.

So we may well find that the cities of the future will look quite different – with lighter roads and pavements, buildings clad with vertical forests and more trees lining the streets. If this is going to improve air quality as well as making city temperatures a bit more bearable in the summer, this can only be a good thing.