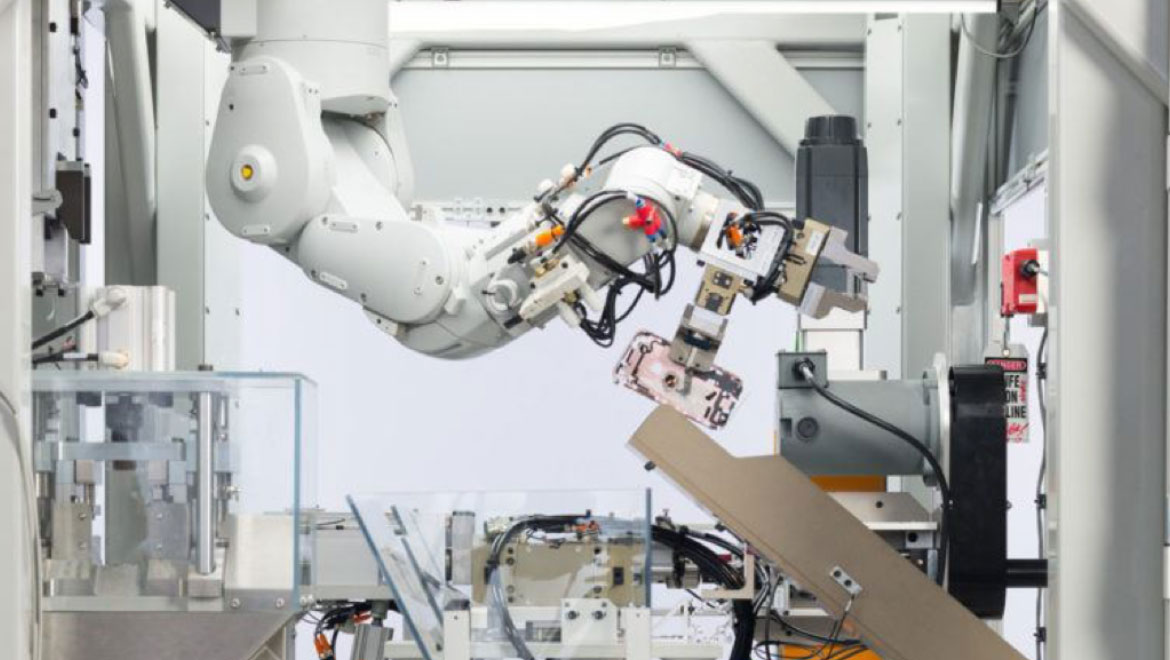 Meet Apple’s New Toy: The Robot “Daisy” That Can Disassemble 200 iPhones Per Hour

Apple has, of late, made their commitment to recycling very clear, on a public stage. The Cupertino-based electronics giant has made it evident that they want to improve their impact on the environment. Apparently, this involves making new devices out of 100% recycled, old ones in the future. Although, it is not clear when customers will be able to buy these super-sustainable products. In the meantime, Apple has been showing off the technology that may get them on their way.

The most prominent example of Apple’s renewed effort to recycle is "Daisy." This advanced robotic arm is capable of breaking iPhones down into their component parts – from screens to screws – at a rate of about 3.33 devices a minute. Daisy shares these attributes with its predecessor, Liam. Both robots were programmed to ‘strip’ iPhones in order to reclaim the materials with which they were made. However, Daisy has been designed to be more efficient than its forebear, because this bot-arm is capable of dissembling nine different types of iPhone, at a rate of 200 phones per hour.

Apple has designed Daisy (and Liam) with the goals of improved material cycling in mind. The engineers at the company are aware that all of the metals and other compounds, some of which are of the rare earth variety, that go into the average iPhone are 100% re-usable.

Despite this consciousness, myriad devices end up in landfills and e-dumps every year. Their valuable components go un-reclaimed due to failures to advance e-waste recycling technology.

Daisy, on the other hand, offers a tiny notification light at the end of this shrapnel-filled tunnel. This new robot can reclaim 4,188 pounds of aluminum, 1,698 pounds of cobalt, 1,565 pounds of copper and 24 pounds of rare earth compounds for every 10,000 devices it breaks down.

How Does an iPhone Reach Daisy?

Apple’s plans for Daisy include a program by which owners can send in their old devices to be recycled by the robot. Known as Apple GiveBack, the program enables customers to return their old phones to Apple stores, from where they will be shipped to Daisy. Alternatively, customers can do this by themselves through Apple’s official website. But it’s not so clear how devices disposed in other ways will find their way to the robot, that is, if they ever will.

However, Daisy’s capacity and output should make a dent in e-waste with the fruit-logo on them.

Apple’s ambitious attitude towards this kind of closed-loop production is still years away, as they themselves acknowledge. In the meantime, the company will remain largely dependent on the primary (i.e., freshly mined out of the ground) materials to produce new phones. However, they also claim that these materials are "responsibly sourced."

Apple vs. Other Forms of e-Conservation

It is somewhat ironic that Apple, who are clearly so fond of sustainable production, would rather a customer throw a device away rather than repair it themselves.

April 2018 saw the resurgence concerning the company’s apparent crusade against independent repair. It has been reported that Apple brought a case against a small Norwegian concern for their use of “counterfeit” screens. The company’s lawyers demanded stock manifests from the store’s owner, Henrik Huseby. They also attempted to slap the shop owner with a 27,700 krone (approximately 4,000 USD) fine for importing replacement iPhone 6 and 6s screens. However, Huseby decided to refuse both, which brought the case to court. Huseby’s lawyers' knowledge of the applicable law meant that Apple lost the case.

However, this victory may only have been possible under Norwegian law. Had Huseby been elsewhere in the world (especially the United States), he may well have lost the case.

Generally speaking, the applicable legislation runs against this issue, which is known as the Right to Repair. This means many customers are not covered by any relevant warranty if they disassemble or attempt to repair the devices that they have bought. Companies such as Apple assert that these measures are in place to protect customers or their own employees from harm. However, other parties, Huseby’s lawyer included, argue that this is in fact done to keep the costs of repair high and in the original manufacturer’s wheelhouse.

Even so, the existence of Daisy is an encouraging sign of the potential role of technology in making the manufacture and production of devices more sustainable and environmental-friendly.

There is no similar model available for Android devices yet. These phones exist in their hundreds of individual models and SKUs and are made by a variety of manufacturers.

It is to be hoped that the engineering that went into Daisy (and Liam) can one day be translated to the recycling of other devices in a more general way.

Top Image: Apple’s Daisy, the robot, can recycle 200 iPhones per hour and even reclaim precious metals from them. (Source: Fossbytes)

previous article
Underneath an icon cracks the literal criterion
next article
Scientists Synthesize CO2-Absorbing Mineral, Magnesite, In The Lab