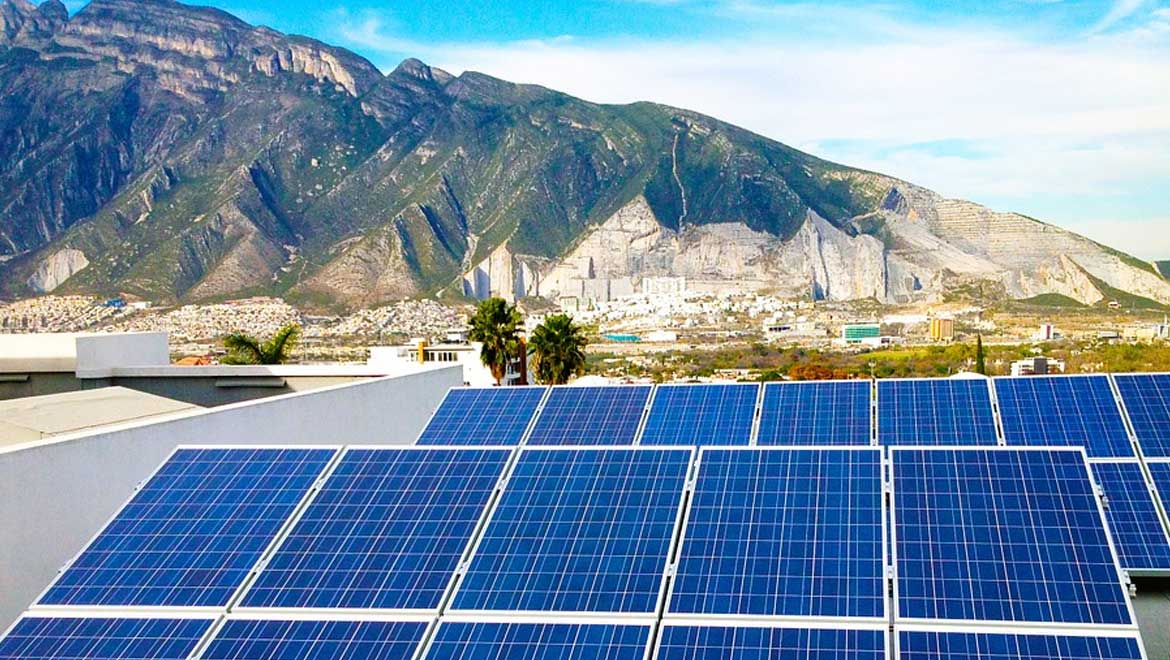 Roof-top silicon solar panels and those in large solar farms are becoming a familiar sight, thanks largely to their high efficiency and recently lower prices at near cost value, although this did prompt a US 35% import tariff from China where most are made. It had been hoped that thin film semiconductors with similar efficiency such as CIGS (copper, indium, gallium diselenide) would lower costs compared to the high price of using thick silicon wafers, but US companies were still unable to compete, and now China too is in hot pursuit of CIGS solar cells. Undeterred, and still eager for even lower costs with similar, or even higher, efficiency, world-wide attention has turned to a third generation of solar cells using ‘perovskite’ crystals as a mix of organic and inorganic materials. The organic part is the methyl ammonium group –CH3NH3, the inorganic part is derived from lead iodide, PbI2, producing methyl ammonium lead iodide: CH3NH3PbI3 (MALI) these fit together into the same crystal structure as for inorganic calcium titanate, the original perovskite:

There is also another organic component called a hole transport layer, to transport the positive charge carriers (missing electrons). The TiO2 has a porous structure so the pores provide a large surface area on which the MALI adsorbs, and so sunlight can reach sufficient MALI to excite electron-hole separation.

On July 4th 2016, in the journal Nature Energy, a group under Alexander Weber-Bargioni at Berkeley Lab found some facets of the tiny 200 nm crystals, shown in green below, give higher efficiency than others. This was said to give a potential for 31% efficiency – if the crystals could be grown with more of these facets, but that reality waits to be seen. 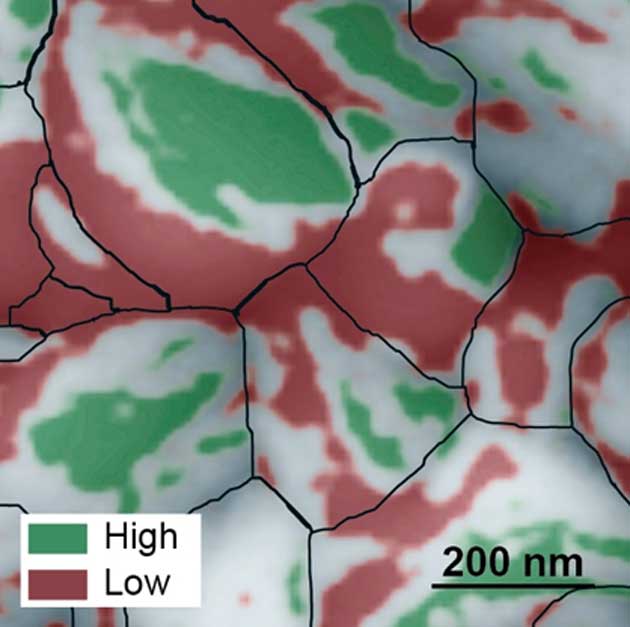 Another way to boost efficiency is to place a perovskite solar cell on top of a silicon cell as a tandem which allows the perovskite to absorb the shorter wavelength part of the sunlight and the silicon to absorb the longer wavelengths pass through the perovskite without absorption. An example of this was announced on December 22nd. Hong Kong Polytechnic University professor Charles Chee Surya and his team achieved an efficiency of 25.5% surpassing a previous best in Switzerland of 22.8%.

Also, announced on December 22nd 2016, Anita Ho-Baillie of the University of New South Wales reported to the Asia-Pacific Solar Research Conference in Canberra a 12.1% efficiency for a 16 square-centimeter perovskite solar cell. This may not seem much of a breakthrough compared to silicon cells, but is significant as most reported high efficiency values are for much smaller perovskite cells. This is because more defects occur in the larger size films.

Finally, Hsueh-Chung Liao and colleagues, in the Department of Chemistry, Northwestern University, Evanston, IL, USA, reported high efficiency for perovskite single cells by replacing some of the iodide with chloride, allowing a longer carrier diffusion length. This means that the sunlight-excited electrons travel further and reach the electrodes before being lost in recombination with positive holes (defects where there are no electrons). They found efficiencies of 18.2% for small area (0.09 cm2) and 15.4% for large-area (≈1 cm2) single solar cells.

Furthermore, a hot-casting method was used with controlled Cl− incorporation to give high stability and efficiencies of 18.2%. In addition, the use of chloride was said to improve stability by passivating the reaction of the silver electrode with the iodide. Usually, expensive gold electrodes are used being less reactive. Also, a promising dip-coating method was demonstrated for scaling up to production quantities. Larger area cells of 5 cm x 5 cm still gave quite high efficiency of 12.0%.

On December 22nd 2016, Dr. Shanghai Wang colleagues at the Energy Materials and Surface Sciences Unit of the Okinawa Institute of Science and Technology Graduate University (OIST) published a paper in Nature Energy “Accelerated degradation of methyl ammonium lead iodide perovoskites induced by exposure to iodine vapor. This shows that it’s the iodide ion, I-, reacting to form iodine vapor, I2, that is the fundamental reason for limited life. In fact, the iodine vapor then continues itself to enhance the degradation in a chain reaction. Before this, most researchers found that water, oxygen and heat were responsible, but not the precise link to iodine, except the reaction of iodine with the silver electrode. Another known factor has been the degradation of the organic transport layer. Fortunately, other more robust hole transport layers are possible, or even none at all.

Evidently, the meteoritic rise of perovskite solar cells shows no signs of slowing. Unfortunately, the more difficult problems of lead toxicity, and poor life due to attack by water and oxygen is yet to be solved for longer term applications, although improved encapsulation methods can go some way. To some extent, there could be a trade-off between high efficiency using a hole transport layer and sufficient life. The OIST authors seem to think that only finding an alternative to iodide will solve the life problem. That’s quite a challenge, but bear in mind that in the early days of liquid crystal displays and organic light-emitting diodes there were also similar short life problems, and this was eventually resolved by finding improved materials. One promising paper suggests use of modified nickel oxide for the hole transport layer, and a fullerene C60 compound as an electron transport layer better matching the perovskite conduction band. Additional use of a transparent thin silver electrode is said to allow 20% transmittance with 12.6 % efficiency for use as windows producing electricity. Indeed, these are exciting times, and with so many groups working on these solar cells, solutions might not be so far off after all. – P.H.J. Beatty.

Ref on use of nickel oxide etc: www.nature.com/articles/nenergy2016195