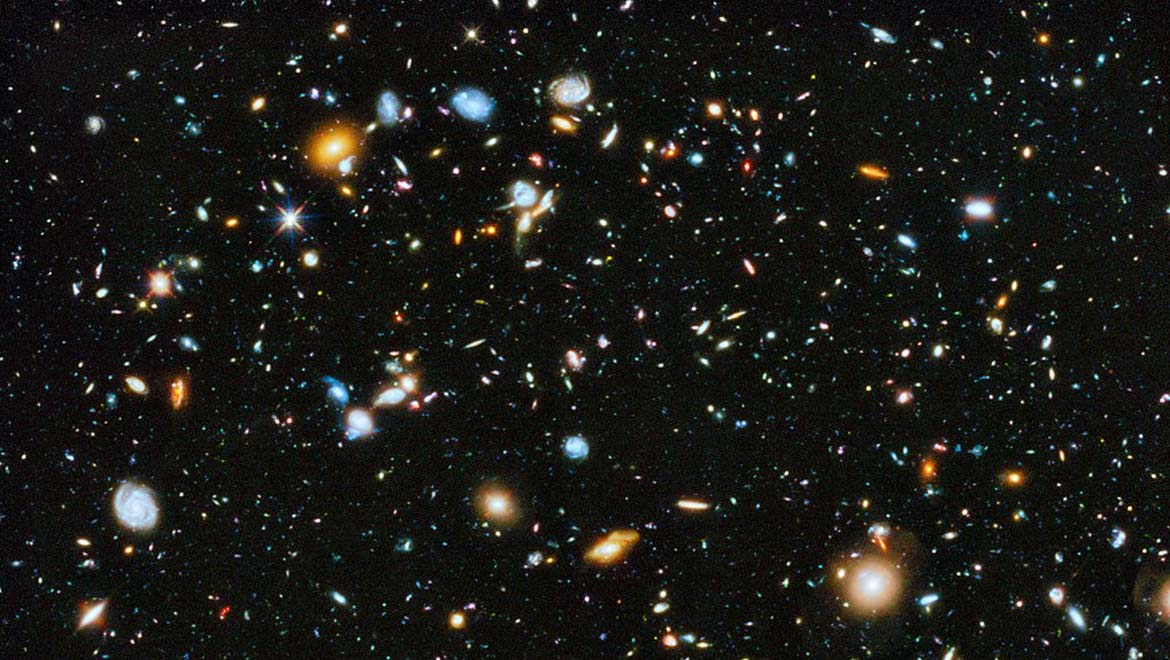 The current scientific understanding of the universe and the basis by which it exists involves the concept of anti-matter: a nebulous state that is an exact antithesis of the matter we and everything we perceive is made of. Therefore, an important question that arises from this theory is how antimatter didn’t stop a universe-load of matter existing in the first place. Some prominent researchers conclude that this is due to some fundamental imbalance of particles or forces.

In other words, there may be some crucial difference between matter and anti-matter, which underpins why matter came into being at the creation of the universe. A recent experiment at CERN has refined the accuracy with which antimatter is studied, but has not produced the expected results. Therefore, the reason for the Big Bang and it occurrence unhindered by anti-matter remains to be discovered. On the other hand, another theoretical candidate for this has been eliminated, allowing researchers to continue down this experimental path to the (hopefully) correct answer to this essential question.

The team of researchers involved in this latest project collaborated across a number of institutions in addition to CERN: the Ulmer Fundamental Symmetries Laboratory at RIKEN in Japan; the Institute of Quantum Optics at Leibniz University in Hannover; the University of Tokyo’s Graduate School of Arts and Sciences; the Physics Institute of Johannes-Gutenberg University in Mainz; the Max Planck Institute in Heidelberg; the German federal agency for technical physics and the Helmholtz Centre for Heavy Ion Research in Darmstadt. They isolated and analysed a single anti-proton, which is a unit of antimatter, in search of a critical difference between it and a regular proton. This variable was the magnetic moment, which some physicists have maintained should not be constant between antimatter and matter. The magnetic moment of anti-protons has been studied, but at different levels of accuracy, e.g. in parts per million. This new experiment analysed it in terms of 1.5 parts per billion, which may give a more reliable measure of this figure. It resulted in an enhancement of precision in measurement by a factor of about 350.

The team also varied their approach by using a ‘hot’ cyclotron-type antiproton to measure its frequency and also a second, ‘cold’ Larmor-type antiproton to do the same. These factors are part of an equation that gives the magnetic moment of the anti-particle in question. Again, this technique improved on conventional anti-proton measurements, which are known as double-Penning antiproton traps. This new variation can be regarded as a cryogenic multi-Penning trap. Penning traps are configurations of electrodes that are treated and tuned to emit magnetic fields of pre-determined, customised homogeneity.

The traps in this experiment included an ‘analysis’ trap containing the Larmor antiproton and the ‘precision’ trap containing the cyclotron antiproton. The traps contained the antiparticles and induced changes in their spin, by which measurements the values for the ‘moment’ equation were elucidated. This equipment also facilitates the imaging of one single antiproton in a way that avoids destroying it. It is notoriously difficult to keep anti-matter extant, as it reacts vigorously with any matter it encounters, whereupon it is energetically negated. The multi-Penning trap arrangement also reduced the durations of the various measurement cycles, meaning that the experimental cycle as a whole took three times less time than the team’s similar experiment that measured protons in 2014.

All in all, this set-up resulted in the calculation of the magnetic moment of an anti-proton at approximately −2.7928473441 nuclear magnetons (μN) – which is nearly a mirror-image of this value in protons. This value has been previously calculated at nearly 2.792847350μN. This mainly means that the magnetic moment is not likely to be the property that distinguishes protons from antiprotons, and that the energy that may be generated through the annihilation of a proton and antiproton is tiny: about 1.8 × 10−27 electron-volts. Therefore, it can be said that differences in magnetic moment between protons and antiprotons did not affect the process of the Big Bang. 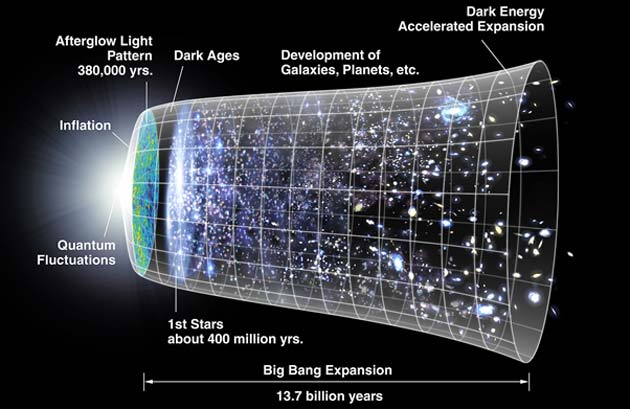 Timeline of the metric expansion of space, where space (including hypothetical non-observable portions of the universe) is represented at each time by the circular sections. On the left, the dramatic expansion occurs in the inflationary epoch; and at the center, the expansion accelerates (artist's concept; not to scale). (Public Domain)

This experiment represents a refinement in the study of antiprotons and how they behave in magnetic fields. However, it has not contributed to the definitive discovery of the ‘asymmetry’ between particles and anti-particles that some physicists believe is the essential basis of the creation of the universe. This study should of course be validated and replicated before it can be conclusively said that the magnetic moment of antiprotons cancel out that of protons so exactly. Dr. Smorra, the lead author of the paper affiliated with RIKEN and CERN, now believes that this asymmetry lies in some other factor or property of physics.

The identification of this asymmetry may involve going back to the drawing board and comparing other types of matter with its corresponding antimatter. For example, other research has done this for hydrogen and anti-hydrogen – although it also came up with a complete lack of asymmetry between the two particle types. Alternatively, the standard ‘Big Bang’ theoretical model, which posits that this event produced equal quantities of matter and antimatter, may need re-evaluation. Future directions in the study of the Big Bang event, and the factors that influenced it, now include the study of gravity and its effects on antimatter.