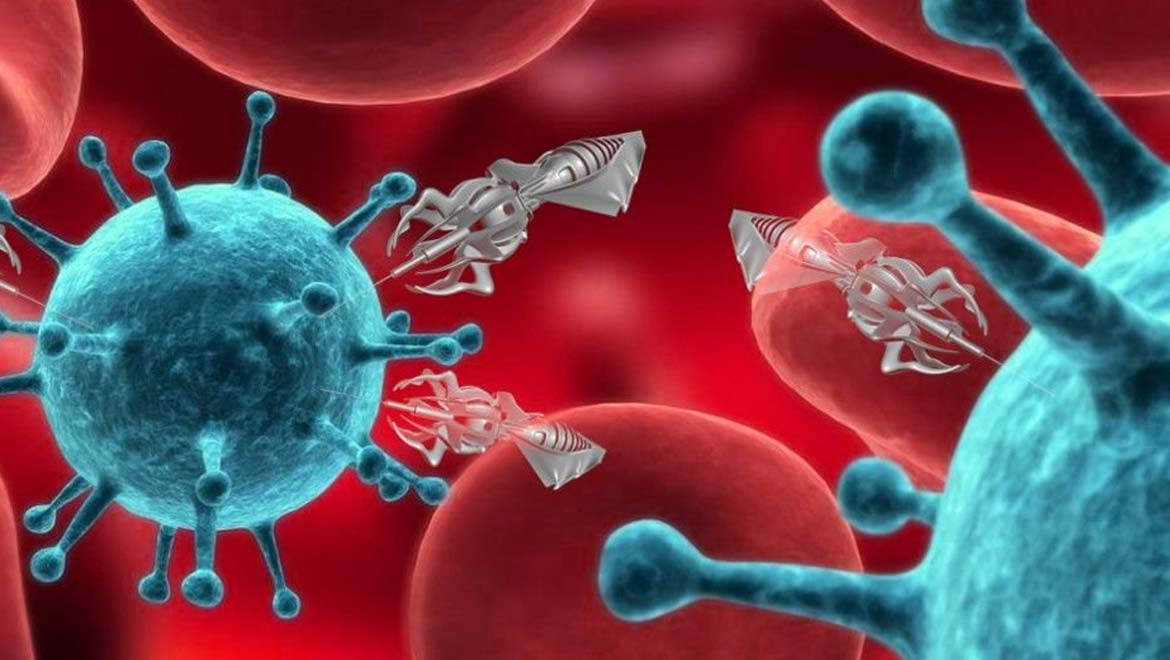 Implantable microelectromechanical systems (iMEMS) have a number of exciting applications for medicine in the future, including the delivery of drugs to treat certain localized cancers.

Whilst microelectromechanical systems are already in use, researchers have been working for years trying to improve the technology behind these current implantable microdevices. This is due to a number of limitations which affect their use, which includes the fact that most of them do not have any moving parts, which limits functionality. They also require a power source, which is usually either a battery or other electronics which can be toxic to our bodies. Whilst there are a range of iMEMS which are able to be controlled wirelessly, most of these also contain electronics which are not biocompatible.

A team from Columbia University, led by Sau Yin Chin and Samuel Sia, have spent nearly ten years trying to find a solution to this problem. They have now created a technique to rapidly produce a biocompatible microelectromechanical system made from hydrogels.

The chosen material was a hydrogel, specifically poly (ethylene glycol) (PEG).This was used because of its flexibility, safety for human use (with some of these hydrogels being approved by the U.S. Food and Drug Administration), and high levels of biocompatibility. The system they have designed uses layers of polymerized hydrogels, with each layer containing different components and configuration of the biomaterial. This allows for devices which have freely moving, 3D parts. In tests, a particular layer of the hydrogel was impregnated with iron oxide microbeads, which allows for the hydrogel to be actuated, or triggered, from a magnet externally. When the iMEMS is triggered via magnetic actuation, the drug payload is released. The team are hoping that small devices such as this could have an important role to play in treatments of cancer in the future.

In cancer patients with osteosarcoma, or bone cancer, once any tumors have been surgically removed, the patient usually undergoes a course of chemotherapy. The team hoped to demonstrate that the localized delivery of these drugs, at a much lower dose than used in conventional chemotherapy, could be an effective treatment regime. Some current microdevices can offer a constant release of a particular drug at a chosen site within the body however, a cyclical release of the drug, as offered by this new iMEMS, would offer a model more closely aligned to current chemotherapy treatment. Here, the drug could be released over a cycle of days or weeks, and allow for fine adjustments of the dose to best suit the patient.

In laboratory tests, the device was implanted into mice with osteosarcoma. Over ten days, measured doses of doxorubicin (a chemotherapy drug) were released from the iMEMS. The results showed a high level of efficacy combined with a toxicity of 1/10 of the standard chemotherapy dose.

The intention is to work towards provision of a personalized therapy whereby treatment can be tailored to the individual. It is suggested that the device could potentially be implanted at the surgical site of tumor removal. Afterwards, the treatment regime could be initiated by the physician, or even the patient themselves. It’s also hoped that the efficacy of the chemotherapy drugs will be increased by delivering them directly to the site of any tumor, also decreasing any side effects.

Biomedical Engineering Professor Samuel Sia from Columbia University said “We’re really excited about this because we’ve been able to connect the world of biomaterials with that of complex, elaborate medical devices. Our platform has a large number of potential applications, including the drug delivery system demonstrated in our paper which is linked to providing tailored drug doses for precision medicine.”