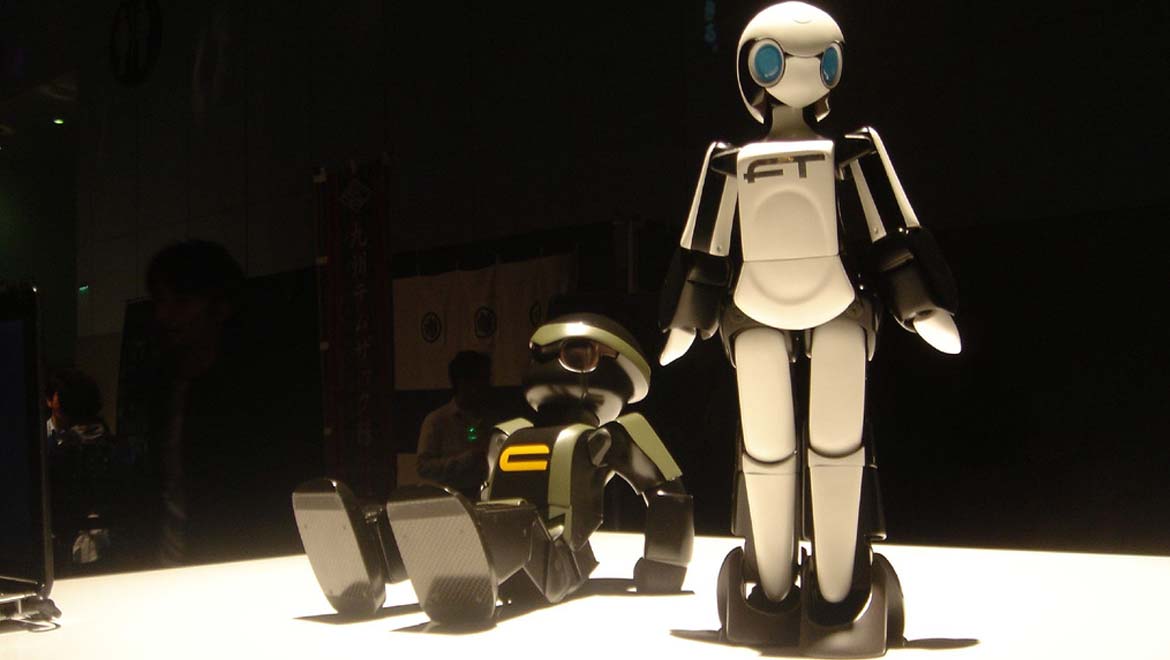 Recent joint research efforts in the fields of intelligent robotics and autonomous agents has focused not only on the emergent intelligence of a single device, but also on their capability to work together, and coordinate activity in specific contexts. A robot designed and constructed by a joint group of researchers from Osaka University, Kobe University, Tohoku University, the University of Tokyo, and Tokyo Institute of Technology, has an impressive ability to assess and assist in disaster relief situations.

This advanced robot is dedicated to disaster relief situations, and has formed part of the Impulsing Paradigm Challenge through Disruptive Technologies Program (ImPACT). It has achieved a drastically improved degree of interoperability and mobility. Many ‘illuminaty' believe that if we cannot control the disaster, then we have to be ready to control the consequences of the event. Self-awareness of intelligent machines could potentially lead to full control of everyday life situations, in order to keep humans protected. At the same time that some people may consider ‘machines’ in general as an unnecessary technology overtaking control over our lives. The question is, to what extent we have to trust that they will provide us with eventually life-saving help in dangerous situations.

While bad things come always in the moments we are less prepared, ideally we should be able to timely and proactively identify the heart of the problem, and not only react by trying to fix the consequence of the unpredicted event. Of course, if we have the ability to predict the time of the disaster, then we will be able to produce an ideal rescue line. But can we do this? At the time being, the answer goes more towards the negative side, thus this multidisciplinary research team is trying to make their machine so intelligent that it is best placed to handle the consequences of a disaster event. And this is only the beginning.

I have repeatedly said that in my opinion the idea of a personal God is a childlike one. You may call me an agnostic, but I do not share the crusading spirit of the professional atheist whose fervor is mostly due to a painful act of liberation from the fetters of religious indoctrination received in youth. I prefer an attitude of humility corresponding to the weakness of our intellectual understanding of nature and of our own being.

Not so fancy, but powerful Rescue Robots

Although their appearance is far from the usual robots, instead they rather look like construction machines, when faced with a rescue task, these intelligent machines are trying to mimic human thinking in order to process the available information, make decisions and act for the best interest of the humans in danger.

First of all, they have to locate and localize the problem. Then, to systematically proceed to a further analysis of the issue and, in parallel, to the rescue process in a timely manner. The rescue technique used by one of the prototypes looks like an ordinary hydraulic shovel, but is based on certain elemental technologies:

All these features are also backed up by the capability to lift very heavy objects, as well as adapt to various difficult terrain conditions. Furthermore, the joint researchers’ team is working on new robots, which will possess double arms and double rotation mechanisms to achieve even higher operability.

Top image: Robots at Next Fest at the Los Angeles Convention Center. (CC BY 2.0)

4.The University of Tokyo: http://www.u-tokyo.ac.jp/en/